“Are the invalid annuity reduction provisions of Public Act 98-599 severable from the remainder of the statute?” 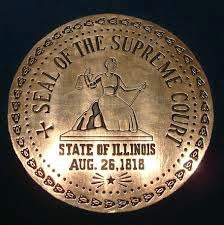 Some Illinois legislators are saying in the media that there were good things in the so-called "pension reform" bill, that it was a "balanced" bill:

“…The issue of severability involves a question of statutory construction, which primarily involves ascertaining and giving effect to the intent of the legislature. In determining whether a statutory provision containing an unconstitutional portion may be severed from the rest of a statute, we look first at the statute’s own specific severability provision, if it has one. People v. Mosley, 2015 IL 115872, ¶ 29. Public Act 98-599 does.

“The Act includes a provision dealing with the ‘severability and inseverability’ of the law’s numerous components. Set forth in section 97 of the statute, this severability provision states that the various sections of the law are severable under section 1.31 of the Statute on Statutes (5 ILCS 70/1.31 (West 2012)), with the exception of certain specific sections. Under the Act, those particular sections, 39 of them in all, ‘are mutually dependent and inseverable from one another but are severable from any other provision of this Act.’ Pub. Act 98-599, § 97 (eff. June 1, 2014).

“Severability principles would doom the statute in any case. Under Illinois law, severability clauses are not conclusive. That is because a court’s authority to eliminate invalid elements of an act and yet sustain its valid provisions derives not from legislative fiat, but from powers inherent in the judiciary. The practice of holding statutory provisions severable from those that are found to be invalid originated in the courts long before severability clauses were adopted by legislatures. Although the use of severability clauses has now become common practice, we have noted that they are regarded as little more than a formality. Cincinnati Insurance Co. v. Chapman, 181 Ill. 2d 65, 81 (1998).

“Even when a statute contains an express severability clause, the clause is merely viewed as reflecting a rebuttable presumption of legislative intent. Best v. Taylor Machine Works, 179 Ill. 2d 367, 460 (1997). The presumption of severability reflected in an express severability clause will be overcome, and the entire statute will be held unconstitutional, if the legislature would not have passed the law without the provisions deemed invalid. To determine whether the legislature would not have passed the law without the invalid parts, the courts consider whether the legislative purpose in passing the act is significantly undercut or altered by the elimination of those invalid sections. Even in cases where the valid sections of an act are complete and capable of being executed, the entire act will be declared void if, after striking the invalid provisions, the part that remains does not reflect the legislature’s purpose in enacting the law. Id. at 461-62.

“Applying these principles to the case before us, there can be no serious question that, with invalidation of those provisions of Public Act 98-599 which reduce the retirement annuities Tier 1 members of the GRS, SERS, SURS and TRS are entitled to receive, the entire statute must fall. As noted earlier in this opinion, the legislation’s proponents described its numerous provisions as ‘all part of an integral bipartisan package.’ The overarching purpose of the law was to shore up State finances, improve its credit rating and free up resources for other purposes by reducing, i.e., diminishing, the amount of retirement annuity benefits paid to Tier 1 members of GRS, SERS, SURS, and TRS, particularly annual annuity increases, which the speaker of the House of Representatives himself referred to as the chief cause of the financial problems the Act was intended to address. 98th Ill. Gen. Assembly, House Proceedings, Dec. 3, 2013, at 7 (statements of Representative Madigan).

“The annuity reduction provisions are therefore not merely central to the statute, they are its very reason for being. Without them, the legislature would not have enacted the law at all. To leave those remaining provisions standing once the core sections are stripped away would, under these circumstances, yield a legislation package that no longer reflects the legislature’s intent. The circuit court was therefore correct when it concluded that Public Act 98-599 is void and unenforceable in its entirety…” (In re PENSION REFORM LITIGATION (Doris Heaton et al., Appellees, v. Pat Quinn, Governor, State of Illinois, et al., Appellants) Opinion filed May 8, 2015, JUSTICE KARMEIER delivered the judgment of the court, with opinion. Chief Justice Garman and Justices Freeman, Thomas, Kilbride, Burke, and Theis concurred in the judgment and opinion).