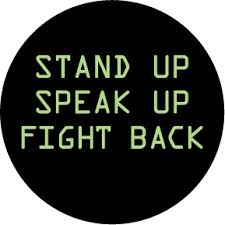 What kind of union is the IEA or how to keep members from talking about significant issues:

Case in point: A New Business Item was presented at the IEA Representative Assembly last April.

It was called New Business Item #3:

Text of Motion: “The IEA-RA directs the IEA-RA Planning Committee to no longer have an invocation that is led by a religious figure who mentions religion or a religious deity.”

Rationale: “The IEA is a non-religious union who should not expect its members to ask any religious deity (i.e. ‘Holy Father’) for guidance. Members of this union are not just Christian, but of other religions as well.” (Submitted by Justine Rovin and seconded by Louis Passau).

The “invocation” discussion was allowed more time (at least several minutes) on the floor than any other issue. The New Business Item did not pass. Amendment I of the U.S. Constitution was never cited.

What the IEA never talked about at the Representative Assembly were strategies for after the Supreme Court ruling -- no plan on how to proceed in protecting our pensions again and battling the privatization of public schools; no discussion about pushing the issue of a progressive income tax again or preventing the possibility of the state transferring the normal costs (to pensions) to school districts; no strategies were debated for dealing with a despotic governor and his right-to-work agenda and vehement attacks on unions; no thoughts about promoting a progressive candidate early on for governor in the next election to avoid supporting another ALEC candidate and a politician who signed the so-called pension reform bill; no tactics were discussed for engaging the many liars and thieves of the Illinois General Assembly, the Civic Committee of the Commercial Club of Chicago, the Civic Federation, the Illinois Policy Institute, and the media...

"Unions, organizations formerly steeped in the doctrine of class struggle and filled with those who sought broad social and political rights for the working class, have been transformed into domesticated partners of the capitalist class. They have been reduced to simple bartering tools. The social demands of unions early in the twentieth century that gave the working class weekends off, the right to strike, the eight-hour day, and Social Security have been abandoned” (Chris Hedges).