From the 12-page legal document recently filed by the law firm of Tabet, DiVito & Rothstein on behalf of the plaintiffs named from the IRTA and IASA 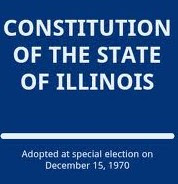 "…The Constitution of the State of Illinois contains a guarantee relied upon by many thousands of active and retired teachers and school administrators for more than four decades. That guarantee, perhaps more so than anything else in the Illinois Constitution, was used by countless families across Illinois to plan careers, retirements and financial futures. When teachers and school administrators decided to continue educating Illinois children instead of transitioning to careers in the private sector or working elsewhere, when they decided where to send their children to college, and when they decided when and how to retire, they relied upon that guarantee. Many of them can recite that constitutional guarantee by heart. Its words are clear and simple:

"'Membership in any pension or retirement system of the State, any unit of local government or school district, or any agency or instrumentality thereof, shall be an enforceable contractual relationship, the benefits of which shall not be diminished or impaired.'

"See Constitution of the State of Illinois, Art. XIII, § 5. This guarantee, which the people of Illinois ratified over four decades ago, has never been amended. The guarantee is commonly known as the Pension Protection Clause of the Illinois Constitution.

"The framers of the Illinois Constitution left unmistakable evidence of their intent in drafting the Pension Protection Clause. The delegates to the Illinois Constitutional Convention debated whether to include this guarantee on July 21, 1970. Its sponsor, Delegate Henry Green, explained that 'in Illinois today we have public employees who are beginning to lose faith in the ability of the state and its political subdivisions to meet these benefit payments.' Green added that, as of 1970, the unfunded accrued liabilities of public sector pension plans in Illinois had reached almost $2.5 billion, and he added that 'the General Assembly has failed to meet its commitments to finance the pension obligations on a sound basis.' Green said that the Pension Protection Clause would 'guarantee' pension rights and 'direct the General Assembly to take the necessary steps to fund the pension obligations.'

"Green said to his fellow delegates, 'I believe we have at least put the General Assembly on notice that these memberships are enforceable contracts and that they shall not be diminished or impaired.'

"Green’s sentiments were echoed by Delegate Helen Kinney, a co-sponsor of the Pension Protection Clause, who explained: 'All we are seeking to do is to guarantee that people will have the rights that were in force at the time they entered into the agreement to become an employee, and . . . if the benefits are $100 a month in 1971, they should be not less than $100 a month in 1990.'

"In the ensuing debate, Delegate James Kemp added the following: '[C]ivil service employees who retired never had their pension altered or amended, even during those trying times during the days of the Depression. . . . I would presume that the purpose of this proposal is to make certain that irrespective of the financial condition of a municipality or even the state government, that those persons who have worked for often substandard wages over a long period of time could at least expect to live in some kind of dignity during their golden years . . .' (emphasis added).

"The Pension Protection Clause was approved by the Constitutional Convention and ratified by the people of Illinois.

"Over the years, the Illinois Supreme Court has had several occasions to interpret the Pension Protection Clause. The Illinois Supreme Court’s decisions have been consistent: '[T]his court has consistently invalidated amendments to the Pension Code where the result is to diminish benefits.' McNamee v. State, 173 Ill. 2d 433, 445 (1996). That is because, under the Pension Protection Clause, the 'contractual relationship' between a retirement system member and the State of Illinois is 'governed by the actual terms of the Pension Code at the time the employee becomes a member of the pension system.' McNamee, 173 Ill. 2d at 439.

"In a strikingly similar context, the Illinois Supreme Court also has warned: 'No principle of law permits us to suspend constitutional requirements for economic reasons, no matter how compelling those reasons may seem.' Jorgensen v. Blagojevich, 211 Ill. 2d 286, 316 (2004).

"The guarantee on which so many relied has been violated. On December 3, 2013, the General Assembly passed, and on December 5, 2013, Governor Pat Quinn signed into law, a 'reform' of the Illinois pension system. That legislation was known as Senate Bill 1 and now is Public Act 98-0599. It is not true reform. It is an unapologetic violation of the Pension Protection Clause of the Illinois Constitution. Public Act 98-0599 directly diminishes and impairs the benefits of membership in a retirement system of the State.

"Public Act 98-0599 amends the Illinois Pension Code so as to diminish pre­existing pension rights in at least three significant ways.

"First, Public Act 98-0599 changes the formula used to calculate the cost of living adjustment (COLA) for pension annuities, so as to lessen the pension annuities that retirees currently receive and those that current employees had been promised.

"More specifically, Public Act 98-0599 adds new language to the Pension Code which provides that, on or after the Act’s effective date, COLAs 'shall be calculated as 3% of the lesser of (1) the total annuity payable at the time of the increase, including previous increases granted, or (2) $1,000 multiplied by the number of years of creditable service upon which the annuity is based . . . .' (See, e.g., the Act’s amendment to 40 ILCS 5/16-133.1.) Prior to Public Act 98-0599, the Pension Code provided for COLAs of 3% compounded annually. (See id.)

"Public Act 98-0599 also provides that State retirement system members who have not begun to receive a retirement annuity before July 1, 2014, will receive no COLA at all on alternating years for varying lengths of time, depending on their age. (See, e.g., the Act’s amendment to 40 ILCS 5/16-133.1.)

"Third, Public Act 98-0599 imposes a new cap on the pensionable salary of members of certain State retirement systems. (See, e.g., the Act’s amendment to 40 ILCS 5/16­121.) That cap is the greater of: (a) the salary cap that previously applied only to members who joined the retirement system on or after January 1, 2011; (b) the member’s annualized salary as of June 1, 2014; and (c) the member’s annualized salary immediately preceding the expiration, renewal, or amendment of an employment contract or collective bargaining agreement in effect on June 1, 2014. (See id.)

"The Teachers’ Retirement System of the State of Illinois (TRS) is one of the affected State retirement systems. Even one of the legislative leaders who pushed this legislation through the General Assembly, Illinois Senate President John Cullerton, has publicly acknowledged that Public Act 98-0599 suffers from 'serious constitutional problems.' See Ray Long & Monique Garcia, Illinois Lawmakers Approve Major Pension Overhaul, Chicago Tribune, Dec. 4, 2013.

"Many thousands of livelihoods depend on consistent enforcement of the Pension Protection Clause. Countless careers, retirements, personal investments and medical treatments have been planned in justifiable reliance not only on the promises that were made in collective bargaining agreements, employment agreements and the Illinois Pension Code, but also on the guarantee of the Pension Protection Clause.

"This case presents an actual controversy concerning the unconstitutionality of Public Act 98-0599. The plaintiffs and all members of the class they represent have a direct interest in that actual controversy. 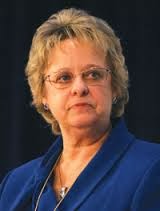 “The lawsuit names Quinn, Illinois Comptroller Judy Baar Topinka and the Illinois Teachers' Retirement System's (TRS) board of trustees as defendants and seeks preliminary and permanent injunctive relief. It was filed as a class action, representing retired and active members of TRS, who are not currently members of any teachers' labor union” (Reuters).

It’s the way the law works: IRTA is suing TRS Board. Why? The Board will become administrators of the law.

Is the fact that Klickna is both president of IEA and a TRS trustee a conflicting and disadvantageous set of circumstances for herself, as well as for members of both the IEA and TRS?

“[It is stated] the primary duties in Illinois law that apply to pension fund trustees are prudence, loyalty, and avoiding conflicts of interests. The prudence and loyalty standards are taken directly from the Federal Employee Retirement Income Security Act statute. These standards establish that trustees must ‘protect the overall actuarial soundness of the fund,’ but do not extend to a protection of particular benefits for members.

"Trustees owe no duty to the legislature, organized labor, the governor, retired teacher associations or contributing employers… While trustees are entitled to fill multiple roles, they ‘cannot wear more than one hat when sitting at the table as a trustee…’ A trustee’s fiduciary duty does not require opposing benefit reductions… Trustees must keep in mind that benefit reductions improve the fiscal soundness of a fund. This fact highlights the potential conflict of interest for a trustee who is also a member…” (Ian Lanoff, fiduciary counsel for Groom Law Group in Washington, DC, “Comments on Fiduciary Duty,” Illinois TRS Board Meeting, August 4, 2011).

from Assumptions, Concerns and Questions Regarding the Illinois Teachers Retirement System’s Possible Insolvency and Conflicts

“The Illinois Retired Teachers Association filed suit Friday challenging the constitutionality of the state’s historic but controversial plan to deal with the nation’s most underfunded public employee pension system.

“The lawsuit is the first of what could be many filed on behalf of state workers, university employees, lawmakers and teachers outside Chicago. The legal challenge argues the law, which limits cost-of-living increases, raises retirement ages for many current workers and caps the amount of salaries eligible for retirement benefits, violates the State Constitution.

“The lawsuit, filed in Cook County Circuit Court on behalf of eight non-union retirees, teachers and superintendents who are members of the state’s Teacher Retirement System, contended the constitutional ‘guarantee on which so many relied has been violated.’

‘“Countless careers, retirements, personal investments and medical treatments have been planned in justifiable reliance not only on the promises that were made in collective bargaining agreements and the Illinois Pension Code, but also on the guarantee of the (State Constitution’s) Pension Protection Clause,’ the lawsuit said…

“At issue is a provision of the 1970 Illinois Constitution which states that public pensions represent ‘an enforceable contractual relationship, the benefits of which shall not be diminished or impaired.’ The new law, however, scales back what had been annual 3 percent compounded cost-of-living increases to retirees. Instead, retirees would get 3 percent, non-compounding yearly bumps based on a formula that takes into account their years of service multiplied by $1,000. The $1,000 factor would be increased by the rate of inflation each year.

“The measure also requires many current workers to skip up to five annual cost-of-living pension increases when they retire. For current workers, it also would boost the retirement age by up to five years, depending on how old they are…

“But the lawsuit contended the constitutional ‘guarantee, perhaps more so than anything else in the Illinois Constitution, was used by countless families across Illinois to plan careers, retirements and financial futures.’ It argues the state Supreme Court has consistently struck down attempts to change the state’s pension laws when benefits are diminished and that justices have warned that constitutional requirements cannot be suspended for economic reasons…

“Representatives of the We Are One coalition of public employee unions, including the state’s two major teachers’ unions, have said they expect to file suit after the New Year. Their lawsuit is expected to be filed outside of Cook County — in part reflecting a concern that powerful Democratic House Speaker Michael Madigan plays a powerful political interest in determining judgeships in the Chicago area…”