Re: Puerto Rico’s Pension Problems (from the National Council on Teacher Retirement)

“The following is excerpted with permission from the National Council on Teacher Retirement (NCTR) e-newsletter NCTR FYI”:

The Senate appears poised to take up the recently-passed House version of an assistance package for Puerto Rico before the end of this week, when the island is confronted with $2 billion in debt payments due.  U.S. Treasury Secretary Jack Lew has warned that in the event of default, and if creditor lawsuits are successful, “a judge could immediately order Puerto Rico to pay creditors over essential services such as health, education, and public safety,” forcing the Commonwealth “to lay off police officers, shut down public transit, or close a hospital.”

Senate Majority Leader Mitch McConnell (R-KY) has scheduled a cloture vote tomorrow, Wednesday June 29th, on H.R. 5278, the Puerto Rico Oversight, Management, and Economic Stability Act (PROMESA), that the House of Representatives adopted on June 9th by a bipartisan vote of 297-127.  The bill did not include any language imposing a version of the Public Employee Pension Transparency Act (PEPTA) that Congressman Devin Nunes (R-CA) introduced earlier this year on the nation’s governmental retirement systems; and with the impending Senate cloture vote, it appears increasingly unlikely that an attempt will be made to add a PEPTA provision in the Senate.

In order to invoke cloture, the support of three-fifths of the whole number of Senators (sixty if there are no vacancies, as is currently the case) is required.  If successful, a cloture vote would limit debate on the legislation to 30 hours, thereby ensuring a vote on final passage prior to the Friday deadline.  Cloture would also limit the number and nature of amendments that would be allowed to be offered.

Thus, in order to obtain cloture, every one of the 54 GOP Senators would have to approve, as well as six additional Democrats.  Then, in order to avoid sending the legislation back to the House—which would ensure that the Friday deadline would be missed—the bill would have to be adopted without amendment.

While there are Senators of both parties who are not happy with H.R. 5278, and who want to be able to offer amendments, it appears increasingly likely that there is sufficient support for simply adopting the House-passed bill and sending it to the President, who has said he would sign it.  For example, Senator Bill Nelson (D-FL) has now urged his colleagues to back the House-passed Puerto Rico legislation, calling it “the only bill that we have before us that could get by the Tea Party element in the House.”

In a statement on the Senate floor on Monday, June 27th, Nelson said that “[w]e’re out of time,” that the Senate needs to act, and that the House-passed bill “is the only bill moving.”  Nelson is the first Democrat to indicate that he would support the House bill as-is, and comments from Senator Chuck Schumer (D-NY), the anointed heir to current Senate Democratic leader Harry Reid (D-NV), suggest that if Senate Republicans fall in line in support of the measure, then Democrats will not block the bill from passing.

While attempts to add unrelated public pension provisions such as PEPTA appear to have been successfully thwarted—knock on wood!—the Puerto Rico legislation is still viewed by some as a template for future Congressional action to “bail out” public pension plans in other states.  For example, Ike Brannon, a visiting fellow with the Cato Institute, recently wrote a piece for The Hill entitled “How the Puerto Rico Rescue Makes State Pensioners the Big Winner.”

(This is a significant piece for several reasons.  First, the Cato Institute is a libertarian Washington, DC, think tank originally founded as the Charles Koch Foundation in 1974.  In addition to its broad anti-tax policies, the Cato Institute was one of the first to advocate for the privatization of Social Security, and also opposes public schools, arguing that the country should “break up the long-standing government monopoly” and move “toward a competitive education market.”  Brannon himself has a substantial resume, having served as the chief economist for the Republican Policy Committee, senior adviser for tax policy at the U.S. Treasury, principal economic adviser for Senator Orrin Hatch (R-UT) on the Senate Finance Committee, chief economist for the Congressional Joint Economic Committee, and chief economist for the John McCain presidential campaign in 2008.  Finally, The Hill has the largest circulation of any Capitol Hill publication, with more than 24,000 print readers.)

In this article, Brannon’s views with regard to the state of public pensions can best be derived from this quote:  “The prospect of states having to pay their large baby boomer cohort pensions that can exceed $100,000 a year per retiree for the remaining 30 or 40 years of their lives is a daunting tab.”

He then goes on to note that in some states with the most serious funding problems, such as Illinois, it is often not possible to reduce pension benefits due to state constitutional protections, and the level of tax increases necessary to fully fund the state pension funds would take “a New Jersey–style personal income tax system, where everyone is paying more money than they are now and the wealthy are paying a lot more, like in the ballpark of 10 percent.”  And, he observes, “The second that taxpayers realized their tax rates had doubled or tripled solely to pay for the generous pensions of state employees that dwarf their own, riots will ensue.”

Therefore, Brannon argues that the “political path of least resistance is to make the hedge funds and other investors” who lent to states such as Illinois pay for the state’s pension shortfall. Furthermore, he insists, the Puerto Rico solution being devised by Congress “provides a viable path to make that happen.”

According to Brannon, while Puerto Rico was not supposed to be eligible for bankruptcy, “the legislation before Congress will allow the territory to reduce its debt, both general-obligation and non-general-obligation debt.”  “If the bill does become law,” he explains, “the island will promptly cease making payments to its bondholders for the indefinite future,” and, since the bill also stays creditor lawsuits, Puerto Rico will proceed to “use the funds freed up by stiffing the creditors to hire more workers, build infrastructure and put money into its nearly bankrupt pension fund.”  And when these stays are lifted, the Puerto Rican government “can pull out its pockets and plead poverty and any creditor that lost money during the stay will likely be out of luck.”

“This is the blueprint Illinois will almost surely follow,” Brannon insists, with the state asking that Congress extend it some sort of “bankruptcy” protection.  Congress will be presented with a choice that he describes as either protecting “the evil vulture funds from Wall Street that lent [Illinois] money,” or “the hardworking state employees who just want the pension promised to them.”

“The safe bet is that before too long, Illinois will be allowed to stiff its creditors at a propitious moment—not before trashing them [as] avaricious or immoral, no doubt—and their pensioners will be held harmless, too,” Brannon concludes.  “And before too long, the next state will take its cue from Illinois, and the pattern will be set, if not by law then by custom:  State employees on a defined benefit pension will always come before investors who foolishly lent money to their state,” he warns, and “no one will care one whit if that money represents the retirement funds of other U.S. citizens, either.”

The result?  Brannon says that investors will stop treating the muni market as being “a safe bet,” and “the borrowing rates for townships and cities and parks will reflect the new reality of caveat creditor.”  “Left on the hook will be the taxpayer, whose governments will pay sharply higher interest rates going forward,” he concludes.

This line of reasoning has been presented previously, but perhaps not quite so well-articulated by quite so influential a voice in certain circles.  As Brannon said in an earlier piece in The Hill, “Like it or not, what we do in Puerto Rico sets a precedent that the market will assume will be followed to absolve future government insolvencies, and setting aside an explicit constitutional promise to general obligation bondholders will have repercussions.”

“Pretending otherwise is absurd,” Brannon warned, and there are those who think he is right—and that Congress should therefore take pre-emptive action when it comes to public pension plans’ finances.  In short, while public pensions will hopefully have won the battle this time around with regard to PEPTA, there is every reason to believe that the larger war will continue, in Congress and in state legislatures.
Posted by gbrown at 12:45 PM 2 comments:

"The Illinois government is making a conscious decision that its public universities... are expendable" (Letters to the Editor, Chicago Sun-Times) 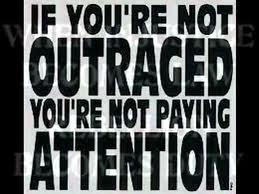 A recent op-ed in the New York Times [“Higher Education in Illinois is Dying,” June 3] has brought national attention to the shameful budget stalemate in Illinois, and its resulting devastation of our public universities.

By failing to secure a budget, Gov. Bruce Rauner has created a climate in which faculty and students alike have begun to flee, taking their talents and tuition dollars out of state. Springfield may think that our universities can sustain massive cuts to their operating budgets without lasting impact.

As faculty at Illinois’ public universities, we come together here to say that they are wrong. Education is the engine of economic growth in our state. The rapid decline in revenues that Illinois continues to experience will only worsen with disinvestment in the knowledge and skills of its citizens. All public servants, whether employed at the university or in state government, have a responsibility to fulfill. We cannot fulfill ours unless you fulfill yours.

However we arrived at the current economic crisis, it cannot be bettered when compromise is only viewed as failure, and when precious state resources are used to further a political agenda. Inaction is not benign. The Illinois government is making a conscious decision that its public universities, the culmination of 150 years of state, federal, community, and private effort and investment, are expendable. This is unacceptable.

Article X of our state Constitution sets “the educational development of all persons” as a goal, promises “to provide for an efficient system of high quality educational institutions and services,” and assigns the state “the primary responsibility for financing the system of public education.” An engaged citizenry is the bedrock of democracy, and access to excellent and affordable public education is a civil right. Time is running out to ensure it.