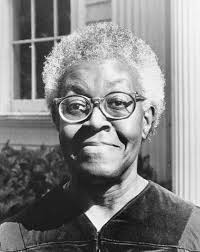 The Children of the Poor

People who have no children can be hard:
Attain a mail of ice and insolence:
Need not pause in the fire, and in no sense
Hesitate in the hurricane to guard.
And when wide world is bitten and bewarred
They perish purely, waving their spirits hence
Without a trace of grace or of offense
To laugh or fail, diffident, wonder-starred.
While through a throttling dark we others hear
The little lifting helplessness, the queer
Whimper-whine; whose unridiculous
Lost softness softly makes a trap for us.
And makes a curse. And makes a sugar of
The malocclusions, the inconditions of love.

What shall I give my children? who are poor,
Who are adjudged the leastwise of the land,
Who are my sweetest lepers, who demand
No velvet and no velvety velour;
But who have begged me for a brisk contour,
Crying that they are quasi, contraband
Because unfinished, graven by a hand
Less than angelic, admirable or sure.
My hand is stuffed with mode, design, device.
But I lack access to my proper stone.
And plenitude of plan shall not suffice
Nor grief nor love shall be enough alone
To ratify my little halves who bear
Across an autumn freezing everywhere.

And shall I prime my children, pray, to pray?
Mites, come invade most frugal vestibules
Spectered with crusts of penitents’ renewals
And all hysterics arrogant for a day.
Instruct yourselves here is no devil to pay.
Children, confine your lights in jellied rules;
Resemble graves; be metaphysical mules.
Learn Lord will not distort nor leave the fray.
Behind the scurryings of your neat motif
I shall wait, if you wish: revise the psalm
If that should frighten you: sew up belief
If that should tear: turn, singularly calm
At forehead and at fingers rather wise,
Holding the bandage ready for your eyes.

The Lovers of the Poor

Arrive. The Ladies from the Ladies' Betterment League
Arrive in the afternoon, the late light slanting
In diluted gold bars across the boulevard brag
Of proud, seamed faces with mercy and murder hinting
Here, there, interrupting, all deep and debonair,
The pink paint on the innocence of fear;
Walk in a gingerly manner up the hall.

Cutting with knives served by their softest care,
Served by their love, so barbarously fair.
Whose mothers taught: You'd better not be cruel!
You had better not throw stones upon the wrens!
Herein they kiss and coddle and assault
Anew and dearly in the innocence
With which they baffle nature. Who are full,
Sleek, tender-clad, fit, fiftyish, a-glow, all
Sweetly abortive, hinting at fat fruit,
Judge it high time that fiftyish fingers felt
Beneath the lovelier planes of enterprise.

To resurrect. To moisten with milky chill.
To be a random hitching-post or plush.
To be, for wet eyes, random and handy hem.
Their guild is giving money to the poor.
The worthy poor. The very very worthy
And beautiful poor. Perhaps just not too swarthy?
Perhaps just not too dirty nor too dim
Nor--passionate. In truth, what they could wish
Is--something less than derelict or dull.

Not staunch enough to stab, though, gaze for gaze!
God shield them sharply from the beggar-bold!
The noxious needy ones whose battle's bald
Nonetheless for being voiceless, hits one down.
But it's all so bad! and entirely too much for them.
The stench; the urine, cabbage, and dead beans,
Dead porridges of assorted dusty grains,
The old smoke, heavy diapers, and, they're told,
Something called chitterlings. The darkness. Drawn
Darkness, or dirty light. The soil that stirs.

The soil that looks the soil of centuries.
And for that matter the general oldness. Old
Wood. Old marble. Old tile. Old old old.
Not home kind Oldness! Not Lake Forest, Glencoe.

Nothing is sturdy, nothing is majestic,
There is no quiet drama, no rubbed glaze, no
Unkillable infirmity of such
A tasteful turn as lately they have left,
Glencoe, Lake Forest, and to which their cars
Must presently restore them. When they're done
With dullards and distortions of this fistic
Patience of the poor and put-upon.

They've never seen such a make-do-ness as
Newspaper rugs before! In this, this 'flat,'
Their hostess is gathering up the oozed, the rich
Rugs of the morning (tattered! the bespattered. . . .)
Readies to spread clean rugs for afternoon.

Here is a scene for you. The Ladies look,
In horror, behind a substantial citizeness
Whose trains clank out across her swollen heart.
Who, arms akimbo, almost fills a door.
All tumbling children, quilts dragged to the floor
And tortured there over, potato peelings, soft-
Eyed kitten, hunched-up, haggard, to-be-hurt.

Their League is allotting largesse to the Lost.
But to put their clean, their pretty money, to put
Their money collected from delicate rose-fingers
Tipped with their hundred flawless rose-nails seems...

They own Spode, Lowestoft, candelabra,
Mantels, and hostess gowns, and sunburst clocks,
Turtle soup, Chippendale, red satin 'hangings,'
Aubussons and Hattie Carnegie. They Winter
In Palm Beach; cross the Water in June; attend,
When suitable, the nice Art Institute;
Buy the right books in the best bindings; saunter
On Michigan, Easter mornings, in sun or wind.

Oh Squalor! This sick four-story hulk, this fibre
With fissures everywhere! Why, what are bringings
Of loathe-love largesse? What shall peril hungers
So old old, what shall flatter the desolate?

Tin can, blocked fire escape and chitterling
And swaggering seeking youth and the puzzled wreckage
Of the middle passage, and urine and stale shames
And, again, the porridges of the underslung
And children children children. Heavens! That
Was a rat, surely, off there, in the shadows? Long
And long-tailed? Gray? The Ladies from the Ladies'
Betterment League agree it will be better
To achieve the outer air that rights and steadies,
To hie to a house that does not holler, to ring
Bells else time, better presently to cater
To no more possibilities, to get
Away. Perhaps the money can be posted.
Perhaps they two may choose another slum!
Some serious sooty half-unhappy home!--
Where loathe-love likelier may be invested.

Keeping their scented bodies in the center
Of the hall as they walk down the hysterical hall,
They allow their lovely skirts to graze no wall,
Are off at what they manage of a canter,
And, resuming all the clues of what they were,
Try to avoid inhaling the laden air.