The Impact of Defined-Benefit Pension Plans 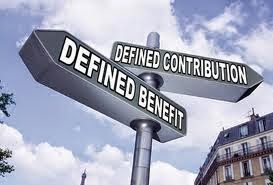 Pensionomics 2014: Measuring the Economic Impact of Defined Benefit Pension Expenditures reports the national economic impacts of public and private pension plans, as well as the impact of state and local plans on a state-by-state basis. The study measures the economic ripple effect of retiree spending of pension benefit income, which typically is a stable source of income that lasts through retirement…
This biennial study by the National Institute on Retirement Security finds that jobs supported by pension expenditures in 2012 paid nearly $307 billion in labor income. The analysis indicates that pension spending by retirees supported some $135 billion in tax revenue at the local, state and federal levels.

Pensionomics 2014 includes a business and a retiree profile to demonstrate the importance of pensions to retirees, businesses in the economy and government coffers. The study also calculates that for 2012:

Nearly $477 billion in pension benefits were paid to 24 million retired Americans, including:

Expenditures made out of those payments collectively supported:

The study is authored by Nari Rhee, Ph.D.., NIRS manager of research. It was conducted using the most current data available from the U.S. Census Bureau and IMPLAN, an input-output modeling software widely used by industry and governments analysts.

The National Institute on Retirement Security is a non-profit organization established to contribute to informed policymaking by fostering a deep understanding of the value of retirement security to employees, employers, and the economy through national research and education programs.

Posted by gbrown at 9:20 AM No comments:

For the discussion, click on link below:
Pension Problems | Chicago Tonight | WTTW

Every interview, every article, every editorial, and every legislative session about Illinois public pension reform should begin with these statements:

The public pension systems were not and are still not the cause of the state’s budget deficits. The state’s budget deficits were triggered by past policymakers’ corruption, arrogance and irresponsibility and are currently perpetuated by some members of this General Assembly. The state's pension debt and revenue problems need to become our legal and moral emphasis. Breaking a constitutionally-guaranteed contract (or reneging on pension benefits and rights that were earned!) with the state’s public servants is the wrong focus! To reiterate, this flagrant disregard for the State and U.S. Constitutions will not address the State’s incurred unfunded liability or its revenue problems.

For several decades, Illinois policymakers have consistently failed to make the annual required contributions to the state’s pension systems, primarily because they could pay for services and their “pet projects” without raising taxes by stealing money from public employees' pensions. Moreover, in 1995, policymakers created a flawed re-funding schedule, and they have refused to correctly amortize the pension systems’ unfunded liabilities since then.

Instead Illinois policymakers have favored corporate interests rather than the interests of their citizenry and; thus, they have sabotaged the public employees’ retirement plans and the State of Illinois’ future economic solvency through mismanagement and fiscal irresponsibility. State policymakers left us with a fiscal disaster, and so-called “pension reform” or breaking a constitutional contract will not resolve today’s $100 billion unfunded liability.

Instead of protecting public pension rights and benefits, which have a legal basis under Illinois State Law and the U.S. Constitution; instead of restructuring the state's revenue base to pay for the state's growth in expenditures and its recklessly-accumulated debts and obligations, current policymakers have chosen to diminish the public employees' constitutional rights and their benefits, even though revenue restructuring and pension debt re-amortization are the best legal and moral solutions. 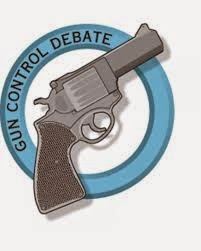 “A psychiatric patient ranted about a hospital gun ban before opening fire at the suburban medical complex, killing his caseworker and grazing his psychiatrist before the doctor pulled out his own weapon and fired back, authorities said Friday.

“Dr. Lee Silverman emptied his chamber, striking patient Richard Plotts several times. Plotts by then had shot the caseworker in the face and fired several shots at Silverman, including one that grazed his temple and another that struck his thumb, official said.

“Plotts had 39 unspent bullets on him when he was wrestled to the ground at Mercy Fitzgerald Hospital in Darby, authorities say — and police believe he had planned to use them.

“‘When the caseworker was shot, (Silverman) crouched down behind the desk to avoid him being shot,’ Whelan said. ‘He was able to reach for his weapon, and realizing it was a life-or-death situation, was able to engage the defendant in the exchange of gunfire.’

“The struggle spilled into the hallway, where another doctor and caseworker jumped in to help Silverman and secure Plotts' weapon, Whelan said…

“Hospital policy bars anyone except on-duty law enforcement officers from carrying weapons on campus, a Mercy Health System spokeswoman said. She otherwise declined to discuss why Silverman was armed at work.”