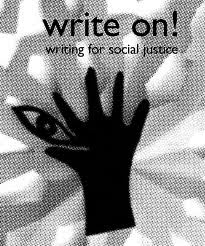 “As part of a national movement to end the alleged injustices of adjunct professors, members of the Boston University adjunct faculty are working to unionize.

“‘The adjunct professors are doing this in order to improve our working conditions and our working conditions translate directly to the learning environment of the students,’ said member of the organizing committee Maureen Sullivan, an adjunct professor at the College of Arts and Sciences. ‘That’s just really clear to everyone who is doing the organizing. It’s not just the Boston area, it’s all across the nation. That’s the bottom line.’

“One of the main concerns cited by members of the adjunct faculty was the lack of pay parity between adjunct professors compared to full-time tenured professors, Sullivan said. ‘Boston is a very expensive place to live and adjuncts at BU are paid pennies on the dollar of what tenure-track professors are paid,’ she said. ‘That just doesn’t translate into a living wage. It’s very difficult to actually have even a low standard of living in this area based on the pay we’re earning.’

“A full-time professor at BU earns an average of $157,000 a year, while the average BU adjunct professor earns $3,750 to $9,563 per course, according to the Adjunct Action BU Fact Sheet… Another grievance of adjunct professors is exclusion from faculty decisions and lack of provisions necessary to teach to their full potential, such as proper office spaces…

“‘Low wages and obligations from the other jobs many adjuncts must take on to make a living wage hinder their ability to devote ample time to student attention outside of the classroom, [Tinker Ready, adjunct professor in the College of Communication] said. ‘I try to find ways to squeeze the amount of time I spend on each class,’ she said. ‘I would say, depending on these hours, I make between $10 and $20 an hour… I try to fit it [adjunct teaching work] into 20 hours a week, but sometimes it’s hard. Some people think of it as only classroom time, but prep time and grading take up so much time. People say all we do is teach, but the reality is we all work in our fields … that’s what we bring to the schools.’

“The movement for a union at BU is in the beginning stages. Organizers on the BU committee are currently collecting signatures from members of the adjunct faculty in order to gain enough to establish a vote to unionize, said organizer Antonio Ochoa, a CAS adjunct professor…

“‘The national trend of adjunct unionization has spawned from large spikes in universities’ hiring of these faculty members as a means of providing labor at a lesser cost than full-time faculty, said former BU adjunct professor and current activist for Massachusetts Jobs for Justice Gillian Mason.

“‘Adjuncts are a source of cheap labor, and a lot of administrators are trying to keep them that way,’ Mason said. ‘Once adjuncts start fighting for their rights and start demanding better [treatment], all of a sudden it becomes less economically advantageous for the administration to create all of these low-wage adjunct jobs…’

“‘Students are going to complain about their tuitions maybe going up, but I think they should look into the other ways the university is spending their tuition — administration salaries, fancy buildings,’ Ready said. ‘Is it more important to have a dorm that looks like a four-star hotel or a professor that can pay attention to their work? It’s something students might want to think about.’”

Posted by gbrown at 3:03 PM No comments: 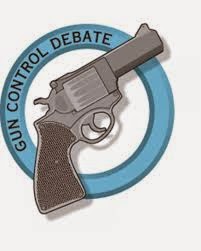 Let me begin by stating that self-defense is (and should be) a personal decision; thus, a law-abiding citizen who is responsible and sufficiently trained (1) with a firearm should have the right to use a firearm to protect him or herself from a violent attacker. (Note: in Illinois, this right is denied in the areas where most violent crimes are committed. (2)) As Professor of Criminology and Criminal Justice Gary Kleck (2006) states: “At least 77% of all violent crimes are committed in public places” (p. 191).

Consider a few of the many significant conclusions deduced by Kleck’s extensive research at Florida State University: “The most fundamental flaw in advocacy of gun control as violence reduction is not that gun laws could not disarm anyone, but rather that reducing gun levels would not necessarily produce any net violence-reducing impact. The rationale for gun control on which supporters have relied for decades relies on an unduly simplified conception of the role of weaponry in human violence… [T]he use of guns by crime victims to defend themselves is commonplace and effective both in preventing completion of the crime and in preventing injury to the victim (p.383).

“The rationale for gun control, of course, includes the assumption that the availability of guns has a significant net positive effect on violence rates… [T]his assumption is not supported by the weight of the best available evidence…” (p. 351). Gun control laws do not prevent criminals from committing crimes. They do, however, make law-abiding citizens vulnerable to violent attacks.

Gun control laws also prohibit peoples’ self-reliance and self-defense; they can cost the lives of innocent victims, and they often do. “[It is a fact], police officers rarely disrupt violent crimes or burglaries in progress; even the most professional and efficient urban police forces rarely can reach the scene of a crime soon enough to catch the criminal ‘in the act’” (p. 168).

Kleck contends: “The benefit of defensive gun ownership that would parallel to innocent lives lost to guns would be innocent lives saved by defensive use of guns” (p. 178)… “[In addition], prohibitionist policies [such as gun control laws] could facilitate victimization because legal restrictions would almost certainly be evaded more by aggressors than non-aggressors, causing a shift in gun distribution that favored the former over the latter” (p. 185).

So how can we make it difficult for felons to obtain guns? “[Since] criminal gun users most commonly get their guns by buying them from friends and other non-dealer sources [on the streets or through theft]…, if gun regulation is to succeed in controlling gun violence, it will have to effectively restrict non-dealer acquisitions and, independent of controls over acquisition of guns, deter possession and use of guns by the small high-risk subset of owners most likely to use guns for criminal purposes [which is impossible]” (pp. 94-95).

I have often stated that I wish we lived in a rational and peaceful world, one without greed, theft and enmity, but we don’t. The fact that there are an estimated 270 - 300 million firearms already in circulation make it impossible for gun control laws to have any effect on reducing violent crimes. What we can do perhaps instead of legislating more gun control laws (and beyond the scope of this essay) is focus upon and address the causes of violent crimes: mental illness, racism, economic injustice, poverty, unemployment, gang activity, drug trafficking, inefficient law enforcement in high-crime areas and demographic changes...

Until that happens, “The best policy goal to pursue may be to shift the distribution of gun possession as far as possible in the direction of likely aggressors being disarmed, with as few prospective victims as possible being disarmed. To disarm non-criminals [through more gun control laws] in the hope that this might indirectly help reduce access to guns among criminals is a very high-stakes gamble, and the risks will not be reduced by pretending that crime victims rarely use guns for self-defense” (p. 186).

Footnotes:
(1) In Illinois, the required 16 hours of training in a conceal carry curriculum involves Firearm Safety, Understanding Pistol Components and Operation, Fundamentals of Aiming & Firing, Proper Breathing Techniques when Firing a Pistol, Loading & Firing a Pistol, Role-playing Stressful Self-Defense Scenarios that Assimilate Fear and Confusion, Unloading/Reloading a Pistol, Loading and Firing a Pistol under Stress, Drawing from a Holster, Clearing Common Pistol Stoppages, Dry-Fire & Live-Fire Practice, Home Self-Defense Strategies, Self-Defense Strategies Outside of the Home, Understanding the Defensive Use & Consequences of Deadly Force, Confronting an Intruder or Attacker, the Emotional & Legal After Effects of Shooting an Assailant, Understanding State & Federal Laws Governing the Carry & Use of Firearms, Pistol Maintenance and Storage… Continual training after completion of the 16 required hours is imperative.

For Further Reading on the Issues of Gun Control, Conceal Carry...

A Self-Righteous, Delusional Billionaire Is Throwing His Money at Organizing Voters on Gun Control


When I am not teaching or writing about public pensions or revising old poems, sometimes it’s BANG! BANG! BANG! (Illinois Concealed/Carry Law HB 0183)


A Letter to a Friend about Gun Control