“Rauner, the Illinois Policy Institute and Sandack-like characters will try to find some way, anyway, to blame a select group for the decades of mismanagement rather than find an honest solution” —John Dillon 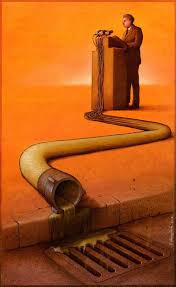 “…New evidence and research from Natalie Davila, Mike Klemens, Robert Ross, and Lyman Stone from KDM Consulting notes quite the opposite of the argumentative positions of the current governor, the I.P.I., and Representative Ron Sandack…

“…Because of the recently available records of tax information and census information from earlier periods in the previous century, the researchers were able to crunch the numbers of people leaving, the income strata of those who did, and the in-migration to Illinois of those before not calculated in these late arguments.

3.    Both in-migration and out-migration are tied to the economic cycle.  People move when times are good and sit tight when they are bad.  The 2011 income tax rate increases came as Illinois was moving out of a recession, and migration could have been expected to increase.

5.    Illinois is a big state in terms of population so out-migration in absolute numbers is large.  However, a larger percentage of both Indiana’s and Wisconsin’s population moves to Illinois than vice versa.

6.    Net out-migration from Illinois to Indiana and Wisconsin has declined.

7.    Illinois net out-migration rates fell in 2011, the first year of the income tax increase, but increased significantly in 2014.

“…This new research report indicates that all the arm flailing, screaming, and eye-bulging philippic by Representative Ronald Sandack may be just so much delirium aimed at the masses.  Mass hysteria, if you will.

“…And the Illinois Policy Institute, always willing to be one more serviceable haruspex when it comes to promising immediate catastrophe for all Illinois’ citizens unless they stampede to the far right.

“…Illinois has enough problems and issues.  We all of us – even state workers – owe the state $billions for money that was diverted and used in order to provide every citizen with benefits and services on the backs of those who worked for us.  The politicians in Illinois’ General Assembly will try to avoid facing this issue with every breath they have left.  And Rauner, the I.P.I. and Sandack-like characters will try to find some way, anyway, to blame a select group for the decades of mismanagement rather than find an honest solution.”

Posted by gbrown at 6:33 AM No comments: