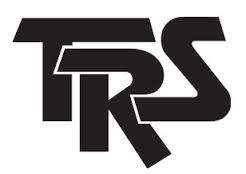 The funded ratio is calculated according to state law, which requires TRS to average, or “smooth,” its investment gains and losses over a rolling five-year period; a common actuarial practice.

“The bottom line is TRS still has less than 50 cents on hand for every dollar that is owed to our members, including members that already are retired’ said TRS Executive Director Dick Ingram. “That cannot continue.

“Our disciplined investment program delivers top quartile returns, but as successful as we’ve been, we cannot invest the System out of a problem created by decades of underfunding by state government,” Ingram added. “The money TRS owes its 400,000 members is a debt that is not going to go away. There needs to be a stronger commitment by the state to fully pay the promises made to our members over the last 76 years.”

Following the annual actuarial valuation report from the TRS actuary, Buck Consultants of Chicago, the TRS Board of Trustees gave preliminary approval to a state government contribution for fiscal year 2017 of $3.986 billion, which is a 6.5 percent increase over the current budget year’s state contribution.

The $3.9 billion preliminary contribution for FY 2017 is based on calculations dictated in state law and falls well below the amount of money actuaries estimate state government should be paying TRS based on standard actuarial practices. Evolving actuarial standards indicate the state’s annual contribution to TRS should be $6.07 billion.

Of the $3.9 billion state contribution for FY 2017, only $871 million is needed to pay the anticipated annual cost of TRS pensions during the year. The remaining $3.1 billion is dedicated to help paying off the System’s unfunded liability…

From the Teachers Retirement System of Illinois Press Release, October 30, 2015 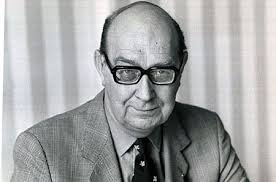 Once I am sure there's nothing going on
I step inside, letting the door thud shut.
Another church: matting, seats, and stone,
And little books; sprawlings of flowers, cut
For Sunday, brownish now; some brass and stuff
Up at the holy end; the small neat organ;
And a tense, musty, unignorably silence,
Brewed God knows how long. Hatless, I take off
My cycle-clips in awkward reverence,

Move forward, run my hand around the font.
From where I stand, the roof looks almost new––
Cleaned or restored? Someone would know: I don't.
Mounting the lectern, I peruse a few
Hectoring large-scale verses, and pronounce
'Here endeth' much more loudly than I'd meant.
The echoes snigger briefly. Back at the door
I sign the book, donate an Irish sixpence,
Reflect the place was not worth stopping for.

Yet stop I did: in fact I often do,
And always end much at a loss like this,
Wondering what to look for; wondering, too,
When churches fall completely out of use
What we shall turn them into, if we shall keep
A few cathedrals chronically on show,
Their parchment, plate, and pyx in locked cases,
And let the rest rent-free to rain and sheep.
Shall we avoid them as unlucky places?

Or, after dark, will dubious women come
To make their children touch a particular stone;
Pick simples for a cancer; or on some
Advised night see walking a dead one?
Power of some sort or other will go on
In games, in riddles, seemingly at random;
But superstition, like belief, must die,
And what remains when disbelief has gone?
Grass, weedy pavement, brambles, buttress, sky,

A shape less recognizable each week,
A purpose more obscure. I wonder who
Will be the last, the very last, to seek
This place for what it was; one of the crew
That tap and jot and know what rood-lofts were?
Some ruin-bibber, randy for antique,
Or Christmas-addict, counting on a whiff
Of gown-and-bands and organ-pipes and myrrh?
Or will he be my representative,

Bored, uninformed, knowing the ghostly silt
Dispersed, yet tending to this cross of ground
Through suburb scrub because it held unspilt
So long and equably what since is found
Only in separation - marriage, and birth,
And death, and thoughts of these - for which was built
This special shell? For, though I've no idea
What this accoutred frowsty barn is worth,
It pleases me to stand in silence here;

A serious house on serious earth it is,
In whose blunt air all our compulsions meet,
Are recognized, and robed as destinies.
And that much never can be obsolete,
Since someone will forever be surprising
A hunger in himself to be more serious,
And gravitating with it to this ground,
Which, he once heard, was proper to grow wise in,
If only that so many dead lie round.

Side by side, their faces blurred,
The earl and countess lie in stone,
Their proper habits vaguely shown
As jointed armour, stiffened pleat,
And that faint hint of the absurd—
The little dogs under their feet.

Such plainness of the pre-baroque
Hardly involves the eye, until
It meets his left-hand gauntlet, still
Clasped empty in the other; and
One sees, with a sharp tender shock,
His hand withdrawn, holding her hand.

They would not think to lie so long.
Such faithfulness in effigy
Was just a detail friends would see:
A sculptor’s sweet commissioned grace
Thrown off in helping to prolong
The Latin names around the base.

They would not guess how early in
Their supine stationary voyage
The air would change to soundless damage,
Turn the old tenantry away;
How soon succeeding eyes begin
To look, not read. Rigidly they

Persisted, linked, through lengths and breadths
Of time. Snow fell, undated. Light
Each summer thronged the glass. A bright
Litter of bird calls strewed the same
Bone-riddled ground. And up the paths
The endless altered people came,

Washing at their identity.
Now, helpless in the hollow of
An unarmorial age, a trough
Of smoke in slow suspended skeins
Above their scrap of history,
Only an attitude remains:

Time has transfigured them into
Untruth. The stone fidelity
They hardly meant has come to be
Their final blazon, and to prove
Our almost-instinct almost true:
What will survive of us is love.

His poems have been published in various periodicals such as American Scholar, Atlantic, Iowa Review, New York Times, New Yorker, Nation, Paris Review, Virginia Quarterly Review, Michigan Quarterly Review, Prairie Schooner and many others. He was the author of two novels; he was also an essayist, jazz critic, and editor.

Posted by gbrown at 5:42 AM No comments: