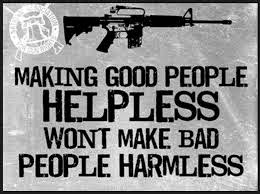 “State Sen. Brandon Phelps, the main sponsor of the Illinois concealed carry legislation that went into effect in 2013, has sponsored a dozen more bills expanding the rights of Illinois gun owners, which were proposed to the Illinois General Assembly [April 13].


“Proposals to expand concealed carry have been met by opposition from Chicago politicians and other Illinois residents, but given statistics about the safety concealed carry provides and the brushes the University has had with potential gun violence, concealed carry should be allowed on college campuses…

“Studies by the National Academy of Sciences and the Harvard Injury Control Research Center show there is no evidence that legalizing concealed carry leads to an increase in violent crime or gun deaths. Furthermore, the Crime Prevention Research Center has found that no concealed carry permit holder has ever shot an innocent bystander or committed a crime on a school campus.

“Oppositional arguments assume that due to the presence of alcohol on campuses and the high density of residents, the plausibility for gun violence increases. This is a claim that is refuted by data from colleges that already allow concealed carry. Over 150 colleges in the U.S. allow concealed carry and none of them saw an increase in crime after lifting gun bans. In fact, since allowing guns, not one of the campuses has seen a single act of gun violence or threat in over 1,500 combined semesters of legalized concealed carry.

“Additionally, FBI statistics show that crime is actually lower in areas where guns are allowed… In 2003, Colorado State University allowed concealed carry on campus and saw a 61 percent drop in crimes on campus from 2002 to 2008. Specifically, sexual assaults on campus went from 47 events to just two in those six years. Colorado University, on the other hand, decided to ban guns, and crime increased by 37 percent on their campus in the same time period…

“In 2011, James Holmes applied and was accepted into a doctoral program here at the University of Illinois. In 2012, Holmes was the perpetrator of one of the worst mass shootings in recent history, killing 12 people and wounding 58 in an Aurora, Colorado, theatre where guns were banned.

“While attending the University of Illinois as a graduate student in February 2008, Steven Kazmierczak drove up to Northern Illinois University—where he had conducted his undergraduate studies—and shot and killed five students and injured 21 in the fifth deadliest university shooting in U.S. history (1)…

“Due to some of the unsubstantiated speculations and stigmas surrounding legal gun use, students seem to ignore the well-researched evidence in support of the safety concealed carry provides… There is also a danger in perpetuating the false notion that concealed carry on campus somehow makes room for crime when the facts speak differently. Bans to concealed carry stemming from false notions of higher danger rob students of an opportunity to defend themselves…”

Stephanie Youssef is a junior in LAS at the University of Illinois. For the complete article, click here.

Let me begin by stating that self-defense is (and should be) a personal decision; thus, a law-abiding citizen who is responsible and sufficiently trained (2) with a firearm should have the right to use a firearm to protect him or herself from a violent attacker. (Note: in Illinois, this right is denied in the areas where most violent crimes are committed. (3)) As Professor of Criminology and Criminal Justice Gary Kleck (2006) states: “At least 77% of all violent crimes are committed in public places” (p. 191).

Consider a few of the many significant conclusions deduced by Kleck’s extensive research at Florida State University: “The most fundamental flaw in advocacy of gun control as violence reduction is not that gun laws could not disarm anyone, but rather that reducing gun levels would not necessarily produce any net violence-reducing impact. The rationale for gun control on which supporters have relied for decades relies on an unduly simplified conception of the role of weaponry in human violence… [T]he use of guns by crime victims to defend themselves is commonplace and effective both in preventing completion of the crime and in preventing injury to the victim (p.383).

“The rationale for gun control, of course, includes the assumption that the availability of guns has a significant net positive effect on violence rates… [T]his assumption is not supported by the weight of the best available evidence…” (p. 351). Gun control laws do not prevent criminals from committing crimes. They do, however, make law-abiding citizens vulnerable to violent attacks.

Gun control laws also prohibit peoples’ self-reliance and self-defense; they can cost the lives of innocent victims, and they often do. “[It is a fact], police officers rarely disrupt violent crimes or burglaries in progress; even the most professional and efficient urban police forces rarely can reach the scene of a crime soon enough to catch the criminal ‘in the act’” (p. 168).

Kleck contends: “The benefit of defensive gun ownership that would parallel to innocent lives lost to guns would be innocent lives saved by defensive use of guns” (p. 178)… “[In addition], prohibitionist policies [such as gun control laws] could facilitate victimization because legal restrictions would almost certainly be evaded more by aggressors than non-aggressors, causing a shift in gun distribution that favored the former over the latter” (p. 185).

So how can we make it difficult for felons to obtain guns? “[Since] criminal gun users most commonly get their guns by buying them from friends and other non-dealer sources [on the streets or through theft]…, if gun regulation is to succeed in controlling gun violence, it will have to effectively restrict non-dealer acquisitions and, independent of controls over acquisition of guns, deter possession and use of guns by the small high-risk subset of owners most likely to use guns for criminal purposes [which is impossible]” (pp. 94-95).

I have often stated that I wish we lived in a rational and peaceful world, one without greed, theft and enmity, but we don’t. The fact that there are an estimated 270 - 300 million firearms already in circulation make it impossible for gun control laws to have any effect on reducing violent crimes. What we can do perhaps instead of legislating more gun control laws (and beyond the scope of this essay) is focus upon and address the causes of violent crimes: mental illness, racism, economic injustice, poverty, unemployment, gang activity, drug trafficking, inefficient law enforcement in high-crime areas and demographic changes...

Until that happens, “The best policy goal to pursue may be to shift the distribution of gun possession as far as possible in the direction of likely aggressors being disarmed, with as few prospective victims as possible being disarmed. To disarm non-criminals [through more gun control laws] in the hope that this might indirectly help reduce access to guns among criminals is a very high-stakes gamble, and the risks will not be reduced by pretending that crime victims rarely use guns for self-defense” (p. 186).

Footnotes:
(1) “NIU Professor Emeritus Jack Bennett can’t help but reflect on Feb. 14, 2008, when a psychologically disturbed young man burst onto the stage of a Cole Hall lecture room and opened fire in the very place where Bennett had conducted so many classes during a career that spanned 33 years… Kazmierczak shot and killed himself on the lecture hall stage. Bennett says the carnage was over and Kazmierczak was dead before police charged into the auditorium. He wonders how that day might have been different if a handful of students had been armed and trained to shoot back. ‘One or two of the 200-plus students with a weapon and the required skill could have easily reduced or stopped the damage,’ Bennett said. ‘Signs on the doors give the criminal or the mentally ill person who wishes to kill a guarantee that no one will have a weapon to stop their inhuman activity. That notice is a license to kill’” (Concealed carry? Not at Illinois colleges and universities).

(2) In Illinois, the required 16 hours of training in a conceal carry curriculum involves Firearm Safety, Understanding Pistol Components and Operation, Fundamentals of Aiming & Firing, Proper Breathing Techniques when Firing a Pistol, Loading & Firing a Pistol, Role-playing Stressful Self-Defense Scenarios that Assimilate Fear and Confusion, Unloading/Reloading a Pistol, Loading and Firing a Pistol under Stress, Drawing from a Holster, Clearing Common Pistol Stoppages, Dry-Fire & Live-Fire Practice, Home Self-Defense Strategies, Self-Defense Strategies Outside of the Home, Understanding the Defensive Use & Consequences of Deadly Force, Confronting an Intruder or Attacker, the Emotional & Legal After Effects of Shooting an Assailant, Understanding State & Federal Laws Governing the Carry & Use of Firearms, Pistol Maintenance and Storage… Continual training after completion of the 16 required hours is imperative.

Posted by gbrown at 8:51 PM No comments: 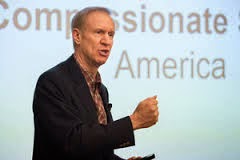 Children may be some of the hardest hit by these budget cuts. For instance, Erie Neighborhood House offers early childhood education, after school, youth options, and adult and family programs.


Ninety-eight percent of those who participate in Erie House programs fall at or below the poverty level. Erie House leaders fear their very existence is threatened.

People in crisis without mental health services can end up in even more expensive settings, such as emergency rooms, nursing homes and jails. Consider lost economic productivity, which further reduces state income tax revenue. Prison costs will rise, as will the need for added law enforcement.

One has to ask "Why," when there are workable solutions. (See article below.) At this time, there are less than 25 scheduled session days for the Governor and Legislature to work this out before the May 31st adjournment… Executive Director Ralph Martire of the Center for Tax and Budget Accountability shares his thoughts in this State Journal-Register column,  "Rauner Stuck Between a Rock and Rhetoric": HERE.

WANT TO FIX THE STATE BUDGET? HERE'S HOW:

The Commission on Government Forecasting and Accountability's three-year estimate for base General Funds revenues report an expected decline of -7.1% in FY 2015 and a continued decline of -5.7% in FY2016. Read the COGFA forecast HERE.

For example, he pointed out how the state is handling pensions: "Borrowing against what we owe the pensions, for instance, and using that revenue, instead, to fund services. We're repaying this debt to the pension systems, and that repayment is growing in leaps and bounds every year, and we simply just don't have the resources to maintain even a basic level of public services from one year to the next."

"It means that three-quarters of the way through the fiscal year the state legislature has informed schools that they will not be receiving (at least) 2.25 percent of the money that they expected to receive for the past nine months... It is also important for taxpayers to understand that schools have been underfunded for some time," said Superintendent Caposey in the attached RELEASE.


Caposey says that the Meridian district is at a point where any fat left has been cut. Further reductions will directly impact students in a negative way if schools don't have the revenue stream to balance their budgets.
Is this the Illinois we want? Or is it just the Illinois we are willing to pay for?
PJ Caposey is an award-winning educator; author of two books (Teach Smart and Building a Culture of Support); and sought after speaker and consultant specializing in school culture, principal coaching, effective evaluation practices, and student-centered instruction. PJ is on twitter @MCUSDSupe

The above article is from Kathy Miller at CTBA

Posted by gbrown at 2:55 PM No comments: