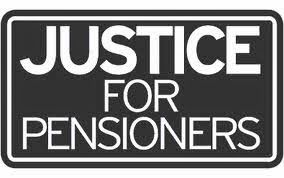 It was always a legal and moral issue.

“[O]f fundamental importance [is] the primacy of the Illinois Constitution over considerations of political expediency” (Brief of ISEA, RSEA, Heaton and Harrison, Plaintiffs-Appellees, 2).

As readers of my blog know, I have stated many times to possess a right to a promised deferred compensation, such as a pension, is to assert a legitimate claim with all Illinois legislators to protect that right. There are no rights without obligations. They are mutually dependent.

Fulfilling a contract is a legal and moral obligation justified by trust among elected officials and their constituents. Senate Bill 1 was, indeed, a foul insensitive attack on public employees’ and retirees’ rights to constitutionally-guaranteed benefits.

I wrote four years ago that challenges lie ahead for current public employees, retirees and their families, and for every citizen of Illinois. These facts have not changed: there are liars and thieves among us who will continue to choose which contracts to honor and which ones to violate in the future.

We know it's always possible they will attempt another legislative thievery of our benefits and rights again. Thus, we must continue our vigilance. Most importantly, we must continue our resistance against the dishonest politicians and their mendacious accomplices, such as members of the Civic Committee of the Commercial Club of Chicago, the Civic Federation, Illinois Policy Institute, and their ilk.

We know corrupt legislators will pass laws for their own advantage. We should recall that despite their pledges, the legislators’ criteria for justice are their considerations for what is expedient for them—their re-elections to remain in power and wealth.
We must never become complacent in our belief that justice exists for those who simply “fight the good fight”; nor should we become indifferent to political power and what exorbitant wealth can buy: a “democracy on the auction block, subject to the highest bidder” (Bill Moyers).

It will still be up to us to protect what we have earned for our life’s labor by opposing the next attacks from the Illinois General Assembly, the Civic Committee, the Civic Federation, Illinois Policy Institute, and the Chicago Tribune, et al.  We must continue to defend our dignity with stubborn resolve.

We are intrinsically bound to one another in this regard.  As Martin Luther King eloquently stated, “We are caught in an inescapable network of mutuality, tied in a single garment of destiny.” We must urge our unions’ leadership to be absolutely prepared to defend our pension benefits and rights without apologies, without concessions, and without compromise.
“…The concerns of the delegates who drafted article XIII, section 5, and the citizens who ratified it have proven to be well founded. Even with the protections of that provision, the General Assembly has repeatedly attempted to find ways to circumvent its clear and unambiguous prohibition against the diminishment or impairment of the benefits of membership in public retirement systems. Public Act 98-599 is merely the latest assault in this ongoing political battle against public pension rights. As we noted earlier, through that legislation the General Assembly is attempting to do once again exactly what the people of Illinois, through article XIII, section 5, said it has no authority to do and must not do…” (The Illinois Supreme Court, May 8, 2015).

Most importantly, thank you prescient Delegates Helen Kinney and Henry Green for jointly sponsoring the Pension Protection Clause proposal as an amendment to the proposed Legislative Article at the 1970 Illinois Constitution! Thank you Delegates Anthony M. Peccarelli, Donald D. Zeglis, et al., and the citizens of Illinois who ratified Article XIII, Section 5 of the Illinois Constitution 45 years ago!

Here Are a Few Significant Court Rulings on the Legislative Attempts to Break a Constitutional Contract in the past 40 years:

1975       People ex. Rel. Illinois Federation of Teachers v. Lindberg
“While the drafters did not intend for the Clause to require the funding of the pension system at any particular funding percentage, they nonetheless intended to require that pension benefit payments be paid when those payments became due, even if a pension system were to default or be on the verge of default. Indeed, the drafters contemplated that an employee could enforce his or her right to benefit payments in court through a group action to compel payment… The Illinois Supreme Court concluded that the Clause guarantees that pension recipients will receive pension payments when they come due” (Madiar).

1979       Kraus v. Board of Trustees… Police Pension Fund, Niles
Law existing at the time of “vesting” is incorporated into employee’s agreement… Pension benefits commence at the time employee contributions begin… General Assembly cannot modify benefits. “The Clause protects pension benefit rights as an enforceable contractual relationship that is subject to modification [only] through contract principles.” Moreover, this case also “clarified that pension benefit rights were 'contractual' in nature under the Clause... [T]he court [also] rejected the notion that the General Assembly somehow retained a 'reserved power' to modify and reduce pension benefits because neither the Clause's text nor drafting history supported that view” (Madiar).

1985       Felt v. Board of Trustees (Judges)
…Can’t diminish terms of contract with pension system… Pension based upon salary of last day of service or last year. “The Clause protects pension benefit rights as an enforceable contractual relationship...” Furthermore, “The Supreme Court concluded that the Pension Clause was intended to protect pension benefits 'by first creating a contractual relationship between the employer and the employee' and by 'mandating that the General Assembly not impair or diminish these rights'” (Madiar).

1987       Buddell v. Board of Trustees State University Retirement System (SURS)
…Can’t diminish terms of contract with pension system… Pension Code allows employees to purchase service credit for time in the military. “The court concluded 'there can be no doubt... that upon the effective date of [the Pension Clause], the rights conferred upon the plaintiff by the Pension Code became contractual in nature and cannot be altered, modified or released except in accordance with usual contract principles” (Madiar).

1996       McNamee v. State
Vested Case Issue: an employee acquires a “vested” right when he or she enters the pension system. Asks questions whether “the Pension Clause mandates that the pension system be funded at a particular funding percentage or according to a funding schedule.” The Pension Clause “creates an enforceable contractual relationship that protects only the right to receive benefits… A cause of action would exist if legislation diminished a person’s right to receive benefits or placed the pension system on the verge of default or imminent bankruptcy… The Illinois Supreme Court concluded that the Clause guarantees that pension recipients will receive pension payments when they come due” (Madiar).

1998       People ex. Rel. Sklodowski v. State
Vested Case Issue: an employee acquires a “vested” right when he or she enters the pension system. (Lindberg ‘75/McNamee ‘96) “Clause does not create a contractual basis for participants to expect a particular level of funding… [However,] the Illinois Supreme Court concluded that the Clause guarantees that pension recipients will receive pension payments when they come due” (Madiar).


“The purpose of the clause and its dual features have never been in dispute. As we noted in People ex rel. Sklodowski v. State, 182 Ill. 2d 220, 228-29 (1998), the clause ‘served to eliminate any uncertainty as to whether state and local governments were obligated to pay pension benefits to the employees,’ and its ‘plain language’ not only ‘makes participation in a public pension plan an enforceable contractual relationship,’ but also ‘demands that the ‘benefits’ of that relationship ‘shall not be diminished or impaired’” (from the Illinois Supreme Court Ruling, May 8, 2015).

2014   Kanerva v. Weems
The Pension Protection Clause makes it “clear that if something qualifies as a benefit of the enforceable contractual relationship resulting from membership in one of the State’s pension or retirement systems, it cannot be diminished or impaired… [The State of Illinois] may not rewrite the Pension Protection Clause to include restrictions and limitations that the drafters did not express and the citizens of Illinois did not approve... [P]ension benefits are insulated from diminishment or impairment by the General Assembly…” (Kanerva, 2014 IL 115811, 38, 41, 48).

2015   Doris Heaton, et al. v. Pat Quinn, in his capacity as Governor of the State of Illinois, et al.
“…The judgment of the circuit court declaring Public Act 98-599 to be unconstitutional and permanently enjoining its enforcement is affirmed.”


"…As this opinion has previously observed, our economy is and has always been subject to fluctuations, sometimes very extreme fluctuations. Throughout the past century, market forces have periodically placed significant pressures on public pension systems. The repercussions of underfunding those pension systems in such an environment have been well-documented and were well-known when the General Assembly enacted the provisions of the Pension Code which Public Act 98-599 now seeks to change.

"The General Assembly had available to it all the information it needed to estimate the long-term costs of those provisions, including the costs of annual annuity increases, and the provisions have operated as designed. 13 The General Assembly understood that the provisions would be subject to the pension protection clause. In addition, the law was clear that the promised benefits would therefore have to be paid, and that the responsibility for providing the State’s share of the necessary funding fell squarely on the legislature’s shoulders.

"Moreover, no possible claim can be made that no less drastic measures were available when balancing pension obligations with other State expenditures became problematic. One alternative, identified at the hearing on Public Act 98-599, would have been to adopt a new schedule for amortizing the unfunded liabilities. The General Assembly could also have sought additional tax revenue. While it did pass a temporary income tax increase, it allowed the increased rate to lapse to a lower rate even as pension funding was being debated and litigated.

"That the State did not select the least drastic means of addressing its financial difficulties is reinforced by the legislative history. As noted earlier in this opinion, the chief sponsor of the legislation stated candidly that other alternatives were available. Public Act 98-599 was in no sense a last resort. Rather, it was an expedient to break a political stalemate.

"…Adherence to constitutional requirements often requires significant sacrifice, but our survival as a society depends on it. The United States Supreme Court made the point powerfully nearly a century and a half ago when it struck down as unconstitutional President Lincoln’s use of executive authority to suspend the writ of habeas corpus during the Civil War, a period of emergency that, by any measure, eclipsed the one facing our General Assembly today. In rejecting the government’s argument that wartime concerns justified the curtailment of the constitutional protections, the Supreme Court employed language which seems appropriate to this case:

"'Time has proven the discernment of our ancestors; for even these provisions, expressed in such plain English words, that it would seem the ingenuity of man could not evade them, are now, after the lapse of more than seventy years, sought to be avoided. Those great and good men foresaw that troublous times would arise, when rulers and people would become restive under restraint, and seek by sharp and decisive measures to accomplish ends deemed just and proper; and that the principles of constitutional liberty would be in peril, unless established by irrepealable law. The history of the world had taught them that what was done in the past might be attempted in the future. The Constitution *** is a law for rulers and people, equally in war and in peace, and covers with the shield of its protection all classes of men, at all times, and under all circumstances. No doctrine, involving more pernicious consequences, was ever invented by the wit of man than that any of its provisions can be suspended during any of the great exigencies of government. Such a doctrine leads directly to anarchy or despotism ***.'" (Emphasis in original.) Ex parte Milligan, 71 U.S. 2, 120-21 (1866).