The Data on Gun Control by James R. Harrigan and Antony Davies 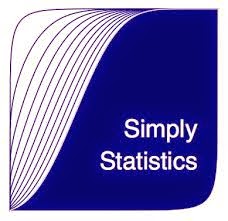 “Having deprived New Yorkers of the ability to smoke in public and drink large sodas as mayor, Michael Bloomberg has set his sights on a much more profound breach of freedom: Americans’ Second Amendment rights.

“The former mayor has pledged to pump another $50 million of his own money into the cause. To put this number into perspective consider this: One man just promised to spend more than 2.5 times as much as the National Rifle Association on political activities over the next year. And this doesn’t even take into account the money Bloomberg has spent on public health and gun research, reported to be in the tens of millions.

“The premise behind gun control is that it reduces offensive gun use by criminals. The catch is that it also reduces defensive gun use by law abiding citizens. Whether stricter gun control results in fewer gun deaths depends on which effect – reducing offensive use or reducing defensive use – is greater. This means that the gun control question is an empirical question. The correct answer lies in the data, not in the impassioned beliefs of a former mayor. And the data have a lot to say on the topic.

“According to Gallup, the percentage of households owning guns was almost the same in 2011 as in 1996. Yet, according to the Bureau of Justice Statistics, firearm homicides declined by over one-third during the same period. It does appear that something is causing a dramatic decline in gun deaths, but whatever it is, it isn’t a decline in gun ownership…

“The Centers for Disease Control and Prevention provide additional data that makes the story even more interesting. We can split the 48 states that report crime data (Florida and Alabama do not report) into two groups: those with above-average and below-average rates of gun ownership.

“So what do the gun violence statistics look like for these two sets of states? According to FBI data, violent crime and property crime rates are statistically identical in the top-24 states as in the bottom-24 states. That is, with one exception: the robbery rate. The average robbery rate is 40 percent lower in the 24 states that have above-average rates of gun ownership…

“What becomes clear as one looks at the data is that there is no ‘epidemic of gun violence’ in the United States. There is, simply put, a lot less gun violence now than in past years. More importantly, there is also no relationship between readily available firearms and levels of gun violence, which in and of itself seems to indicate that Bloomberg is literally wasting tens of millions of dollars in his quest to relegate the Second Amendment to the back burner.

“Still not convinced? On Jan. 23, 2013 in the aftermath of the Sandy Hook massacre in Connecticut, President Obama issued 23 executive orders addressing firearms in a number of ways. One of these instructed the Centers for Disease Control and Prevention ‘to research the causes and prevention of gun violence.’

“The Institute of Medicine and National Research Council, to which the CDC gave the research problem, completed the project some months later, but the White House was not quick to publicize the findings. The reason: The data regarding gun violence contradicted the beliefs of the gun-banning political class.

“It turns out that the majority of firearms deaths in the United States from 2000 to 2010 — 61 percent of them — were suicides. Comparatively, the types of mass shootings that gave rise to the study in the first place are exceedingly rare. According to the study, mass shootings (shootings in which four or more individuals are killed by a single person) result in an average of 20 deaths per year.

“By contrast, there are almost 20,000 gun-related suicides per year. The gun-rights lobby was right after all: We don’t have a gun problem; we have a mental health problem…

“Supporters of gun rights have also repeatedly said that guns are necessary for self-protection. The study confirmed this as well, stating, ‘Almost all national survey estimates indicate that defensive gun uses by victims are at least as common as offensive uses by criminals.’

“More striking than this, the study concluded that those who defend themselves with firearms are considerably less likely to be injured or killed than those who do not.

“Michael Bloomberg, it seems, is wasting his money, and a lot of it at that. Unlike him, though, we recognize his right to do with his money as he wishes. He might consider, just this once, listening to the data. Imagine what real good he could actually do by giving that $50 million in support of mental health care.”


Antony Davies is associate professor of economics at Duquesne University. James R. Harrigan is a fellow of the Institute of Political Economy at Utah State University.

Posted by gbrown at 9:54 AM No comments:

Are you familiar with the Network for Social Justice Unionism? “It could eventually transform and revitalize an aging labor movement” 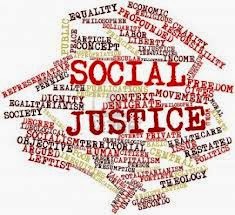 “Earlier this month at the Labor Notes Conference, rank and file labor leaders announced for the first time the creation of the Network for Social Justice Unionism (NSJU), a new infrastructure that unionists concerned with advancing social justice beyond the workplace hope to use to organize for a shift in the way the labor movement operates.

“The NSJU seeks to encourage the creation of social justice caucuses in union locals across the nation and to establish working relationships between those caucuses to be able to support each other’s struggles. Together, these caucuses hope to create a movement inside of organized labor that pushes union leaders across the country to do more…

“Plans for the NSJU have been in the works for over a year, and NSJU members are optimistic that their work will not only be enthusiastically received by workers and social justice activists, but that it could eventually transform and revitalize an aging labor movement. The NSJU effort has its roots in recent struggles for change led by teachers, but seeks to encourage workers of all kinds to commit to lending their knowledge, resources, and influence to other ongoing struggles for justice beyond their workplaces.

“NSJU co-founder Michelle Gunderson is a member of the Chicago Teachers Union (CTU) who helped start the Caucus of Rank and File Educators (CORE). She sat down to talk about creation and purpose of Network for Social Justice Unionism and the potential of it work:

“Talk about the Network for Social Justice Unionism. Where did it come from?

“It came from a definition. What does it mean to be a social justice unionist? What that means, in my mind, is that we hold workers’ rights in the same plane and in the same balance as students’ rights and community rights. We don’t hold our needs above students’.  [We] will fight to the death for the right of a teacher to have good compensation and job security and due process as much as I will for my students to have text books or proper health care and the things that they need to do well.

“The Network for Social Justice Unionism started from the Caucus of Rank and File Educators and Labor Notes thinking together, and we believe that social justice unionism is actually going to be what saves unionism as a movement. We are the antithesis of the union thug. We are the people who aren’t out for ourselves who aren’t only about our work and our jobs. And we also are very much in favor of democratic union process…

“Is the NSJU a response to some of the failures of labor? What are some of the things that the labor movement needs to work on the most?

“Social justice unionism is about activating membership to actually do something, not just call the union when they have a problem. And it’s about a lot more than contracts. So the NSJU is taking what used to be called the business model of unionism – where the union was only involved with things that involved work and your 8 hour day – and taking it to the broader political and social realm.

“Teachers as unionists are also changing. The National Education Association (NEA), for a long time, called itself a ‘professional organization’ and shied away from being thought of as a union. We changed that narrative in CORE, and we changed it as social justice unionists…

“What do you hope to accomplish with the new Network for Social Justice Unionism?

“We can’t make the change we need to see today without political change, and in both the NEA and the American Federation of Teachers (AFT), you have to have a certain amount of momentum before you can change those organizations… Social justice unionists have to win union elections so we can push leadership to then become political and not always be just a rubber stamp for the Democratic Party…

“What do social justice caucuses do that is different from the rest of the union?

“First of all, for the union to make good decisions, there are constitutions and bylaws in place for good reason. We shouldn’t make decisions quickly and arbitrarily. But a caucus can move very quickly – we just have to call a meeting and get it done. We don’t have to go through a committee process and have a resolution.

“Many times in a union as large as CTU with 30,000 members, if you want change or you want something to happen, it’s like turning an air craft carrier around. But if we have to respond quickly to something or we want something that’s more radical than our union can participate in, such as the boycott of the Illinois Standards Achievement Test (ISAT), that’s what the caucus is for.

“We recently had teachers from CORE who were boycotting the ISAT state test. If the union backed that, they would actually be promoting an action that goes against Illinois school code. The CTU can’t be put in that position, but a caucus can. So a social justice caucus can be a militant arm. And 'militancy”' is not a scary word.

“Why should militancy not be a scary word? What is it?

“I think we got brainwashed in the ’60s to believe that militancy meant people who create molotov cocktails or bombs or people who harm others. Militancy, in my mind, is when people are willing to put their bodies on the line, are willing to do acts of civil disobedience that don’t harm others, but are not willing to roll over and play dead for the bosses, for politicians, or for their union bosses. I look to [this type of] militancy for change..."

Posted by gbrown at 5:41 PM No comments: