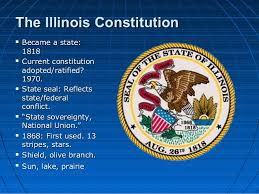 “[As stated by Eric M. Madiar], shortly after the Illinois Supreme Court issued its Pension Reform decision in May 2015, the Civic Federation of Chicago stated that now was the time to amend the Pension Clause to ‘clarify’ that it only applies to ‘accrued benefits’ so the General Assembly could unilaterally reduce the benefits existing employees could accrue through future service.[255] Calls for the amendment were renewed after the Illinois Supreme Court issued its Chicago Pension Reform decision.[256]
“The Civic Federation contends the amendment is necessary because the present level of benefits for current employees is unaffordable and jeopardizes ‘essential government services and the solvency of the pension funds.’[257]
“While the Civic Federation states that it is not supporting any specific benefit cuts, the amendment should be adopted so that the ideas of stakeholders who want unilateral benefits cuts ‘can be legislated.’[258] The proposed amendment was one of many recommendations found in the Civic Federation’s comprehensive ‘road map’ to fix Illinois’ finances, which also recommended an income tax increase and expansion of the State’s sales tax to services.[259]
“While the Civic Federation did not unveil the text of its proposed constitutional amendment, there is little likelihood the amendment will become law for a couple reasons.
“The first reason relates to the process of proposing amendments to the Illinois Constitution. An amendment to the Illinois Constitution must first be proposed by the General Assembly and receive the approval of three­fifths of the members the Senate and House of Representatives.[260]
“That legislative approval must also occur at least six months prior to the next general election, which was May 9 for the November 2016 Election. In addition, the amendment must be ratified by either three­fifths of those voting on the question or a majority of those voting in the election.[261]
“Since no member of the General Assembly sponsored the Civic Federation’s proposed amendment, it was not in a position to receive legislative approval. In addition, even if it had been filed, there was little prospect that the proposed amendment would have gained the needed supermajority support for legislative approval.
“The 2013 Pension Reform Bill discussed earlier in this Article passed the General Assembly with slim majorities in both chambers and was strongly opposed by legislators in both political parties.[262] The Civic Federation appears to have accepted this reality and observed that its next opportunity to include its proposed constitutional amendment on ballot would be at the November 2018 Election.[263]
“Even if the Civic Federation’s proposed amendment received legislative approval and was ratified by Illinois voters, it is unlikely that the proposal would survive a legal challenge. As noted above, the amendment is premised on the same economic necessity and police power theory that the Illinois Supreme Court rejected in its Pension Reform decision.
“In that decision, the court rejected the State’s ‘police powers’ argument because Public Act 98­0599 was not a response to an unknown or unforeseeable problem, but rather a response to ‘a crisis for which the General Assembly is largely responsible.’[264] The court further found that the Act was not the least restrictive means the State could have used to address the problem, but ‘an expedient to break a political stalemate.’[265]
“In addition, the court indicated that the Act was tantamount to a taking of private property because the Act failed to distribute the burdens of pension funding evenly among Illinoisans let alone the State’s contract partners.[266] The court explained that the U.S. Constitution ‘bar[s] Government from forcing some people alone to bear public burdens which, in all fairness and justice, should be borne by the public as a whole.’[267]

“In short, whether under a Contract Clause[268] or Takings[269] theory, the same arguments that prevailed in the Pension Reform decision against Public Act 98­0599 would equally apply to the Civic Federation’s proposed amendment. As a result, the proposal amendment does not offer a plausible path to unilaterally reduce the fiscal burden of State and local pension obligations…”

[256] Kerry Lester, Illinois Legislators Skeptical About New Pension Deal This Spring, CHI. TRIb. (May 13, 2015), available at: http://www.chicagotribune.com/suburbs/daily­southtown/news/ct­sta­illinois­pensions­st­0514­20150513­story.html.
[257] Civic Federation, State of Illinois FY 2017 Budget Roadmap: State of Illinois Budget Overview, Projections and Recommendations for the Governor and the Illinois General Assembly 4, 44­45 (Feb. 11, 2016) [hereinafter Civic Federation Report) available at: https://www.civicfed.org/sites/default/files/ReportRoadmapFY2017.pdf.
[258] John O’Connor, Illinois Supreme Court Strikes Down Chicago Pensions Plan, Associated Press (Mar. 24, 2016), available at: http://bigstory.ap.org/article/b7a533dfb58449438247bc53a19cc0e5/illinois­supreme­court­strikes­down­chicago­pensions­plan.
[259] Civic Federation Report, supra note 257, at 3­4.
[260] Ill. Const. of 1970, art. XIV, § 2(a).
[261] Id. at § 2(b).
[262] See 98th Ill. Gen. Assemb., Conference Committee Report No. 1 to Senate Bill 1 (bill status) available at: http://www.ilga.gov/legislation/BillStatus.asp?DocNum=1&GAID=12&DocTypeID=SB&LegId=68366&SessionID=85&GA=98.
[263] Civic Federation of Chicago, State of Illinois: FY 2017 Recommended Operating and Capital Budgets: Analysis and Recommendations, at 21 (May 3, 2016) available at: https://www.civicfed.org/sites/ default/files/Report_FY2017RecommendedBudget.pdf.
[264] In re Pension Reform Litigation, 2015 IL 118585, at ¶66, 32 N.E.3d at 22.
[265] Id. at ¶¶67­68, 32 N.E.3d at 22.
[266] Id. at ¶69, 32 N.E.3d at 22.
[267] Id.
[268] Russell v. Sebastian, 233 U.S. 195, 202­05 (1914) (observing that a state constitutional amendment qualifies as a “state law” for purposes of determining whether contracts rights are impaired under the federal Contracts Clause).
[269] Horne v. Dept. ofAgriculture, 135 S.Ct. 2419, 2427­28, 2431­33(2015) (holding that the appropriation of personal property by the government constitutes a per se taking requiring the payment of just compensation based on the fair market value of the property at the time of the taking); Lynch v. U.S., 292 U.S. 571, 579 (1934) (contract rights are property rights for purposes of the Fifth Amendment of the U.S. Constitution and applying Fifth Amendment protection to contract rights repudiated by the federal government); U.S. Trust Co. of New York v. New Jersey, 431 U.S. 1, n. 16 (1977) (noting that “[c]ontract rights are a form of property and as such may be taken for a public purpose provided that just compensation is paid.”); U.S. v. Larnioff, 431 U.S. 864, 878 (1977) (holding that a servicemen had “already earned” the contractual right to receive a military bonus upon agreeing to reenlist in the Navy even though the bonus program was repealed by Congress before the serviceman began to serve his re­enlistment, and indicating that Congress would have effectuated a taking if the repeal of the bonus program was intended to “divest” the serviceman of his bonus); U.S. v. Security Indus. Bank, 459 U.S. 70, 77 (1982) (“[T]he Fifth Amendment commands that, however great the Nation’s need, private property shall not be thus taken even for a wholly public use without just compensation. If the public interest requires, and permits, the taking of property of individual mortgagees in order to relieve the necessities of individual mortgagors, resort must be had to proceedings by eminent domain; so that, through taxation, the burden of the relief afforded in the public interest may be borne by the public.”) (quoting Louisville Joint Stock Land Bank v. Radford, 295 U.S. 555, 602 (1935)). See also United States v. Winstar Corp., 518 U.S. 839, 885 (1996) (characterizing the government’s repudiation of one of its contracts as a breach of contract, rather than a taking, and triggering the payment of damages as a traditional remedy).