Clinton/Trump: No Roosevelt or Willkie Here 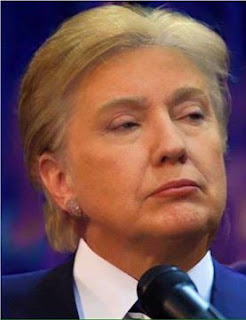 “If Hillary Clinton occupies the White House her presidency will be unpleasant for her and chaotic for the country. Ms. Clinton will encounter a nationwide rebellion she cannot comprehend and hence will not address.

“The rebellion is already underway, and it will continue.  It is not a violent, man-the-barricades revolution, but a visible one in which millions of voters in both parties are openly rejecting conventional candidates.  They are seeking a radical transformation of American governance.

“Ms. Clinton will take office because she gamed the nomination process brilliantly, but she was victimized by classic tragedy.  In the most bizarre political season in memory, she was the right person in the right place at the wrong time.

“Since Franklin D. Roosevelt’s day only Bill and Hillary Clinton have completed three presidential campaigns, so Ms. Clinton was armed for the fourth with unique experience and savvy: she knew precisely what had to be done, how to do it, and when. She amassed a war chest of hundreds of millions long before anyone else.  She recruited 400 super delegates even before she had opponents.  She set up campaign offices in the states with early primaries.  And by happy accident or clever arrangement the co-chair of her 2008 presidential campaign, Ms. Wasserman-Schultz, was put in charge of the Democratic National Committee.

“When you know a system as well as Ms. Clinton does you know how to game it: she effectively preempted the candidate space. Of the early prospective candidates, only Governor O’Malley and Senator Sanders moved on into the primaries; she out-polled both of them by monstrous margins…”

“…The case against Trump does not rest, ultimately, on his family life, his divorces, his casinos, strip clubs, bankruptcies, and lawsuits. It doesn’t rest on his personality: his generally mean-spirited demeanor, his lack of polish, his erratic temperament, weird hair, or vulgarity. Nor does it even rest on policy differences—his past support for Democrats, gun control, abortion, Planned Parenthood, or his generally awful foreign policy.

“All these things are true, and some are good reasons for conservatives not to vote for him. A vote for Trump is a vote against the principles that Republicanism and conservatism are built on. But I believe the case against Trump should go even further. I believe no American, conservative or liberal, should support Trump. He doesn’t simply violate conservative principles. He violates American principles. Donald Trump is a danger to self-government, civil liberties, the culture of democracy, and the ideals of a free and open society…