Are labor unions authorized agents within the collective bargaining process in Illinois? 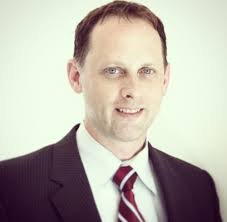 “[According to Eric Madiar,] …Aside from the Senate President’s contractual proposal, the Illinois Supreme Court’s Chicago Pension Reform decision strongly indicates that pension benefits may also be modified by public sector labor unions acting as authorized agents within the collective bargaining process for their members under Illinois law.[215]
“The court found that the legislation at issue violated the Pension Clause because the labor unions ‘were not acting as authorized agents within the collective bargaining process.’[216] To support this proposition, the court referenced two New York court decisions cited by the City of Chicago.
“In these decisions, the New York Court of Appeals held that duly designated labor unions could bind their members to the terms of collective bargaining agreements that waived the constitutional protections the members enjoyed under the New York Constitution’s pension clause.[217] As another New York court succinctly explained, the purpose of its pension clause ‘was merely to insure that pension and retirement benefits would not be subject to the whim of the Legislature or the caprice of the employer.’[218] The court continued that:
‘Whereas unilateral action by the employer or the Legislature may not impair such benefits, the parties are not prevented from negotiating a reduction. The Union is free to waive any right of its members to certain benefits in exchange for other consideration and the parties are free to negotiate less beneficial terms for new employees hired after the agreement expires. As long as the contractual benefits are not unilaterally diminished, there is no constitutional violation.’[219]
“In short, New York court decisions indicate that duly authorized unions may collectively bargain over and waive the protected pension benefit rights of their members in exchange for consideration.
“Whether Illinois courts will reach the same broad conclusion as New York courts with respect to Illinois public sector labor unions under our Pension Clause remains to be seen. Mayor Rahm Emanuel of Chicago, however, has expressed interest in not waiting long to find out.
“Shortly after the Illinois Supreme Court issued its decision, Mayor Emanuel stated that he intends to restart negotiations with the City’s labor unions to forge a pension reform agreement through collective bargaining given ‘the opening’ provided by the decision. [220]
“If a new accord with labor unions cannot be reached, then Mayor’s office may pursue ‘work­rule changes, lower break­in pay for new employees, another round of health care reforms, and other cost­saving concessions and dedicate those savings to pensions.’[221]
“It is important to note that as this Article went to press the Illinois Supreme Court issued its decision in Matthews v. Chicago Transit Authority.[222] In that decision, the court further confirmed that ordinary contract principles may be used to modify the existing pension benefits of current employees, and that public sector labor unions have the authority to modify the existing pension benefits of its active members through the collective bargaining process.[223]
“The Matthews decision appears to provide a clear path for the use of the collective bargaining process as a contractual means to modify the pension benefits of current public employees who belong to unions…”