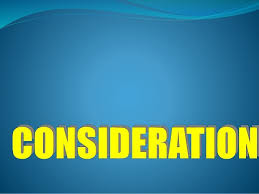 “…The Senate President’s proposal is based on the premise that pension benefits protected by the Pension Clause are ‘contractual’ in nature and subject to modification ‘in accordance with usual contract principles.’[172]

“As confirmed by the Illinois Supreme Court’s Chicago Pension Reform decision, while pension benefits cannot be reduced unilaterally, they can be reduced or otherwise modified so long as the employee ‘knowingly and voluntarily’ agrees to the modification ‘in exchange for valid consideration from the employer.’[173]

“Illinois courts define the term ‘consideration’ as ‘some right, interest, profit or benefit accruing to one party, or some forbearance, detriment, loss or responsibility given, suffered or undertaken by the other.’[174] Under Illinois law, ‘any act or promise which is of benefit to one party or disadvantage to the other is a sufficient consideration to support a contract.’[175] A promise, however, to do what a person is already bound to do by contract or statute does not constitute legal consideration.[176]

“On the issue of what may serve as ‘consideration,’ the Illinois Appellate Court has indicated that work hours, salary levels, and other terms of employment are generally not protected by the Clause even though changes to these terms would indirectly affect the pension amount a person would ultimately receive in retirement.[177] Indeed, as to salaries, Illinois courts have long held that public employees do not have a vested right in the expectation of the continuance of a specific rate or method of compensation, even where they are employed prior to the amendment of an enacted salary schedule.[178]

“In turn, when employees accept future salary increases on an express non­pensionable basis, they cannot later claim that these increases are includable for pension purposes because a waiver has occurred and the increases are thereby excluded from the pension calculation formula.[181]

“Recast in the light of these decisions, the Senate President’s proposal harnesses the discretionary power of the State, as an employer, to condition or not condition its offering of future salary increases to each Tier 1 employee in order to obtain a pension benefit reduction.

“The legal consideration the proposal offers to each Tier 1 employee who agrees to lower COLA increases in retirement is the State’s irrevocable promise, as an employer, to never offer him or her future salary increases on a non­pensionable basis.

“A Tier 1 employee, of course, is free to reject this offer. If he or she does, then the employee would do so with the full knowledge that all future salary increases will only be offered to him or her expressly on a non­pensionable basis—a right the State, as an employer, may exercise.