“The Pension Clause withdraws from the General Assembly the legal power to pass any statute authorizing municipal bankruptcy as a means to unilaterally discharge public pension obligations” —Eric M. Madiar 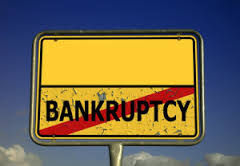 “[According to Eric Madiar, the municipal bankruptcy] proposal is untenable because the General Assembly simply lacks the legal power to statutorily authorize its municipalities to file for bankruptcy where the result is the unilateral discharge of their pension obligations. This conclusion stems from the fact that before an Illinois municipality is eligible to file a petition under Chapter 9 of the Bankruptcy Code, the General Assembly must first enact a state law providing specific authorization.[288]

“The state law authorization requirement derives from the U.S. Supreme Court’s decision in United States v. Bekins, which upheld Congress’ power to enact municipal bankruptcy legislation.[289] The requirement balances the constitutional difficulties of allowing municipalities to shed their debt obligations through a bankruptcy court­approved plan without running afoul of U.S. Constitution’s Contract Clause,[290] while also preserving the State’s sovereign control over its fiscal affairs and its municipalities without federal interference under the Tenth Amendment.[291] The Bekins decision upheld the municipal bankruptcy statute, in part, by emphasizing that the statute did not affect ‘any restriction on the powers of States or their arms of government in the exercise of their sovereign rights and duties.’[292]

“Importantly, federal courts construing the state authorization requirement have found that the state law purporting to provide authorization must in fact be valid under state law.[293] Indeed, as one federal bankruptcy court observed, while ‘Congress has made bankruptcy available to municipalities, states retain their concomitant rights to limit access by their political subdivisions to bankruptcy relief.’[294]

“Under our system of government, State rights and powers derive from the people who, in turn, can delegate it to representative instruments they create or reserve it to themselves.[295] The powers they have reserved are shown in the prohibitions set forth in State constitutions.[296] And as the Illinois Supreme Court recently noted, ‘which reserved powers a state government may exercise is a question for the people of that state, not the federal courts.’[297]

“This conclusion is reinforced by the Bekins decision. In that decision, the court observed that States, like sovereign governments entering into treaties, are at liberty to make agreements ‘with Congress if the essence of their statehood is maintained without impairment.’[298] Indeed, the very legal authority[299] the Bekins court relied upon stated that sovereign governments were unable to enter into treaties that violate their own constitutions.[300] The U.S. Supreme Court, of course, agrees.[301]

“The same logic was employed in the Detroit bankruptcy case. In that case, the court rejected the argument that the Michigan statute authorizing municipal bankruptcy violated the Michigan Constitution’s Pension Protection Clause because there was nothing in that Clause’s drafting history or jurisprudence to suggest that it was intended, as an independent matter of state law, to provide greater protection to pension benefits rights than that afforded under the U.S. Constitution’s Contracts Clause.[303] This is simply not the law in Illinois.

“The recent Pension Clause decisions… make clear that ‘when it came to retirement benefits for public employees,’ the people of the Illinois, through the limits found in the Illinois Constitution, determined that ‘the legislature could not be trusted.’[304] To that end, the people of Illinois withdrew from the General Assembly the legal authority to take any action that unilaterally diminishes or impairs the pension benefit rights of members of the pension systems.[305]

“As the Illinois Supreme Court put it, there was ‘no possible basis for interpreting the Pension Clause to mean its protections can be overridden if the General Assembly deems it appropriate.’[306] Indeed, according to the court, the Pension Clause ‘removed the option of unilaterally diminishing benefits as a means of attaining pension stability.’[307]

“As a result, the Pension Clause withdraws from the General Assembly the legal power to pass any statute authorizing municipal bankruptcy as a means to unilaterally discharge public pension obligations. To allow the General Assembly to enact such a state law would simply be an end run around the Pension Clause and be inconsistent with its purpose.[308] ‘Municipal governments,’ after all, ‘are creatures of the Illinois Constitution. They have no other powers.’[309]

“This conclusion is made all the more necessary given the holdings of two recent municipal bankruptcy court decisions.[310] In both cases, the bankruptcy court judges found that once a state legally authorizes a municipality to file for Chapter 9 bankruptcy, the municipality is free to discharge its pension obligations through a bankruptcy court­approved plan regardless of any state law obstacles to the contrary.[311] Whether these decisions would equally apply to an Illinois municipality in light of the Pension Clause is beyond the scope of this Article, but it appears highly uncertain in this author’s view based on the Bekins decision and Chapter 9’s plain language and legislative history...”[312]

[288] 11 U.S.C. § 109(c)(2) (requiring a municipality to be “specifically authorized to be a debtor under such chapter by State law, or by a governmental officer or organization empowered by State law to [so] authorize.”) (emphasis added).
[289] 304 U.S. 27 (1937).See Franklin California Tax­Free Trust v. Puerto Rico, 805 F.3d 322, 327­28 (1st. Cir. 2015) (describing the origins of the state law authorization requirement as necessary to avoid “a Tenth Amendment problem”); In re City ofBridgeport, 128 B.R. 688, 692 (Bankr. D.Conn. 1991) (stating that it “is beyond peradventure that municipalities are political subdivisions of states from which they derive all of their rights and powers. Chapter 9 does not disturb that arrangement, that is, it does not give a city rights and powers independent of the state. Thus, chapter 9 does not give a city the power to file a bankruptcy petition. Rather, it is the state which must decide whether to empower its cities to file.”); In re City ofHarrisburg, PA, 465 B.R. 744, 753­54 (Bankr. M.D.Pa., 2011) (same).
[290] Id. at 53­54 (discussing that the purpose of the municipal bankruptcy statute was simply to remove the obstacle posed by the U.S. Constitution’s Contract Clause to state legislation impairing existing contracts because only Congress had the power to remove the obstacle via its bankruptcy power); Hanover Nat’l Bank v. Moyses, 186 U.S. 181, 188 (1902) (“The grant to Congress [regarding bankruptcies] involves the power to impair the obligation of contracts, and this the states were forbidden to do.”).
[291] 304 U.S. at 51­53 (explaining how the statute preserved state control over its fiscal affairs and its because the municipality had to have state law authority to carry out the plan approved by the bankruptcy court, and because the states, like sovereign governments entering into treaties, were at liberty to make agreements “with Congress if the essence of their statehood is maintained without impairment.”).
[292] Id. at 49­53 (quoting H.R.Rep. No. 75­517, at 2 (1937); S.Rep. No. 75911, at 2 (1937)) (emphasis added). Seven years after its Bekins decision, the U.S. Supreme Court emphasized that it upheld the municipal bankruptcy statute “only because Congress had been ‘especially solicitous to afford no ground’ for the ‘objection’ that an exercise of federal bankruptcy over political subdivisions of the State ‘might materially restrict (its) control over its fiscal affairs’ whereby states would no longer be ‘free to manage their own affairs’. The statute was ‘carefully drawn so as not to impinge on the sovereignty of the State. The State retains control of its fiscal affairs. The bankruptcy power is exercised * * * only in a case where the action of the taxing agency in carrying out a plan of composition approved by the bankruptcy court is authorized by state law.’” Faitoute Iron & Steel Co. v. City ofAsbury Park, 312 U.S. 502, 508 (1942) (quoting Bekins, 304 U.S. at 50­51).
[293] See In re Suffolk Regional Off­Track Betting Corp., 462 B.R. 397, 417­421 (Bankr. E.D.N.Y. 2011) (finding that a public benefit corporation established under New York law was ineligible to file a Chapter 9 bankruptcy petition because the New York county that authorized the filing through a county resolution lacked the state constitutional authority to enact such a resolution, and noting that court could not turn “a blind eye to New York law governing the scope of a county’s authority”); In re New York City Off­Track Betting Corp., 427 B.R. 256, 268­71 (Bankr. S.D. N.Y 2010) (stating that “courts must look tostatelaw” when determining whether valid authorization is given to a municipality to file a Chapter 9 provision and looking to relevant provisions of the state constitution); In re Sullivan County Reg’l Refuse Disposal Dist., 165 B.R. 60, 73 and n. 41 (Bankr. D.N.H.1994) (same, and stating a “municipality has only those powers granted by the state. Unless state law has authorized the municipality to seek protection under federal law, use of the Bankruptcy Code would implicate the Tenth Amendment to the U.S. Constitution.”); In re Summer Lake Irr. Dist., 33 F. Supp. 504, 506 (D. Or. 1940) (“The question of the technical validity of state consent is a question of state law for the determination of state courts.”). See also, Brieffor the U.S. as Intervenor­Appellee, In re: City ofDetroit,2014 WL 2555744 at *39­*40 (6th Cir. 2014) (stating that a “state law that purports to authorize commencement of bankruptcy proceedings but that is invalid under the State’s own constitution would not satisfy this statutory requirement” and that “the question of whether the Michigan Pension Clause does in fact render invalid the state law authorizing commencement of these proceedings turns solely on issues of state law.”); Vincent S.J. Buccola, Who Does Bankruptcy? Mapping Pension Impairment in Chapter 9, 33 Rev. Banking & Fin. L. 585, 606­07 (observing that “if within the meaning of a state’s constitution the act of [a municipality] petitioning [under Chapter 9]—or perhaps the act of petitioning plus proposing to adjust debts—were understood to constitute ‘impairment,’ then statutory authorization to petition would be void as ultra vires.”). McConnell & Picker, When Cities Go Broke: A Conceptual Introduction to Municipal Bankruptcy, 60 U. Chi. L. Rev. 425, 457 & n. 143 (1993) (“Looming in the background of this issue [i.e., the state law authorization requirement], but not resolved in litigation, is whether general state constitutional provisions requiring municipalities to make adequate provision for the payment of debts should be interpreted as barring bankruptcy filings.”) (cited favorably in Puerto Rico v. Franklin Cal. Tax­Free Trust, Nos. 15­233, 15­255, — S.Ct. —, 2016 WL 3221517, at *8 (U.S., June 13, 2016)).