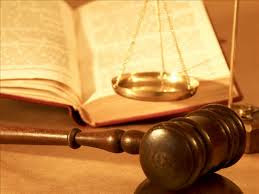 “…The Senate President’s proposal is based on the premise that pension benefits protected by the Pension Clause are ‘contractual’ in nature and subject to modification ‘in accordance with usual contract principles.’[172]

“As confirmed by the Illinois Supreme Court’s Chicago Pension Reform decision, while pension benefits cannot be reduced unilaterally, they can be reduced or otherwise modified so long as the employee ‘knowingly and voluntarily’ agrees to the modification ‘in exchange for valid consideration from the employer.’[173]

“Illinois courts define the term ‘consideration’ as ‘some right, interest, profit or benefit accruing to one party, or some forbearance, detriment, loss or responsibility given, suffered or undertaken by the other.’[174] Under Illinois law, ‘any act or promise which is of benefit to one party or disadvantage to the other is a sufficient consideration to support a contract.’[175] A promise, however, to do what a person is already bound to do by contract or statute does not constitute legal consideration.[176]

“On the issue of what may serve as ‘consideration,’ the Illinois Appellate Court has indicated that work hours, salary levels, and other terms of employment are generally not protected by the Clause even though changes to these terms would indirectly affect the pension amount a person would ultimately receive in retirement.[177] Indeed, as to salaries, Illinois courts have long held that public employees do not have a vested right in the expectation of the continuance of a specific rate or method of compensation, even where they are employed prior to the amendment of an enacted salary schedule.[178]

“In turn, when employees accept future salary increases on an express non­pensionable basis, they cannot later claim that these increases are includable for pension purposes because a waiver has occurred and the increases are thereby excluded from the pension calculation formula.[181]

“Recast in the light of these decisions, the Senate President’s proposal harnesses the discretionary power of the State, as an employer, to condition or not condition its offering of future salary increases to each Tier 1 employee in order to obtain a pension benefit reduction.

“The legal consideration the proposal offers to each Tier 1 employee who agrees to lower COLA increases in retirement is the State’s irrevocable promise, as an employer, to never offer him or her future salary increases on a non­pensionable basis.

“A Tier 1 employee, of course, is free to reject this offer. If he or she does, then the employee would do so with the full knowledge that all future salary increases will only be offered to him or her expressly on a non­pensionable basis—a right the State, as an employer, may exercise.

“…[T]he Cullerton proposal would force upon pension system members a choice between two diminishments of their constitutionally protected pension rights. The fact that a ‘choice’ is offered does not matter. Either ‘choice’ would be a pension diminishment and a violation of the Pension Protection Clause of the Illinois Constitution.

“As the Illinois Supreme Court has explained, ‘once an individual begins work and becomes a member of a public retirement system, any subsequent changes to the Pension Code that would diminish the benefits conferred by membership in the retirement system cannot be applied to that individual.’ In re Pension Reform Litigation (Heaton v. Quinn), 2015 IL 118585, ¶ 46; see also Kanerva v. Weems, 2014 IL 115811, ¶ 38; Jones v. Municipal Employees’ Annuity & Benefit Fund of Chicago, 2016 IL 119618, ¶¶ 36-47.

“Applying this constitutional rule, our courts have repeatedly invalidated amendments to the Illinois Pension Code that would change the calculation of a pension system member’s pensionable salary so as to diminish that member’s pension benefits. In Heaton, the Illinois Supreme Court invalidated legislation which, among other things, ‘cap[ped] the maximum salary that may be considered when calculating the amount of a member’s retirement annuity.’ Heaton, 2015 IL 118585, ¶ 27 (describing P.A. 98-0599).

“Likewise, in Felt v. Board of Trustees of Judges Retirement System, our Supreme Court invalidated legislation that changed a judge’s pensionable salary from the ‘salary of the judge on the last day of judicial service’ to ‘the average salary for the final year of service as a judge.’ See Felt, 107 Ill. 2d 158, 161-63 (1985).

“Likewise, in Kraus v. Board of Trustees of Police Pension Fund of Village of Niles, the Illinois Appellate Court held that a police officer on disability could not constitutionally be denied his right under the Pension Code to ‘receive a pension of one half the salary attached to his rank for the year preceding his retirement on regular pension.’ While the Pension Code had been amended so as to change that formula, that Pension Code amendment could not be applied to the officer because it was enacted after he joined the pension system. See Kraus, 72 Ill. App. 3d 833, 843-51 (1979). In other words, it is clear that variables in the pension formula that are tied to a pension system member’s salary cannot be changed to that member’s detriment after he or she has joined the pension system.

“But the Cullerton proposal would do exactly that. In Mr. Madiar’s words, pension system members who choose not to ‘agree’ to a diminishment of their COLAs (or, more accurately, statutory ‘automatic annual increases’ in the pension annuity) would be offered future salary increases only ‘on the express condition that the increases, if accepted, will not apply in the calculation of the employee’s pension at retirement.’

“Under existing law, pension system members’ salary increases are factored into the formula that is used to calculate their pension annuities. By way of example, under section 16-121 of the Pension Code, a TRS member’s salary is defined as the ‘actual compensation received by a teacher during any school year and recognized by the system in accordance with rules of the board.’ That ‘actual compensation’ will incorporate any salary increases a teacher has earned over the course of his career, and that teacher’s ‘salary’ will be a variable in the formula used to determine his pension annuity.

“Of course, public sector employers generally may simply decide not to give their employees a raise. But that is beside the point. The Cullerton proposal would diminish pensions by changing the way the Pension Code calculates pension annuities; specifically, by freezing one’s pensionable salary as of a date certain. That is not permitted by the Pension Protection Clause.

“Mr. Madiar concedes that Illinois decisions have ‘invalidated legislation that unilaterally narrowed the statutory definition of pensionable salary,’ but he argues that none of those decisions ‘involved an express offering of future salary increases on a non-pensionable basis’ (emphasis in original). To us, that is a distinction without a difference. Changing the law to provide that future salary increases will not count towards one’s pensionable salary constitutes a diminishment of one’s constitutionally protected pension rights. Such a change would suffer the same fate as other changes to the Pension Code’s formulation of one’s pensionable salary.

“Mr. Madiar relies heavily on Carroll v. Grumet, 281 A.D. 35, 36-38 (N.Y. App. Div. 1952). But in that case, a New York City firefighter was offered a ‘cost of living bonus’ and agreed, apparently from the outset, that this new benefit would never count towards his pensionable salary. We believe Carroll is distinguishable. Unlike the plaintiff in Carroll, who apparently never had a legal right for the ‘cost of living bonus’ to be counted towards his pensionable salary, members of Illinois public sector pension systems have an existing legal right for any salary increases that they may earn between now and their retirement to be factored into their pensionable salary.

“We should add that Kanerva counsels against over reading the holdings of New York decisions in this area. See Kanerva, 2014 IL 115811, ¶ 52 (agreeing with the Hawaiian Supreme Court’s holding that a certain New York decision interpreting the New York Constitution’s pension protection provision was ‘distinguishable and unpersuasive’). We see no reason to believe that the Illinois Supreme Court would adopt the expansive reading of Carroll suggested by Mr. Madiar.

“In conclusion, we applaud Mr. Madiar for his continued scholarship on this crucial legal subject. We also agree that creative ideas will be necessary to address the chronic problem of pension system underfunding in this State. We strongly believe, however, that this particular proposal is unconstitutional.”

About the authors: Gino L. DiVito and John M. Fitzgerald are partners at the Chicago law firm Tabet DiVito & Rothstein LLC. Mr. DiVito is a retired justice of the Illinois Appellate Court.