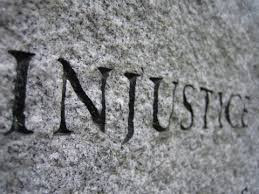 It is well known that adjunct faculty work without job security, without the benefit of healthcare, and without an ethical living wage. Most universities’ priorities are their development of building projects and technology, renovation of infrastructure, management of revenues and investments and reducing operating costs, administrative/bureaucratic positions and salaries, and athletic programs and their resources. “…The truth is that teaching is a diminishing priority in universities. Years of American Association of University Professors (AAUP) reports indicate that budgets for instruction are proportionally shrinking. Universities now devote less than one-third of their expenditures to instruction. Meanwhile, administrative positions have increased at more than 10 times the rate of tenured faculty positions. [Of course], sports and amenities are much more fun [and profitable]…” (Birmingham).

There are no due process protections for adjunct faculty. There is no equal pay for equal work. There is no professional advancement. There is no equity in the lack of health insurance and retirement benefits available for adjunct faculty. There is little to no inclusion in the way higher education’s formal decision-making procedures and structures are made. Indeed, adjunct faculty are simply part-time contractors, “lecturers,” or non-essential “marginalized” hires who are disenfranchised from high-level governance and required to carry out most of the responsibilities of the full-time faculty (and sometimes at multiple institutions), but for less than one-fifth of the salary of the full-time faculty and without meaningful job security from one semester to another. “The insecure, overworked adjunct lecturers employed en masse at most institutions of higher education… have been reduced to an army of indentured wage slaves, with little or no power [and] benefits” (Giroux, “Why Teachers Matter in Dark Times”).

“The abysmal conditions of adjunct faculty are not byproducts of an economy… They are intentional. Universities rely upon a revolving door of new [M.A.s and] PH.D.s who work temporarily for unsustainable wages before giving up and being replaced by next year’s surplus doctorates” (Birmingham).

It is unfortunately verifiable that universities and colleges do not make long-term commitments to adjunct faculty. “Based on data from the American Community Survey, 31 percent of part-time faculty are living near or below the federal poverty line. [Moreover], according to the UC Berkeley Labor Center, one in four families of part-time faculty are enrolled in at least one public assistance program like food stamps and Medicaid or qualify for the Earned Income Tax Credit” (Fredrickson).

“Adjunct professors earned a median of $2,700 per semester-long class during the 2012-13 academic year, according to an AAUP survey of thousands of part-time faculty members. [Most adjunct faculty at Benedictine University, where I have taught part-time for 8½ years, currently earn $2,700 per semester during the 2017-18 academic year]. While varying class loads make it difficult to calculate the typical adjunct’s annual earnings, NPR reported in 2013 that the average yearly pay for [cheap contingent appointments] was between $20,000 and $25,000, and a March 2015 survey conducted by Pacific Standard among nearly 500 adjuncts found that a majority earn less than $20,000 a year from teaching…” (McKenna).

Equally demoralizing is that most full-time faculty do not sympathize with the adjunct faculty’s plight. Adjunct faculty are generally without help in their hardship. The “tenure-adjunct divide has bifurcated the faculty between the older craft producers and… [low-] waged laborers. [Privileged] tenured faculty, whatever their stated level of solidarity or sympathy for the struggles of… proletarianized academic workers may be, are reluctant to directly intervene or ally with them…” (Siegelbaum). What is more, most tenured faculty are unconcerned about the slow moral dissolution of higher education and the threats to their own security, even though these debasing administrative trends and practices persist.

Not surprisingly, at Benedictine University where there is declining student enrollment but increasing student tuition ($33,900 a year—though only a fraction of this amount pays for college adjunct instruction), full-time tenured faculty are given priority for available classes each semester; thus, an adjunct faculty member’s originally-designed course will be dropped from the core curriculum, no matter how competent and dedicated the adjunct instructor is and respected by students.

Nevertheless, if the reduction of courses taught by adjunct faculty is one of Benedictine University’s severe budgetary constraints, “when contingent appointments are used, they should include job security and due process protections. Contingent faculty appointments, like all faculty appointments, should include: the full range of faculty responsibilities (teaching, scholarship, service); comparable compensation for comparable work; assurance of continuing employment after a reasonable opportunity for successive reviews; inclusion in institutional governance structures; and appointment and review processes that involve faculty peers and follow accepted academic due process.

“In both cases, transition to a higher proportion of tenured faculty should be accomplished primarily through attrition, retirements and, where appropriate, ‘grandfathering’ of currently contingent faculty into tenured positions. Faculty in contingent positions should not bear the cost of transition…” (Background Facts on Contingent Faculty).

It is reprehensible that universities are becoming “increasingly oblivious to the demands of a democracy... [Universities]… disregard [their adjunct] faculty and resemble institutions governed by myopic accountants who should be ashamed of what they are proud of. The university needs to be reclaimed… where administrators… can imagine what a free and substantive democracy might look like and what it means to make education relevant to such a crucial pedagogical and political task. This could be the first step in taking back higher education as a precondition for developing a broad-based social movement for the defense of [any university’s mission for ‘Dignity and the Common Good’], one capable of both challenging the regime of casino capitalism and re-imagining a society in which democracy lives up to its promises and ideals” (Giroux, “Beyond Neoliberal Miseducation”).

It is stated in the Benedictine University Center for Mission Identity, “[that the university’s] curriculum, policies and activities draw on the wisdom of the Church regarding ways to build a just society and live lives of holiness in the modern world. To that end, the university engages key themes of modern Catholic social teaching identified by the United States Conference of Catholic Bishops: life and dignity of the human person; call to family, community, and participation; rights and responsibilities; option for the poor and vulnerable; the dignity of work and the rights of workers; solidarity; and care for God's creation…” (University Mission, Vision and Commitment Statements).

Indeed, “[f]or the [Catholic] Church, there is no distinction between defending human life and promoting the dignity of the human person. Pope Benedict XVI writes in Caritas in Veritate [Charity in Truth] that ‘The Church forcefully maintains this link between life ethics and social ethics, fully aware that a society lacks solid foundations when, on the one hand, it asserts values such as the dignity of the person, justice and peace, but then, on the other hand, radically acts to the contrary by allowing or tolerating a variety of ways in which human life is devalued and violated, especially where it is weak or marginalized’” (no. 15) (Human Life and Dignity).

Surely, flagrant indifference to the mental and physical well-being of adjunct faculty is incompatible with the adage “cura personalis” (care for the entire person). What remains to be seen at universities like Benedictine and across the nation is the rejoinder to an essential ethical question: “To what extent can universities be considered [moral and just] while engaging in practices or ideologies that run contrary to [their Mission, Vision, and Commitment Statements]? ...Catholic universities have to decide whether or not running a [consumerist/capitalist academic structure] that utilizes [and exploits their core adjunct faculty]… fundamentally contradicts Catholic teaching [and its ideals]. Adjunct pay, [their lack of benefits and precarious job security… are] not just a [Benedictine] issue — it is an industry wide issue...” (“The Fordham Ram Unfair Adjunct Wages Go Against Jesuit Values”).

Fredrickson, Caroline. “There Is No Excuse for How Universities Treat Adjuncts.” The Atlantic. 15 Sept. 2015,
https://www.theatlantic.com/business/archive/2015/09/higher-education-college-adjunct-professor-salary/404461/. Accessed 23 Oct. 2017.

This essay has been published on the following websites: