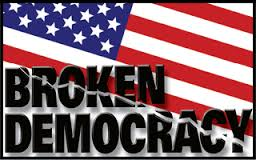 
Here are a few rejoinders to me from yesterday:

“Glen ,I don't remember you running in this election, that President D.J.T. won ? If you think so highly of your uneducated babble, and feel you are so superior to D.J.T why are you not in the oval office as President ? Here's a ‘WAKE UP CALL,’JUST FOR YOU’,,,,You are an uneducated Idiot ,Seriously Lacking any common sense. Did the DNC do a Lobotomy on you as well ?”

“WOW a Catholic and a liberal! What is your opinion on sexual abuse in the Catholic Church? I hear it's a real problem.”

“Glen, so you don't believe in name calling...what about riots and the destruction of other people's property? 100% of these lawless acts are committed by liberals. Control your people or are they too stupid to understand their acts are against the law. Why would anyone admit to being a liberal?”

“Glen let's be clear here You have no idea who I am ,how I think , or what I know about the POTUS .You on the other hand are very transparent ! What I will share with you is that I am unique , and one of a kind Like no other .I am not A Follower , and by any means do I belong to any cults ,Including Religion. This is a FACT ! Have fun chewing on this food for thought ,when you are trying desperately to Pysco Analize your next victim , which’ I CLEARLY AM NOT’ !! May you continue to seek guidance from our Heavenly father , But with an open and wide view ,and not the narrowlized view you currently have.God Bless .”