“We have always been in post-truth politics”—Sam Kriss 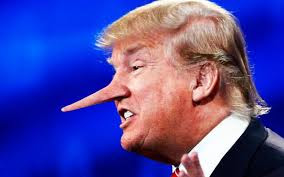 “We are in very dangerous times, of mobs and meaninglessness. People aren’t swayed by facts anymore; they’re indifferent to reality and openly scornful of experts.

“All they want is to feel good, even if it’s only for an instant, even if it’s at the cost of an entire future. Vast crowds of the pleasure-hungry are being pulled along into increasingly destructive politics by cheap sound bites and tawdry emotion.

“We’re teetering over the edge, and people hardly even notice—it’s all become theater; society rips itself apart in real time before our eyes, but we approach it like an entertainment product… This is madness, but it’s also what’s come to rule our world. You’ve probably heard the name for all this. We are in post-truth politics…

“We have always been in post-truth politics. The first written texts of political theory are a lament that questions of government are no longer ruled by transcendent, objective fact. So many subsequent interventions tend to carry the same theme.

“John Stuart Mill and Alexis de Tocqueville warned darkly of the ignorant masses on the horizons, now terrifyingly sovereign. Kant saw humanity living deeply irrational lives in a state of self-imposed nonage, capable of being rescued only by an enlightened but autocratic ruler.

“Most revealingly, in his Reflections on the Revolution in France, Edmund Burke condemns radical and nonconformist preachers, who use their pulpits ‘not for the diffusion of truth, but for the spreading of contradiction.’

“Whenever political processes start to involve large numbers of people, there’s a worry that truth is being abandoned. This ought to say something. Science is a discourse in which the categories of truth or falsehood make sense; aesthetics is one in which they don’t.

“Politics is something strange, however: It’s far closer to literature than it is to science—disagreements over political principle can’t be settled through a practical experiment—but for nearly two and a half thousand years it’s faced the criticism that it should be something different from what it is…

“Politics is where people can gain the ability to actively reshape the world, rather than just describe it. It’s as false as the Athenian theater, and this is no bad thing. Of course these aspects of politics can give rise to monsters like Donald Trump; dreams always raise the possibility of a nightmare.

“But when we’re confronted with political evil, our response should be to fight it with something good, not to grumble that it’s getting its statistics wrong...”

from The Biggest Political Lie of 2016 by Sam Kriss.