A Travesty of Justice 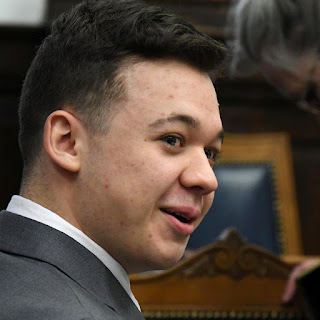 A jury acquitted Kyle Rittenhouse today for the murders of Anthony Huber and Joseph Rosenbaum and the attempted murder of Gaige Grosskreutz.

Rittenhouse was one of many armed civilians who came out to the protests in Kenosha, Wisconsin, on Aug. 25, 2020; however, he was the only one who pulled the trigger and took lives on that tragic day.

Our hearts are with the victims in this case – the individuals killed and wounded by Rittenhouse as well as the families and community torn apart by the consequences of this deadly violence.

The acquittal of Rittenhouse will add fuel to the fire of armed radicalization in the United States. That a white male youth can travel across state lines, armed with an assault rifle, and engage in armed confrontation resulting in multiple deaths without facing criminal accountability is the all-too-familiar outcome in a country where systemic racism continues to rot the system.

Far-right extremists have already published a deluge of propaganda lionizing Kyle Rittenhouse, and his acquittal is likely to further embolden them to pretend that his violent actions were somehow heroic.

We will continue to see this sort of violence repeat itself in towns across the country unless we, as a nation, move toward greater prevention of radicalization, countering the antidemocratic hate that enabled the Kenosha violence, and ending the systemic racism that supports it.