"Only 302 Children Will Die" - Joe Morice: 18 arguments why our children should not attend school this fall 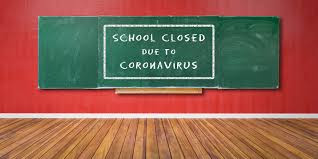 “Like all of you, I’ve seen my feed become a flood of anxiety and faux expertise [on Facebook]. You’ll get no presumption of expertise here… Of note, when I started working on this piece [July 10] at 12:19 PM, the COVID death tally in the United States stood at 133,420.