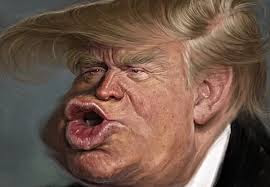 “This is not a decision I make lightly, for I am a lifelong Republican. But Donald Trump does not reflect historical Republican values nor the inclusive approach to governing that is critical to healing the divisions in our country…

“My conclusion about Mr. Trump’s unsuitability for office is based on his disregard for the precept of treating others with respect, an idea that should transcend politics. Instead, he opts to mock the vulnerable and inflame prejudices by attacking ethnic and religious minorities. Three incidents in particular have led me to the inescapable conclusion that Mr. Trump lacks the temperament, self-discipline and judgment required to be president.

“The first was his mocking of a reporter with disabilities, a shocking display that did not receive the scrutiny it deserved. I kept expecting Mr. Trump to apologize, at least privately, but he did not, instead denying that he had done what seemed undeniable to anyone who watched the video. At the time, I hoped that this was a terrible lapse, not a pattern of abuse.

“The second was Mr. Trump’s repeated insistence that Gonzalo Curiel, a federal judge born and raised in Indiana, could not rule fairly in a case involving Trump University because of his Mexican heritage. For Mr. Trump to insist that Judge Curiel would be biased because of his ethnicity demonstrated a profound lack of respect not only for the judge but also for our constitutional separation of powers, the very foundation of our form of government. Again, I waited in vain for Mr. Trump to retract his words.

“Third was Donald Trump’s criticism of the grieving parents of Army Capt. Humayun Khan, who was killed in Iraq. It is inconceivable that anyone, much less a presidential candidate, would attack two Gold Star parents. Rather than honoring their sacrifice and recognizing their pain, Mr. Trump disparaged the religion of the family of an American hero. And once again, he proved incapable of apologizing, of saying he was wrong.


“I am also deeply concerned that Mr. Trump’s lack of self-restraint and his barrage of ill-informed comments would make an already perilous world even more so. It is reckless for a presidential candidate to publicly raise doubts about honoring treaty commitments with our allies. Mr. Trump’s tendency to lash out when challenged further escalates the possibility of disputes spinning dangerously out of control…” --Senator Susan Collins.

From GOP senator Susan Collins: Why I cannot support Trump