"Demand that the Clinton Campaign address the concept of endless war and the grotesque, trillion-dollar military budget"--Robert Koehler 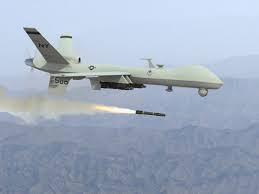 “…The paradox faced this year by reluctant Hillary supporters is that, in voting for her out of intense (and understandable) aversion to Trump, they’re giving, once again, a free pass to the military-industrial status quo. Voting idealistically — for the Green Party’s Jill Stein, say — is seen overwhelmingly as a mistake: the equivalent of a vote for Trump.

“Yeah, OK, I get it, but I don’t believe it. It feels like being locked in a jail cell. To concede that voting is sheerly a cynical, hold-your-nose activity, divorced from real values — to concede that the best choice we ever get is the lesser evil — is the slow death knell of democracy.

“As I see it, the only solution is to reach beyond the candidates. Vote for whomever, but realize that the job of building the future — a future founded on compassion, not violence and domination — is everyone’s job. If the right leader hasn’t yet stood up, or has been knocked down, stand up yourself.

“If nothing else, demand that the Clinton campaign, and your local reps, address the concept of endless war and the grotesque, trillion-dollar military budget. A movement is building; a force is rising. Look for it. Join it”—Robert Koehler, Reaching Beyond the Candidates.