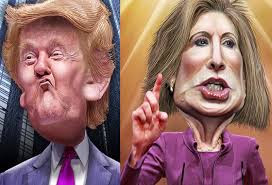 From Noam Chomsky’s Eight-Point Rationale for Voting for the Lesser Evil Presidential Candidate by Noam Chomsky and John Halle:


“Voting should not be viewed as a form of personal self-expression or moral judgment directed in retaliation towards major party candidates who fail to reflect our values or of a corrupt system designed to limit choices to those acceptable to corporate elites. The exclusive consequence of the act of voting in 2016 will be (if in a contested “swing state”) to marginally increase or decrease the chance of one of the major party candidates winning.

“One of these candidates, Trump, denies the existence of global warming; calls for increasing use of fossil fuels and the dismantling of environmental regulations; and refuses assistance to India and other developing nations as called for in the Paris agreement, the combination of which could, in four years, take us to a catastrophic tipping point. Trump has also pledged to deport 11 million Mexican immigrants, has offered to provide for the defense of supporters who have assaulted African American protestors at his rallies, has stated his ‘openness to using nuclear weapons,’ has supported a ban on Muslims entering the U.S., and has regarded ‘the police in this country as absolutely mistreated and misunderstood’ while having ‘done an unbelievable job of keeping law and order.’ Trump has also pledged to increase military spending while cutting taxes on the rich, hence shredding what remains of the social welfare ‘safety net’ despite pretenses.

“The suffering which these and other similarly extremist policies and attitudes will impose on marginalized and already oppressed populations has a high probability of being significantly greater than that which will result from a Clinton presidency. This should constitute sufficient basis for voting for Clinton where a vote is potentially consequential in a contested ‘swing’ state…”

Noam Chomsky is institute professor emeritus in the Department of Linguistics and Philosophy at Massachusetts Institute of Technology. His newest book is Who Rules the World? (Metropolitan Books, 2016). His website is www.chomsky.info.