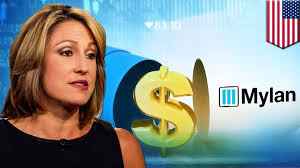 “I found out about four years ago that my most dangerous and mortal enemy actually weighs less than a gram.  And my most faithful seventy-pound friend was only able to sit down by my side and watch me die.

“Yellow jacket wasps are interesting creatures that many people mistakenly regard as a kind of bee due to their color and other similarities like buzzing when they fly.  In reality, they are anything but a friendly bee.  And a bee is just one item along with many others on their menu...

“When I survived somehow, I was given a prescription for an Epi-Pen when the emergency room in a hospital nearly 40 miles away let me depart under the care of a friend and fellow hiker.  The cost I remember was steep – nearly $50 per pen and they come in two-packs – but I wasn’t questioning anything at that time.

“But, as you are likely already aware, Pharmaceutical Company Mylan has increased the costs for Epi-pens to $600 for the same package.  Mylan purchased the rights for Epi-Pens in 2007 from Merck, and under the supervision of soon-to-become-CEO Heather Bresch they immediately began an all-out battle to own the lucrative allergy market for those susceptible to peanuts, bees, and other maladies.

“In fact, in the last nine years Heather Bresch has been able to reap an increase in her personal salary from nearly $2.5 million in 2007 to nearly $19 million in the latest reports…

“[W]hen a company like Mylan increases life-necessary drugs to an over 100% increase in cost, I’m sure that those who are socio-economically disadvantaged will bear the pain. On the other hand, the market place can be just as cruel to those who try to use it for unrestrained capitalist greed.  Especially an injector containing approximately one dollar worth of epinephrine.

“According to Consumer Reports, ‘In most states, to get the low-cost, EpiPen alternative, you can't use a prescription for EpiPen from your doctor. That's because pharmacists at your drugstore likely won't be able to automatically substitute the low-cost version if your prescription is written for EpiPen. Instead, ask your doctor to write a prescription for an epinephrine auto-injector or generic Adrenaclick.’  If you need and Epi-Pen like I do, please read the report: And, please register your concern and disgust with your Federal Representative and Senator. Fight back!  Bee Angry.”