"Of Which" Your Pension Hangs on Two Words? By John Dillon 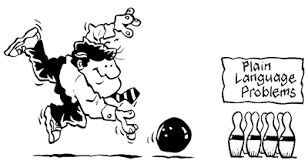 “Unlike an affirmative defense one might expect to find in a regular criminal court proceeding (that is, a defensive strategy that justifies accountability for what appears an illegal act but denies culpability out of necessity or circumstances), March 12th's oral ‘pension reform’ arguments before the Illinois Supreme Court by the Attorney General’s office proposed (1) a return to an earlier court for re-consideration, (2) a request to disregard the unique position of the Pension Protection Clause from other Contracts Clauses, and (3) a promise that the Police Powers argument to lessen the promised benefits of public employee retirees would never be used for other situations or contracts made by the state – because, well, this time and this recession was worse than expected?

“It was not a classic affirmative defense.  It was a request for a do-over, an argument on semantics, and a promise to be good from now on. A lion’s share of the argument was identical to the position we have all been hearing from ‘Pension Reform Architect’ Representative Elaine Nekritz for the last few months.  ‘There is nothing absolute.’ Not free speech, not the right to bear arms… Nothing.

“Nothing is promised – even when we promise it?  ‘There is no statute we make, that we cannot undo in a moment later,’ Rep. Nekritz said to me one day in her office… [M]ost dictionaries and reference texts indicate that the use of the relative pronoun ‘of which’ indicates an emphasis upon the preceding noun – in this case, benefits. Thus, more than simply public pensions, ‘of which’ indicates the enforceability of the benefits themselves…”