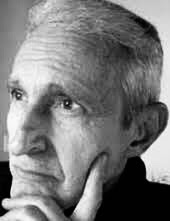 My Wife Sends Us to Adoption Class by Richard Zabransky

He anchors it, bare-headed,
Hair dense as steel. There must be forty
Front-facing men in the photograph--
In three rows,

Bottom on one knee, elbows cocked.
Top balanced on an invisible scaffold.
He is dead center. Behind them, a brick wall
With a Hopperesque window, dead left,

Perhaps the supply building
Where meetings are also held.
One man’s hand clutches a snotty handkerchief,
Or it might be the corner of the flag.

One in a Brooklyn Dodgers cap,
All wide-eyed, some with jutting chins.
The foreground is a parched prairie
Beneath a sky with the promise of storms.

Something brought them together,
Some indignity. A plate of spaghetti
Their lure, a shared Lucky.
A story for the wife or girlfriend.

Bragging rights count.
They are as real as a goose neck,
A drain fitting, or the hot iron
That makes the solder run quicksilver

Along the joint of copper pipe--
A sort of wedlock,
Taken for granted, yet a trust endowed
To children, the grandmother,

The embarrassing Red uncle,
Or the wayfaring aunt.
The infrastructure of life
Should last.

But as I said, he is dead center,
And like Ahab’s crew,
The others lean away from him,
Giving him room to spiralize.

I have a suspicion he has as much
To do with the photograph
As shutter or film or tripod.
Perhaps more. 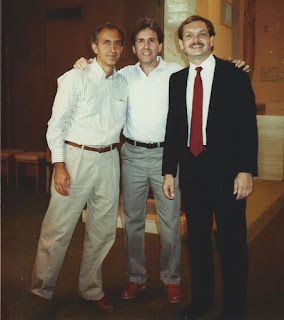 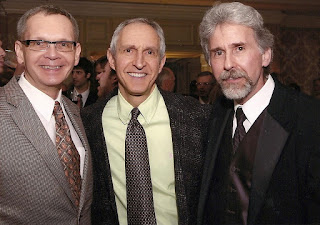 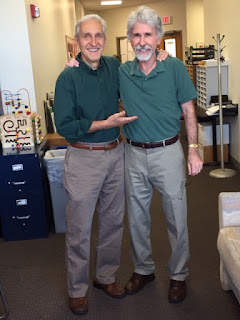 2016 Teaching at Benedictine University
Posted by gbrown at 7:31 AM

Email ThisBlogThis!Share to TwitterShare to FacebookShare to Pinterest
Labels: miss you