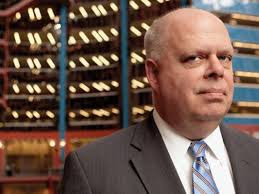 “…Emails to TRS staff informed them that their boss, Richard Ingram, has been forced out as Executive Director of the Illinois Retirement System. Apparently, the board appointed Stan Rupnick as interim Executive Director without benefit of a public meeting.
“Rumors have been circulating all week, according to people I called, that Ingram has resisted efforts by those associated with Governor Pritzker to pick favored investment managers. I am told Ingram wrote out his resignation letter under pressure last week, but the board deferred acting on it until today. I am also told Ingram was offered a deal where if he left he would be fully vested in spite of actually being short of accumulated earned pension time on the job.
“Is it true about Pritzker pressure? Too soon to tell. I reported this morning that Illinois Teacher Retirement System Executive Director had been forced to resign by the TRS board of directors. I also speculated that Governor Pritzker was behind the ouster. I have heard different reasons. I assume it will all come out in the wash.”
Fred Klonsky’s Blog, August 4:
“Former retiree representative on the TRS board, Bob Lyons, comments on the events:
“Fred called me this morning that Dick Ingram had resigned.  And I sent the following out to my unit board: More significantly the word in Springfield was that our Executive Director was ‘forced’ to resign, and that the pressure came from the Pritzker appointed members of the board.  I talked to Dick Strand at the start of last week and also to our state president, John Flaherty, and they both said the appointed board members wanted to bring certain investment opportunities to the board and that Dick and our CIO, Stan Rupnik, were uninterested.

“I was on the committee that selected Dick Ingram almost ten years ago.  We offered him the job in December, 2010 and we told him that he could sign the contract in time to be a Tier One employee.  He said, ‘No, I will sign it on January 1, which will make me the very first Tier Two in Illinois.’ I told him, ‘No one was going to put up a statue for your sacrifice’ and they haven’t.  It takes ten years to be vested for your pension under Tier Two, but I talked to David Urbanek and he said that he thought that Dick had ‘bought some time’ and that he was vested.

“I have calls out to a couple of board members to see what I can learn and also to remind them of the ‘bad old days of Stuart Levine and Rod Blagojevich.’  Stan Rupnik is the acting director. Fred Klonsky has the story out and said that Rupnik was made director without a board meeting, but it is actually we made it part of Stan’s contract that he would automatically become acting director if Dick would leave. There are no secrets in Springfield, so I am sure the store will be out in a short time.

“Well, I called Larry Pfeiffer, one of the two trustee annuitants on the TRS Board, and he shared with me first that there had been a three-hour executive meeting during the board meeting. He said at the end of that meeting the TRS Board voted to put Director Ingram on ‘administrative leave.’  I asked if he could share with me the issue, he said no that it was covered by the law and board policy that nothing can be disclosed. Then I asked him about disagreement on investment policy.  He said there was a division with some board members advocating index funds.  I personally cannot see that as an issue in Ingram being put on leave. Dick turned in his resignation today and somehow or another he was vested though he is six months short of year on the job.”

“But those of us who remember the bad old days of Stuart Levine and Blagojevich know what is possible.” https://preaprez.wordpress.com/

“An investigation by led by former U.S. Attorney Zachary Fardon has led to the ouster of the head of the state’s largest government pension plan. The huge Illinois Teachers' Retirement System confirmed this afternoon that Executive Director Richard Ingram resigned after the board received results of a review into 'performance-based issues' from Chicago law firm King & Spalding, where Fardon is now a partner in the firm's government investigations practice.
“TRS spokesman Dave Urbanek said the probe was headed by Fardon and results were presented to the board late last week. TRS earlier today had announced that Ingram resigned on Aug. 3, three days after the TRS board placed him on administrative leave ‘due to performance issues covered by his employment contact.’
“Urbanek said he did not know whether the investigation presentation was oral or written, or whether it has been completed. And he said he is not authorized to say whether the review involved any possible financial impropriety or alleged failures of leadership. Ingram has not been available for comment.
“A TRS statement said the vote to place Ingram on leave was unanimous, and TRS Chief Investment Officer Stan Rupnik will take over as interim executive director. TRS covers pensions for 124,000 working and retired public grade and high school teachers in Illinois, including all districts except Chicago Public Schools.
“According to the agency’s last annual financial report, it concluded fiscal 2019 on June 30, 2019, with $53.3 billion in assets but $134.4 billion liabilities, leaving it with a funded ratio of just 40.6 percent. In a preface to the report, Ingram openly discussed the possibility that TRS could go ‘insolvent,’ a development he blamed on consistent underfunding by state government. The same report, however, disclosed TRS’ return on assets in fiscal 2019 plummeted from $4 billion to $2.6 billion.
“Gov. J.B. Pritzker's office has not commented, but sources familiar with TRS [state] there were disputes over investment philosophy and how low to set the fund’s assumed rate of return. Setting that figure lower would force the state to contribute more each year now, something that would pull money from other, arguably more politically popular funding programs. Pritzker has appointed a majority of TRS’ current 15-member board.”

A Statement from the ITRS Board of trustees, August 6:

“On July 31, the ITRS Board unanimously voted to place Executive Director Richard Ingram on administrative leave due to performance issues covered by his employment contract. On August 3, Mr. Ingram resigned from his position, effective immediately.
“Stan Rupnik, chief investment officer of ITRS, has been named interim executive director to manage the day-to-day affairs of ITRS. The Board will conduct a thoughtful, thorough and vigorous national search process for a new executive director, consistent with the best interests of ITRS and its important constituents.”