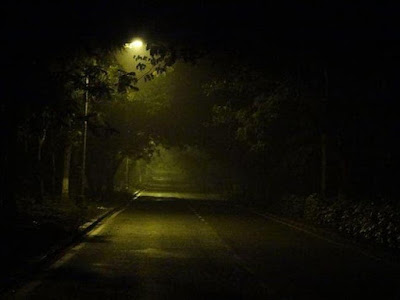 “Murder, beheadings, mad monks, and communion with the deceased. While this may sound like a Satanist's calendar appointments, it's actually just some of what lurks on the most haunted road in America. Originally an old Native American trail, Chicago's Archer Avenue is considered one of the most powerful spirit lines on the planet.

“A stretch of Archer Avenue is saturated in paranormal occurrences that have terrified many and spawned tales passed among Chicago residents for decades. Tales that include vanishing hitchhikers, black magic rituals, and blood-drenched ghouls. Some attribute the intense energy connected to the street with surrounding bodies of water, some with magnetic lines in the earth, some with Native American remains found along the route.

“Regardless of what lures such darkness to the area, time has proven the creepiest stories from Archer Avenue endure. The real question is whether this haunted trail will continue to produce further horrors.

“The most famous ghost in Chicago is Resurrection Mary. This ethereal specter has haunted the strip of Archer Avenue between Resurrection Cemetery and the Willowbrook Ballroom - formerly the O'Henry Ballroom - since the 1930s. No one is quite sure of the young lady's identity but a widely accepted origin story conjectures that Mary, after dancing the night away, left the ballroom in a huff after a fight with her date. Tired and angry, Mary may have been struck by a vehicle while walking down the pitch-black, wooded stretch of Archer Avenue. What makes Mary unique from other hitchhiker tales is that witnesses claim when offered a ride, she accepts and then directs drivers up Archer Avenue only to disappear when the car reaches Resurrection Cemetery.

“Mary appears as a young, pale, blond woman dressed in a white party dress and further witnesses claim to have seen Mary roaming around Resurrection Cemetery at night. On August 10, 1976, a passerby noticed a girl grasping the bars of the cemetery and, fearing she was locked in, alerted the Justice police. When the police arrived, they combed the cemetery but found no one. They did, however, find that the rails of the fence bent at sharp angles with two blackened scorch marks indicating where they had been pulled apart. The marks were in the shape of hand prints and appeared to have the texture of human skin. 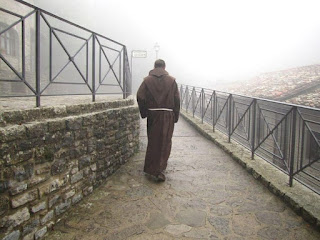 “Monk's Castle acquired its local moniker after numerous sightings of phantom monks in the woods dressed in brown robes, carrying lanterns, and chanting in Latin. The site is actually named St. James of the Sag Church and it is most notorious for rumors that a group of rambunctious teens were once caught there by evil monks who tormented them in hideous ways. These monks supposedly haunt the church and its cemetery. Legend has it they will go after teenage trespassers.

“Along Archer Avenue, in the Bridgeport section of Chicago, lies the infamous Kaiser Hall. Back in its heyday, Kaiser Hall was a popular ballroom that not only catered to the immigrants of the neighborhood but supposedly to the devil himself. According to legend, a young woman was swept off of her feet by a handsome, dashing man at one of the hall's dances. After hours of dancing with the young man, the woman happened to look down at her partner's feet and screamed at what she saw. Men in the vicinity assumed the man had made an unwelcome advance on the woman and chased him up to the second floor of the Kaiser. Once cornered, the man jumped out of a second-story window, landed with ease on the ground, and walked away. The stranger got away, but in the cement where he landed was the imprint of cloven hooves. 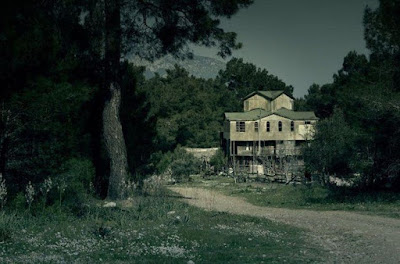 “Right across from Resurrection Mary's infamous ballroom, O'Henry's, is a restaurant said to have been one of Al Capone's speakeasies during his reign. Known as O'Henry's Roadhouse, it served as an alcohol-fueled gambling den and brothel with a basement used for interrogations and the slaughter of Capone's enemies. The walls contained hidden compartments to hide gangsters, and there were underground tunnels for escape routes.

“While the building itself showcases shadowy specters and strange noises, the most jarring manifestation reported is the pulverized face of a sex worker that is sometimes seen in a bathroom mirror. This same woman once appeared in front of the building's owner and informed him of how much she appreciated the renovations that were taking place. Sightings surrounding the establishment include men fleeing through the woods, corpses being carried off, and the sounds of gunshots and screams. Some visitors claim to feel as though they are being intently watched by something just beyond the trees.

“One of Archer Avenue's most infamous stories is that of a phantom, driverless, horse-drawn, hearse that tears up and down the road and through the cemetery. Built of black oak and glass, horrified witnesses have seen the coffin of a child inside the hearse. The origins of the crazed courier are hotly contested. Some believe it is either the hearse that Resurrection Mary's parents used to transport her coffin or a carriage described in an 1897 sighting reported to have occurred at St. James of the Sag. Wherever it hails from or why it haunts Archer Avenue, the hearse is the most energetic of spirits seen on the road, pulled with fervor by its devil-spooked horses. 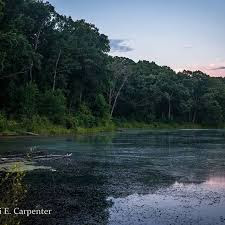 “Maple Lake is located in what is considered the ‘Archer Avenue Triangle,’ a section around the main thoroughfare that bursts with excess paranormal energy. The area has been frequented by cults, been the site of black magic rituals, and a teenage girl's body was once discovered there. However, the lake's main claim to fame is the bright red ghost light that moves slowly along the edge of the northern shore.

“The source of this orb has no definitive explanation, but stories abound as to its possible origin. Some claim it is the lantern of an early settler slain by Native Americans who now searches the shoreline for his lost head. Others claim the opposite: It's the ghost of a beheaded Native American also looking for his head. Due to the prevalent crime in the area in the 1920's, some believe it's the specter of one of Al Capone's victims.

“Red Gate Woods is a forest preserve along Archer Avenue that served as home to the world's first nuclear reactor burial site back in the years of the Manhattan Project. About a half a mile away from the project site is an area known for equally dark reasons. For years many have claimed that these woods play host to a Satanic cult that performs dark rites and chases off anyone who dares approach their ritual clearing.

“Hikers tell tales of finding strange red symbols painted on trees and an altar of logs and stone. Chicago forest preserves that are close to cemeteries have often been thought to be a lure for demonic cults and local radio shows have sent willing participants into the woods on Halloween night to antagonize Satan worshipers. Common advice passed on to those who may stumble across a demonic ceremony in the Red Gate Woods was, if pursued, to run in a zigzag pattern to avoid the pits cultists dug near trails in order to trap trespassers.

“Bethania Cemetery, a predominantly German burial ground in the Chicago suburbs, is plagued by two distinct specters. During the autumn months, late at night, motorists have spotted an elderly man in a red flannel shirt walking the grounds. He appears with rake in hand burning a large pile of leaves near a maintenance entrance. Although he wears a friendly smile, passersby can't help but slow down to gawk at anyone doing yard work between 2 and 4 a.m. Upon closer inspection, the man always disappears.

“Another of Archer Avenue's most ghoulish phantoms frequents this cemetery. A man completely covered in blood has been witnessed leaping onto the roadway while frantically waving a flashlight as though flagging down help. Cars that stop to assist report the man returns back down the embankment towards the cemetery fence before vanishing. One driver said he was driven off the road by the blood-soaked ghost when blinded by his flashlight.

“The eeriness of Fairmount-Willow Hills Memorial Park comes not only from the rumors of spirits roaming among the tombs but also from the oppressive clock tower situated on a hill near the entrance. Shadowy figures are seen sloping across the park's hills one of which may be the ghost of a woman who was found slain on the cemetery grounds.

“A phantom face has also been seen peering from behind a window in the clock tower. More infamous is the bizarre harpsichord music heard bleating out of the park's White mausoleum. Most often heard at dusk, the music is especially baffling considering the interior of the White mausoleum is completely filled in with concrete. 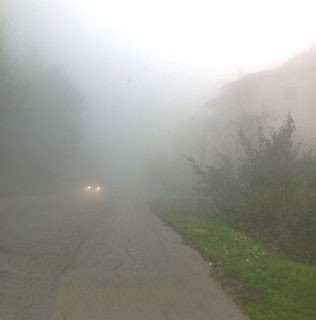 “The Why Not Drive-In isn't remembered most for its decades of serving up fast food and post-war era hospitality but rather for dishing out a heaping side of amour fatal. On foggy nights, a ghost named Debbie is said to park her 1965 Ford Fairlane in the lot of this greasy spoon. She waits for an interested young man to pull up next to her and tells him if he will follow her, she will escort him out on the town that evening.

“The unsuspecting gentleman is led on a dangerous chase through thick fog, trying in vain to keep up with red taillights that are always just beyond reach. To date, it is unknown if anyone has ever caught up with Debbie or what that may have cost them” (Archer Avenue Is Allegedly the Most Haunted Stretch of Road in America by Sabrina Ithal).