The United States Postal Service Is Warning Us 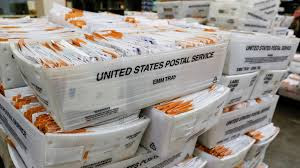