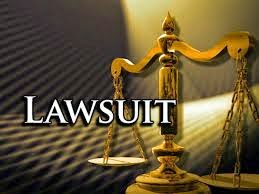 James Madison was prescient when he wrote 226 years ago that “laws impairing the obligation of contracts are contrary to the first principles of the social compact and to every principle of sound legislation… One legislative interference is but the first link of a long chain of repetitions” (qtd. in Fliter and Hoff 20-21).

Undoubtedly, this has been the case in Illinois for several decades and, as most of us know, there are more than a dozen antedated court cases that confirm legislative attempts to subvert both the Illinois and U.S. Constitutions. Of course, the most recent challenge to a constitutional contract is Senate Bill 1, although 80 Illinois legislators did not vote to break a constitutional contract with public employees and retirees.

As some of us are also aware, nearly all of Attorney General Lisa Madigan’s 180 answers and defenses to the claims currently defending the State and U.S. Constitutions are simple rejoinders and appear ironically akin to Bartleby’s existential “I prefer not to” denials. Madigan’s tautological ripostes are merely “Defendants deny the allegations” or “Defendants lack knowledge sufficient to form a belief regarding the remaining allegations” for 54 of the 66 pages.

Madigan maintains that “In light of the magnitude of the pension problem and all of the other efforts the State has made to date [which apparently does not include an effort to re-amortize the flawed 1995 “Pension Ramp” to pay the debt service legislators have incurred; reform the state’s defective revenue structure; ensure corporations pay their fair share of taxes; reduce wasteful spending; and eliminate tax giveaways for the wealthy elite, corporate CEOs, and millionaire shareholders of Motorola, Navistar, Mitsubishi, and Sears, to name just a few…, according to Madigan] the Act represents a valid exercise of the State’s reserved sovereign powers to modify contractual rights and obligations, including contractual obligations of the State established under Article 1, Section 16 and Article XII [sic], Section 5 of the Illinois Constitution” (Answer and Defenses).

In other words, the State of Illinois is declaring a financial emergency and; thus, the State’s preferred scapegoats—its vulnerable public employees and retirees—must acquiesce to a coerced, diminished and impaired retirement contract to solve the state's fiscal problems. This is assumed to be a “relief afforded by the 'Act' [and] commensurate with the [so-called declared] emergency,” though it is without “a rational compromise between individual rights and public welfare” (Fliter and Hoff 134-35).

Illinois legislators are not dealing with a threat to the “public’s safety, health, and morals as well as peace, well-being and order of the state”; (98) nor are they dealing with an economic emergency of such magnitude that they are compelled to invoke powers to protect the state's citizens and, thus, serve a reasonable public purpose or need.

However, hundreds of thousands of citizens of Illinois are dealing with a calculated legislative thievery and, despite Madigan’s “answers and defenses” regarding the recent injunction, these public employees and retirees are dealing with a violation to the Pension and Contract Clauses, the taking of property without due process of law and a violation of the Fourteenth Amendment and the equal protection of the laws.

There is a history of court cases that have prohibited state legislatures from repealing laws that establish contractual obligations in this nation. Historically, it is in the interests of the “public good,” to protect property rights and respect the Contract Clause, no matter what some politicians conveniently presume otherwise. (There are seven states that have their legal basis for protection of public pension rights under state laws in their state constitution: Illinois, New York, Alaska, Arizona, Hawaii, Louisiana and Michigan. There are 34 states that have their legal basis solely through contract, six states through property, two states through gratuity, and one state through promissory estoppel).

What Illinois citizens can accurately predict about future contracts with state legislators who believe they have the “power to interfere with the obligations of contracts [that are] specifically denied to the states [in Article 1, Section 10 of the U.S. Constitution]” (154) is that if Illinois legislators “can declare an emergency to exist and abrogate one provision of [both State and U.S. Constitutions]…, ‘this decision serves notice upon [every citizen of Illinois], who heretofore had trusted in the constitutions for protection and believed in the sanctity of a contract, that the constitutions are no longer a guarantee nor security against the abrogation of a proper and legal contract’” (qtd. in Fliter and Hoff 154).

“It is difficult for [laypersons] to understand how even 'rational' interference can be assumed to be among the reserved powers of the Tenth Amendment [of the U.S. Constitution]” (154); it is also difficult to comprehend that Illinois legislators can continue to choose which contracts to honor and which ones to violate now and in the future.

Eighty years ago, Supreme Court Justice George Sutherland stated: “The framers wrote the Contract Clause for the very reason that they feared emergencies unwisely tempt legislatures to loosen contract rights… [The] meaning of constitutional provisions [at both state and federal levels] is changeless; it is only their application which is extensible… [W]hatever tends to postpone or retard the enforcement of a contract, to that extent weakens the obligation” (141).

Indeed, it has been said that a state’s “sovereign powers” refer to a general authority of a government to regulate for health, safety, morals, and welfare of its citizens. Nevertheless, past precedents show that “state legislatures exercise police power by passing laws in such areas as crime, land use, infrastructure, lotteries, discrimination, licensing of professionals, nuisances, schools, and sanitation… State and local governments… can use police power to enact laws promoting the general welfare only if the laws do not violate provisions in the U.S. Constitution, including the Contract Clause” (33).

The Illinois General Assembly does not possess "reserved sovereign powers" to diminish a constitutionally-protected pension. The state's chronic underfunding of its public pension systems for decades cannot warrant the impairment or diminishment of public employees' pension benefits and rights.

Nearly two hundred years ago, Chief Justice Marshall stated unequivocally: "The power of changing the relative situation of debtor and creditor, of interfering with contracts, a power which comes home to every man, touches the interest of all, and controls the conduct of every individual in those things which he supposes to be proper for his own exclusive management, had been used to such an excess by the state legislatures, as to break in upon the ordinary intercourse of society, and destroy all confidence between man and man.

“This mischief had become so great, so alarming, as not only to impair commercial intercourse and threaten the existence of credit, but to sap the morals of the people and destroy the sanctity of private faith. To guard against the continuance of the evil was an object of deep interest with all the truly wise, as well as the virtuous, of this great community, and was one of the important benefits expected from a reform of the government” (31).

Fliter, John A. and Derek S. Hoff. Fighting Foreclosure: The Blaisdell Case, the Contract Clause, and the Great Depression. Kansas: the University Press of Kansas, 2012.