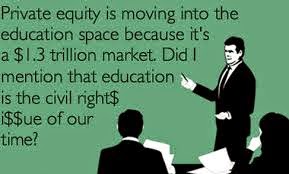 ISBE is requesting to enter into a contract with NCS, Pearson, Inc. for the term of upon execution through June 30, 2018 with no renewals.

The estimated cost for the initial year (upon execution through June 30, 2015) is $34,104,400. Fiscal Years 16, 17, and 18 are estimated to be a maximum of $42,133,186 making the estimated four-year contract maximum $160,503,958.
The annual cost is based on a fixed unit price, which is distributed through monthly payments and reconciled annually. The unit pricing is dependent upon the testing modality, the grade level of students and the overall number of students states commit to test across the consortium, which is recalculated on an annual basis. The consortium is in the low volume pricing tier for the 2014-2015 school year. The base pricing chart is reflected below:
Table A – PARCC Student Testing Volume Tiers for an Annual Assessment Period

Due to the fact that the annual costs are dependent on the overall consortium student counts, individual state counts and the proportion of computer based testers vs. paper based testers, it is difficult to predict the annual cost for FY16, FY17, and FY18. Provided that state student counts stay consistent and that ISBE is able to transition toward a larger percent of students testing online over the next several fiscal years, it would be reasonable to expect similar costs or even slightly reduced costs at each tested grade level in FY16, FY17, and FY18. However, the overall costs would increase in any given year if additional end-of-course tests for ELA or math were to be added at the high school. The current FY15 costs anticipate making two math and two ELA end-of-course assessments available at high school pending appropriation.


The financial background of this contract is illustrated in the table below:

For more about the Pearson Corporation (or Race to the Money), Click Here.