Lisa Madigan: We Are One is Responsible for Illinois Fiscal Mess! By John Dillon 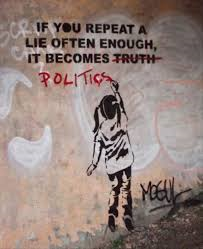 “…Attorney General Lisa Madigan in her ‘Police Powers’ rebuttal to Judge Belz of Sangamon County, also fingers the victim in the first few opening pages of the refutation, blaming the We Are One Coalition for leading the legislators on and intentionally charming them into additional fiscal misfortunes.

“Indeed, Madigan’s office responds, ‘(we) allege that the labor organizations comprising the We Are One Illinois Coalition, aware that the state had limited revenues each year, repeatedly urged state legislators to allocate greater appropriations for state employee salaries and salary increases at the expense of contributions to the state-funded retirement systems, knowing that a result of this would be both an immediate reduction in the assets in those retirement systems and long-term increases in their liabilities.’

“…Lisa Madigan’s opinions do not end with just placing blame for fiscal irresponsibility on the We Are One Coalition.  Actually, the Attorney General is also so bold as to suggest that We Are One’s promotion of SB2404 is an indication of the collective unions’ own culpability and acknowledgement of responsibility in the state’s fiscal morass.  In her rebuttal to Justice Belz, she asserts that the We Are One Coalition tries to deny an earlier affirmation of complicity.

“‘Defendants allege that We Are One Coalition and the unions comprising it publicly declared that a reasonable component of a valid solution to the State’s enormous pension liabilities and related financial crisis was a 2% increase in contributions by active members of state-funded retirement systems, but have now insisted that all of the sacrifice necessary to solve this crisis must be borne by the State’s taxpayers and recipients of other state services and benefits.’

“This last argument is laughable if it were not representative of the moral and ethical vacuity, the complete disregard of historical truth, and disturbing conduct beneath the office of an Attorney General.

“In the end of her ‘Affirmative Matter’ or call for Reserved Sovereign Powers in defending PA98-599 as legally acceptable before the court, Attorney General Madigan declares the Act’s ‘presumption of constitutionality includes the reasonableness and necessity for its provisions in light of circumstances faced by the State and the General Assembly when it was enacted.’

“Reasonableness and Necessity? There is no mention of the usual and accepted tenets of the use of ‘Sovereign Powers’: public health, morals, safety, the general well-being of the State.  This is Police Power at its most raw and least altruistic – the identification of a class or group of individuals who have suffered through the political misappropriation and diversion of what was contractually owed them and now would be punished for being victims to begin with.”

For the complete article: Lisa Madigan: We Are One is Responsible for Illinois Fiscal Mess!