Drawing Attention to the Working Conditions of College Adjunct Faculty Members: A List of Pay and Benefits across the Country 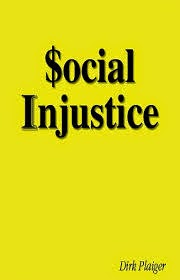 “Adjunct professors don’t have tenure, and they often don’t have the benefits, salary, prestige or training of full time professors. But adjuncts now make up more than half of all college faculty across the country. Their pay is often pitiful. As one recent blog put it: ‘Your kid’s college professor might be on Medicaid.’

“Now some adjunct are wondering, should they organize. Joshua Boldt is a freshman composition instructor at the University of Georgia and he was recently inspired to create a public Google document, where adjunct professors can list their pay and benefits. He was only expecting several dozen responses, but he got more than 1,500.

“He says his goal is to shine a spotlight on the working conditions of adjunct faculty, and he hopes that universities will reallocate some of their funding to pay adjuncts better. ‘I Was Barely Able To Feed Myself.’


“Joshua Boldt told Here & Now‘s Robin Young that his impetus to speak out started when he first became an adjunct at Eastern Kentucky University. ‘I really enjoyed what I was doing but there was no way I could make a living… I was barely able to feed myself let alone chip away at any of the debt that I had,’ he said.

“Boldt has since left that job for another adjunct position as a freshman composition instructor at the University of Georgia, where he says he has much better pay and is treated better by the department…”


The Adjunct Project: View or Add to Joshua Boldt’s Adjunct Spreadsheet
This article is from Here and Now.

For other articles about this social injustice, click on the “college adjuncts” tab under the masthead or “Taxonomies” in the right column of this blog.