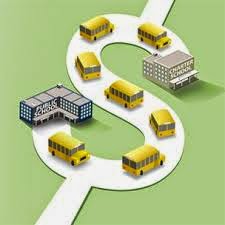 “…This whole ‘new reform’ movement in education is being fueled (the $$$$) by ordinary greed. Or second-hand greed—seeing a chance to destroy the political power of an already waning labor movement by undermining the two teacher unions. This is being done by fooling folks who mistakenly saw their own longtime critique of the public bureaucracy in the ‘radical’ sounding idea [called] charter schools.

“Afraid of being part of the ‘status quo’ some genuine school-based reformers thus provided cover for a shift in power quite the opposite of what they had in mind. Most of those genuine school and educational people, including of course Ravitch, have been abandoning that ship and returning to their roots.


“Having failed time after time with vouchers—direct public funding of private schools, the new reformers saw a way around it. Their instincts also suggested that history favors reforms that make repeal difficult, almost impossible. So the motto is: move fast and thoroughly.


“Reading back about the fall of the Soviet Union, the big question was what would happen to all the state-owned enterprises. It seemed a tough puzzle. But before one could seriously think it through they were all sold off—to friends and allies with money. Deed done.


“While I write this the same thing is happening to our public schools. This was not the plan in Minnesota which began the charter movement with the best of intentions, Nor the idea of dear friends like Ted Sizer who started a great little school as a charter. Or even of Al Shanker who once proposed something he labeled charters—small schools under the initiative of a group of teachers who wanted to try out some of their very different ideas, entirely under the aegis of the public system. The ideas of those reformers when they used the term charters was much like what was done in District 4 in New York City in the 70s and 80s, and in Pilot Schools in Boston in the 90s where I started several small schools.


“However, the idea of Charter Schools opened the eyes and ears of folks with quite different intentions. They saw that there was money to be made right and left and center. Buildings were ‘sold off’ for nothing or nearly nothing. Public funds were used to start schools whose principals and leaders were paid a half million and more. Publishing companies and private tech companies saw $$$$$ everywhere.


“By the time we wake up to what is happening we will no longer have a public education system in reality. Some charters will be legit—truly serving public purposes with public money and boards made up of educators, community members, etc. But most will be in the hands of folks with no other connection to the schools they ‘serve!’ Meanwhile… that their revolutionary ideas will have demonstrated no significant improvement in the situation facing America’s poor children in terms of test scores is just fine with them.


“They did this with language resonating with the valiant words of ‘borrowed’ from the civil rights movement. Except they seemed to have left out terms like ‘equal funding’ or ‘integration.’ They did it despite the cost in jobs to teachers of color, as the lowest performing schools were closed (where teachers of color tend to work), despite the cost to public unions which Martin Luther King Jr. died defending. And on and on. They did this by adopting noble words (mea culpa) like choice and autonomy and self-governance and small scale and on and on. They did this by playing with data to confuse our judgment.


“Shame on us for being duped.


“Yet, I still believe–how can I not?—that some, if not many, of those who have gone along meant well, and were not influenced in any way by their moneyed interests. Sure, it’s easier to believe what seems compatible with one’s other interests. I’ve done that. And then there are many others who have simply been naive, confused or not paying close attention.


“Enough. We must fight back quickly before they’ve bought out the whole shebang. Some resources and organizations helping in this fight:


The Network for Public Education, The Forum for Education and Democracy, Save Our Schools.”

Deborah Meier is a senior scholar at NYU’s Steinhardt School, and Board member of the Coalition of Essential Schools, FairTest, SOS and Dissent and The Nation magazines.  She spent 45 years working in K-12th grade public schools in New York City (East Harlem) and Boston (Roxbury) including leadership of several highly successful small democratically-run public urban schools–the Central Park East schools and Mission Hill. Her books include The Power of Their Ideas and In Schools We Trust.   In 1987 she was the first educator to receive a McArthur “genius” Award and currently blogs for Ed Week with different education thinkers on the big issues affecting students, teachers, and schools (Bridging Differences).