A Response to Crain’s Forum on Public Pensions: “For more than a century, Illinois politicians have kicked the can” 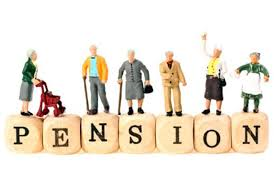 We are tired of the ill-advised forums, half-baked letters and biased editorials regarding so-called pension reform, and we are tired of the media’s omission of the most significant facts about public pension debt and anyone who talks or writes about “amending the Pension Protection Clause,” “restructuring pension debt in Bankruptcy,” or spending money on pensions overtakes spending on children’s education, public safety and human services because of failed pension reform.
Most Illinois politicians and businesses like Crain’s do not care whether teachers and other public employees have contributed responsibly to their pension funds or that teachers will receive [little to] no Social Security when they retire. They do not care whether retired teachers’ and other public employees’ defined-benefit pension plans are a fundamental source of economic stimulus to communities in Illinois and the only retirement income for hundreds of thousands of people.
They do not care that the State of Illinois has not consistently paid its full constitutional and obligatory contributions to the public pension systems throughout the decades; thus, the unfunded liability (the debt service owed) has increased to approximately 80% of the pension payments needed today. Furthermore, the money that should have gone to the public pensions was diverted to other operating expenses and special interests’ groups.

An even more blatant irresponsibility is that the State of Illinois saved billions of dollars, for instance, by not paying what actuaries have calculated the Teachers’ Retirement System should have received throughout the years: money that was earmarked as deferred-earned income for teachers in Illinois. This continuous theft and deceit enabled the State of Illinois to provide services for its citizenry without raising taxes.
It is obvious Illinois politicians do not possess the resolve to take on an inadequate fiscal system that fails to generate enough revenue growth to properly maintain state services and pay state expenditures for health and social services, education, government, transportation, capital outlays, public protection and justice; nor do they possess the resolve to take on a re-amortization of the unfunded liability.
Be that as it may, what should Illinois politicians do? 1) Stop favoring corporate interests rather than the interests of the citizenry. 2) Transform the state’s failing revenue system and unfunded pension liability. 3) Defend the Illinois and U.S. Constitutions. 4) Tell the truth.
-Glen Brown