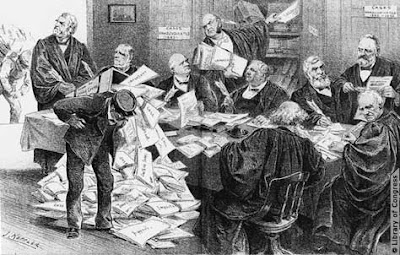 “…Within the next 18 days, Solicitor General Carol Shapiro, acting as the agent of Attorney General Lisa Madigan, may file a request for a Writ of Certiorari with the United States Supreme Court.  Emphasis on the verb ‘may.’

“In the media and newspapers, you will hear or read the term informally called a cert petition, but it is essentially a serious request by the losing party of a suit asking that the Supreme Court review the decision of the lower court.  The Solicitor General of Illinois has requested and received an extension from Justice Elena Kagan of the Supreme Court to allow until September 10th to file for a writ of certiorari asking the nine justices for a review of the unanimous decision of the Illinois seven justices in their decision of May 8th…

“The petition for Writ of Certiorari will contain a list of all the parties, a statement of the facts of the case, the legal questions presented for review, and arguments as to why the Court should grant the writ. Ms. Shapiro’s earlier request to allow for more time before filing included a brief explanation of the state’s earlier case of ‘sovereign powers,’ an argument for the need for more time, and the 38-page decision of Illinois Justice Karmeier as Exhibit A.

“Even if a formal request is filed in the next 18 days, the U.S. Supreme Court can refuse to consider the case.  In fact, the Court receives thousands of ‘Cert Petitions’ per year, and denies all but about one hundred.  If the Court accepts the case, it grants a Writ of Certiorari.  That means the U.S. Supreme Court agrees to hear – or review – the decision of a lower court; in this case, the Illinois Supreme Court. 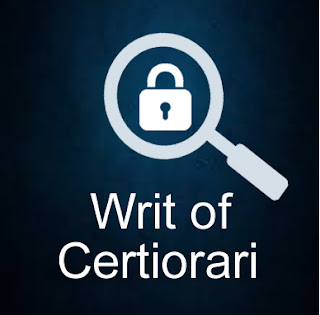 “Think of ‘certiorari’ as the legal term for the phrase ‘being certain.’  In other words, the higher court can make itself acquainted with the facts, the documents, and the arguments in a lower case ruling.  If the court has become sufficiently acquainted and agreeable, the court can call for argument or render a decision to overrule the earlier decision or possibly hold with it…

“In her letter requesting a stay until September 10th (for time to accomplish a possible request for a writ of certiorari), S.G. Shapiro included two earlier cases, which bolstered her argument for the stay: United States v. Winstar and, more importantly, United States Trust Company of New York v. New Jersey.  In both cases, arguments of state’s sovereignty are presented; in the former, a case for a certiorari review, and in the latter, the more important argument…”