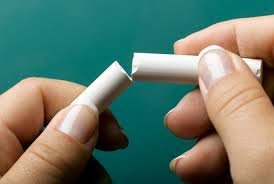 “Like much else in the national education debate, panics about teacher shortages seem to be a perennial event… ‘It’s a sad, alarming state of affairs, and it proves that for all our lip service about improving the education of America’s children, we’ve failed to make teaching the draw that it should be, the honor that it must be,’ mused Times columnist Frank Bruni…

“A recent survey by the American Federation of Teachers and the Badass Teachers Association cited by Bruni sheds some light on the state of teacher autonomy and job satisfaction. Only 15% of teachers in the survey strongly agreed with the statement ‘I am enthusiastic about my profession at this point in my career,’ although 89% strongly agreed with such feelings at the start of their career. Seventy-three percent said they were ‘often stressed,’ citing ‘mandated curriculum, large class sizes and standardized testing’ as their top everyday stressors in the classroom; 71% said adoption of new initiatives without proper training or professional development were major sources of workplace stress. Among the 30% of teachers who claimed to have felt bullied in the last year, 58% of these identify an administrator or supervisor as the culprit…

“One of corporate school reform’s many ironies is that its ideological justifications often yield their opposite. In the name of ‘raising standards’ and holding educators accountable, teachers lose their professional autonomy and face an ever-increasing stream of new mandates. This leads to higher turnover. In order to fill the gaps, licensure rules are relaxed and ‘supports’ are provided for an increasingly amateur workforce—through prefabricated curriculum and assessments. And the cycle starts all over again. The demoralization of the American teacher is leading to the deskilling of their profession, which leads to teacher resignations, which leads to more demoralization, ad infinitum.”

From “The Teacher Shortage Is No Accident”—It’s the result of Corporate Education Reform Policies by Kevin Prosen. For the entire article click here.