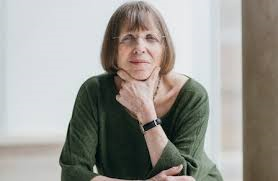 An Early Afterlife
…a wise man in time of peace shall
make the necessary preparations for war.
—Horace

Why don’t we say goodbye right now
in the fallacy of perfect health
before whatever is going to happen
happens. We could perfect our parting,
like those characters in On the Beach
who said farewell in the shadow
of the bomb as we sat watching,
young and holding hands at the movies.
We could use the loving words
we otherwise might not have time to say.
We could hold each other for hours
in a quintessential dress rehearsal.

Then we could just continue
for however many years were left.
The ragged things that are coming next—
arteries closing like rivers, silting over,
or rampant cells stampeding us to the exit—
would be like postscripts to our lives
and wouldn’t matter. And we would bask
in an early afterlife of ordinary days,
impervious to the inclement weather
already in our long-range forecast.
Nothing could touch us. We’d never
have to say goodbye again.


The Death of a Parent

Move to the front
of the line
a voice says, and suddenly
there is nobody
left standing between you
and the world, to take
the first blows
on their shoulders.
This is the place in books
where part one ends, and
part two begins,
and there is no part three.
The slate is wiped
not clean but like a canvas
painted over in white
so that a whole new landscape
must be started,
bits of the old
still showing underneath—
those colors sadness lends
to a certain hour of evening.
Now the line of light
at the horizon
is the hinge between earth
and heaven, only visible
a few moments
as the sun drops
its rusted padlock
into place.

Her poems have been published in various periodicals such as Poetry, The New Yorker, Atlantic Monthly, Paris Review, Georgia Review, Tri-Quarterly, The New Republic, American Poetry Review, Virginia Quarterly Review, Ploughshares, and many others.  Among her many awards and honors include the Ruth Lilly Poetry Prize. She also served as the Poet Laureate of Maryland.