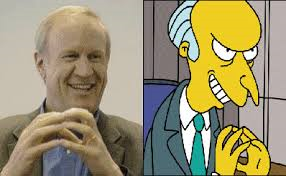 (Reuters) – “Illinois Governor Bruce Rauner laid out on Wednesday [February 4] an ambitious and controversial agenda that includes constitutional fixes for the state's public pension system and budget. In his inaugural state of the state address, the Republican, who holds political office for the first time, also took aim at public labor unions.

“‘It's make-or-break time for the Land of Lincoln,’ Rauner told state lawmakers. Illinois has a chronic structural budget deficit, as well as the lowest credit ratings and the worst-funded pension system among the 50 states. The fiscal crisis is the worst the state has seen for decades, according to budget experts.

“State pension payments are squeezing spending on essential state services and a 2013 law aimed at easing a $105 billion unfunded liability is being challenged in court by unions and others. Rauner's policy agenda calls for 'permanent pension relief' by amending the Illinois Constitution, which prohibits the impairment or diminishment of public worker retirement benefits. The governor also wants to change the constitution to prohibit the carryover of unpaid bills between fiscal years, a practice that has fed Illinois' structural deficit.

“Rauner called for banning political donations by unions representing government workers. He repeated a campaign pledge to create local ‘empowerment zones’ in which workers would have a right to work, even if their employer has a collective bargaining agreement with workers. And he proposed that Illinois give employees of local governments the right to work even in communities where government workers are represented by unions. ‘Local communities, local voters, deserve this option so that they can compete with other states and other nations for new businesses and new investment,’ he said in his speech…

“Roberta Lynch, executive director of American Federation of State, County and Municipal Employees Council 31, the biggest public labor union for state workers, criticized many of Rauner's proposals, including a ban on political contributions by unions. ‘But while seeking to shut working people out of the halls of power, he leaves free access to the scores of corporations that have secured for themselves tax breaks costing Illinois taxpayers some $2 billion annually,’ Lynch said in a statement.

“Despite the fact Illinois is facing big budget shortfalls in its current and upcoming budgets, Rauner called for higher funding for public school districts, particularly in disadvantaged areas of the state, while also expanding public charter schools to give parents choices…

“On the pension front, [Rauner] also repeated a call to protect state workers' accrued retirement benefits, while moving them into a less generous pension program or a 401k-type plan for future work...”

Gov. Bruce Rauner distributed a handout to legislators before his State of the State address yesterday. Click here to read it.

Statement from Cinda Klickna, President of the Illinois Education Association:


"We are glad to hear the governor say he strongly supports education and we look forward to working with his administration on measures that ensure all students in Illinois have access to the quality teachers and public schools that they deserve.

"We hope the governor’s latest statement of support means that he's endorsing the State Board of Education's recommendation for fully funding the General State Aid (GSA) fund. It would be the first time in four years GSA was fully funded and it would be a great start toward getting public education back to where it needs to be.

"But a commitment to improving education goes well beyond funding, and we have been disappointed that Governor Rauner has focused so much of his attention recently on matters that will hurt, not help, students in Illinois.

"The governor is wrong when he says that the problems in our state stem from teachers and other middle class public workers having too much say in how Illinois is run.  The opposite is true. With corporate interests spending unheard of sums in politics, the need for a strong voice for the middle class has never been greater.

"The governor talked today about empowerment and it’s crucial that teachers and education support professionals remain empowered so they can continue to be the primary advocates for students and schools. Our students have to be protected from the corporate interests that are targeting education.

"The people of our state should not be distracted from focusing on what is best for the students of today and tomorrow. What we need are real solutions to the very real problems we face.

"Teachers are the experts on what works in our classrooms. That is why our union will be proposing ideas to help ensure that every student, regardless of their zip code, has the opportunity to attend a great public school.

"We intend to support any of Governor Rauner's good ideas and we hope we can expect similar treatment from the governor. We all want what is best for the students in Illinois and look forward to working with the governor and other leaders from around the state to make that a reality."