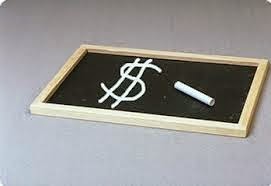 “Overall, SB 1 proposes NO new money, just a shifting of current money. SB 1 would change all of school funding in Illinois by taking away dedicated funding for special education teachers and other professional personnel.

“SB 1 does NOT change the maximum amount of General State Aid (GSA) money that has been in Illinois law since the 2009-2012 school year: $6,119 per pupil. SB 1 would take away special education money and use PART of that money for a block grant and PART of special education money to shift funding from one school district to another.


“Senate Bill 1 is largely an attempt to cover over a failure to fund Illinois schools by taking away direct funding of special education teachers and re-distributing that money in a block grant. The GSA formulas worked very well when Illinois was properly funding schools and still partly work today.

“SB 1 would completely abolish this dedicated funding for special education Personnel Reimbursement, which now provides up to 1/3 of a special education teacher’s salary in a poor district, but less than 1/10 of that salary for some teachers in a wealthy district.

“As Jim Broadway, Illinois School News Service, stated on January 6, ‘The formula no longer works’ because ‘the original formula was crafted to work satisfactorily as long as the state's share of total PK-12 public school funding would be 50% or so, with the local share maybe 40% to 42% and the feds paying the rest. As the state's share has fallen from a peak of about 48.5% in the mid-1970s to less than 30% of the total today, the portion paid by local property owners has ballooned to 60% or more.’

“You cannot cover over the failure of Illinois to fund schools by blaming formulas that work as intended when schools get the funds they need.”