Voting for Patrick Quinn or Bruce Rauner in Illinois: A Lose-Lose Scenario 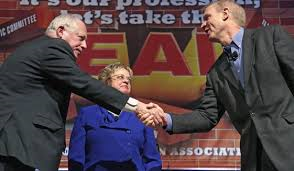 Are we going to continue our connivance with the corrupt political system of Illinois where public employee unions can endorse a governor who does not care about breaking a constitutional contract with retirees and public employees, a governor who will challenge the State Constitution again if he is re-elected (when the pension theft reform bill is not upheld); a governor who indicated he will shift the State’s contributions to our retirement accounts from the State to local school districts with his “No, not right now” blunt retort to a question asked by the IEA President Cinda Klickna at the April 14, 2014 forum?

Moreover, will Quinn stop cutting money for core service areas (health care, education, human services and public safety) if he is re-elected? Will he address the State pensions’ unfunded liability, the faulty pension ramp, and the State’s flawed, unfair tax policy if elected? Will he stop corporate welfare? We all know the answers to these questions.

Should we continue to deceive ourselves in believing Quinn is “the lesser of two evils,” and we have no choice because Rauner is a more repugnant choice (and of course he is, and he is as objectionable as the Quinn/Vallas dual!)? We should know the answers to these two questions.

So why do we continue to perpetuate a dishonest political system that continues to destroy our representative democracy? Why aren’t we fighting against political hypocrisy and depravity in Illinois? Why aren’t we challenging the Democratic/Republican One-Party Money System, this fraudulence that continues to compel public employee unions to donate, and to waste, large sums of union membership’s money in order to compete in the State’s plutocratic circus of corruption? Do you remember the recent Dillard fiasco that cost four million dollars? 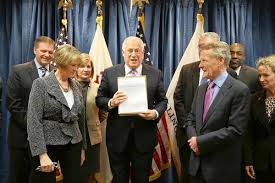 If we vote for Quinn and he is re-elected, he will sign the next pension theft reform bill that will impair and diminish public employees' pensions. He will do this with the same glee and with the acquiescence and mutual assent of our beleaguered union leadership to alter retirees’ and public employees’ contractual rights and benefits (even though there are thousands of non-union retirees! Do you remember SB 2404?).

Furthermore, Madigan and Quinn might shift the State’s contributions to local school districts, thus, neutralizing teachers’ collective bargaining rights (again) because most school districts will not have enough money to pay for anything except teachers’ retirement plans, and cash-strapped districts will not be able to pay retirement contributions at all without raising property taxes. (Don't forget Quinn signed the union-backed Senate Bill 7 which boasted anti-union attacks on collective bargaining, tenure, and teacher evaluation, to name just a few).

If we vote for Rauner and he is re-elected, he will attempt to destroy collective bargaining rights for teachers; he will sign into law a hybrid 401 (k) plan for (new?) teachers (if Madigan and Cullerton approve!); he will promote merit pay for teachers, create more charter schools, and rollback the State income tax…

Moreover, will Rauner modernize the state’s antiquated, unfair tax policy and, thus, address the state’s structural deficit? Will he increase contributions to core services? Does he have a plan to address the State pensions’ unfunded liability and faulty pension ramp?  Of course not. Like Quinn, he has no plans.

When Rauner reiterates his platitude, “We need to make the economy grow in Illinois,” he means more Edge Tax Credits and other lucrative tax breaks and loopholes for businesses, more allocation of taxable income for corporations, and more corporate use of offshore tax havens for himself and his billionaire and millionaire associates...

Here's a metaphor to ponder: 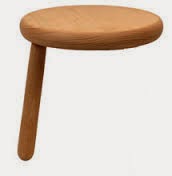 Quinn or Rauner will weaken the stability (or legs) of the Teachers Retirement System. We cannot allow another election between two awful candidates like Quinn and Rauner four years from now. The unions’ leadership, and their membership, must prevent this catastrophe from ever happening again.