"This is a time to get informed, to organize, to strategize, and to mobilize" --Diane Ravitch 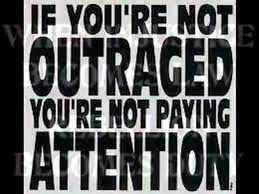 “We are living in an era when the very idea of public education is under attack, as are teachers’ unions and the teaching profession. Let’s be clear: these attacks and the power amassed behind them are unprecedented in American history.

“Sure, there have always been critics of public schools, of teachers, and of unions. But never before has there been a serious and sustained effort to defund public education, to turn public money over to unaccountable private hands, and to weaken and eliminate collective bargaining wherever it still exists. And this effort is not only well-coordinated but funded by billionaires who have grown wealthy in a free market and can’t see any need for regulation or unions or public schools.

“This is no longer the case. Congress is about to pass legislation to expand funding of charter schools, despite the fact that they get no better results than public schools and despite the scandalous misuse of public funds by charter operators in many states.

“The Obama administration strongly supports privatization via charters; one condition of Race to the Top was that states had to increase the number of charters. The administration is no friend of teachers or of teacher unions. Secretary Duncan applauded the lamentable Vergara decision, as he has applauded privatization and evaluating teachers by the test scores of their students. There are never too many tests for this administration.

“Although the President recently talked about the importance of unions, he has done nothing to support them when they are under attack. Former members of his administration are leading the war against teachers and their unions. Think Rahm Emanuel, who apparently wants to be known as the mayor who privatized Chicago and broke the teachers’ union. Or think Robert Gibbs, the former White House press secretary who is now leading the public relations campaign against teachers’ due process rights.

“The National Education Association is meeting now in Denver at its annual conference. The American Federation of Teachers holds its annual convention in Los Angeles in another week or so. Both must take seriously the threat to the survival of public education: not only privatization but austerity and over-testing. These are not different threats. They are connected. Austerity and over-testing set public schools up to fail. They are precursors to privatization. They are intended to make public schools weak and to destroy public confidence in democratically controlled schools.

“What is needed at this hour is a strong, militant response to these attacks on teachers, public schools, and–where they exist–unions.

“For sure, unions have their faults. But they are the only collective voice that teachers have. Now is the time to use that voice. The battle for the future of public education is not over. Supporters of public education must rally and stand together and elect a President in 2016 who supports public schools. This is a time to get informed, to organize, to strategize, and to mobilize.

“If you are not angry, you have not been paying attention.”

from The Contract Clause and the State of Illinois’ “reserved sovereign powers” in Senate Bill 1 (June 12, 2014)

…It is up to us to secure what we have earned by opposing the wealthy influences of the Civic Committee of the Commercial Club of Chicago, the Civic Federation, Illinois Policy Institute and their unethical legislators. We must defend our dignity with stubborn resolve. Our primary task is to enlist every teacher and every other public employee in a unification of wills to protect our “alienable” rights and benefits that we deem fair and equitable because they are earned, incentive payments for our life’s labor. This undertaking perhaps forestalls our pro-active and continual engagement with some of the bankrollers’ marionettes in the Illinois General Assembly.

Indeed, our fortitude and knowledge give us power, and this power must motivate us to action. Our collective financial fate is challenged and will continue to be in the future. We are intrinsically bound to one another in this regard. As Martin Luther King eloquently stated, “We are caught in an inescapable network of mutuality, tied in a single garment of destiny.” Let us heed King’s message of “direct action,” unify our efforts to confront wealthy interests and unethical legislation, and “arouse the conscience of not only our colleagues but our communities” by proving that our right to a defined-benefit pension is not to be "diminished or impaired" because it is the solution and template for the preservation of justice and dignity of all workers in Illinois.

A demanding call for engagement will intensify for us in the future. We cannot remain on the sidelines. "Indifference is not an option," even though “It is so much easier to look away… so much easier to avoid such rude interruptions to our work, our dreams, our hopes” (Elie Wiesel). With concerted determination and indomitable courage, let's meet these challenges before us. “What is required of us is a new… responsibility…;     that we have duties to ourselves [and to others]; that there is nothing so satisfying to the spirit, so defining of character, than giving our all to a difficult task” (Barack Obama). Truly, “We Are One,” but only if we demonstrate a willingness to organize and to act upon principles that we believe are so valuable that to do nothing would be an injustice.