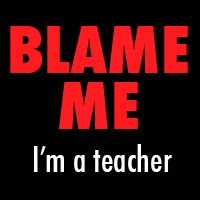 The following is a response by Jane Artabasy to Sunday’s Sun-Times editorial suggesting that it may be time to amend the IL Constitution to enable the gutting of public employee pensions: Chicago Sun-Times:  Time for pension reform 2.0.

As a retired teacher, I resent the relentless and often cavalier attacks on my pension and its relationship with state government. The implications of your Sunday editorial re public sector pensions represent a classic example of the age-old definition of insanity:  continuing to do/say the same thing and expecting a different result.

Yes, the Illinois Supreme Court reiterated what has been crystal-clear all along.  Our teacher/public worker health benefits are a contractual obligation, freely entered into by all parties, enforceable by Constitutional law, and supported by the time-honored American values of ethics and fairness.

The Court made clear that our Constitution still functions as a guide to civic behavior; that it is not merely an irksome obstruction around which to craft clever legislative end runs.  Perhaps this ruling suggests a template for the broader pension decision yet to come. To be fair to the process of jurisprudence, such speculation is probably premature.

However, regardless of subsequent legal outcomes, it appears that you will continue to insist that clear language and contracts interfere with the public good, that any possible path to reducing our benefits is not only admirable but in the civic interest.  Yet you conveniently forget that, like everyone else, we government workers/retirees are taxpayers and consumers of Illinois’ public and private goods and services.  We are not a “problem,” or some troublesome, greedy subset of state citizenry.

Throughout the months-long pension debate in Springfield, corporate media has stubbornly beaten the drum for the false-on-its-face idea that our pension benefits are too generous.  If people accept that red herring—that somehow we’ve gamed the system, far beyond our rights or needs—it seems logical, even necessary, to justify ignoring, nullifying, or amending the clear language of our most important public document.

In following your false premise to its (necessarily) illogical conclusions, your editorial staff has failed to struggle with the larger, more germane issue:  Illinois has an antiquated and unsustainable tax structure.  Revenues are only remotely correlated with the demand for public services.  Corporations and wealthy individuals are offended by the idea that they should pay more because they have more.

When they kick and scream, like petulant two-year-olds, at the mere mention of a measured discussion of tax policy, our spineless and beholden politicians inevitably fold.  We simply must have a public debate, free of rancor and finger-pointing, about achieving a realistic relationship between revenue and public works.

Of course, the flat income tax is also mandated by our Constitution.  If we feel “civic-minded" about debating the Constitution’s pension protections, might we also have that discussion?  It’s time for ethics, fairness, and justice to take the floor in Springfield.  For decades, we Illinois citizens have enjoyed cut-rate public services at least partially subsidized by the willful, cynical stiffing of pension funds.  Let’s fix our money problems without demonizing and punishing public sector citizens/retirees who have done their part, through many decades of teaching and protecting their neighbors, to make Illinois strong.