The So-Called Advanced Placement Student at the University or What Is the Value of AP Courses and Tests Anyway? by Glen Brown

In early May, high school students across the nation take their Advanced Placement Tests so they can receive college credits. Indeed, to save college tuition is advantageous; however, sometimes not enrolling in general education classes, such as Composition 101, is disadvantageous for students.

I taught high school seniors the Advanced Placement Literature and Composition course for several years before retiring. After retirement, I taught former Advanced Placement students who placed out of the three-credit hour composition (or WRIT 101) course at Benedictine University. These students enrolled in a one-credit hour symposium entitled WRIT 104. I taught a total of 16 sections while at BU.

Though we have several in-class and online discussions but only one formally written persuasive essay (in a class that meets one hour per week), I have discovered that some of my students lack an understanding of the deeper, more symbolic meanings of a text as well as the ability to critically comprehend a complex essay in order to assess its relevance and rhetorical style in making an argument.

Some of my students cannot produce focused, insightful analyses. Moreover, some of them lack the necessary proficiency to evaluate the varying degrees of quality and authenticity in sources; to synthesize information that supports a purpose; and to integrate pertinent research in a coherent, well-supported argumentative essay.

It is disappointing when some Advanced Placement students cannot distinguish between facts and opinions, relevant and irrelevant claims, or factual accuracy and fallacious reasoning.

It is unacceptable when some Advanced Placement students do not demonstrate an understanding of the writing process by carefully proofreading their writing for errors and omissions of both form and substance; by revising and restructuring where ideas are poorly organized or where evidence is lacking; and by correcting for errors in syntax, usage, punctuation, spelling and style.

At $89 per test with an $8 rebate granted to the sponsoring school for each test taken at high schools across the nation, one might deduce that Advanced Placement testing is simply a corporate, multi-billion-dollar enterprise without educational value. 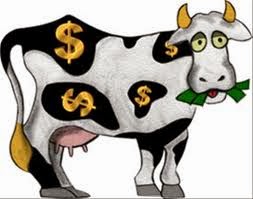 So, What Is the Value of AP Courses and Tests? “High school rankings by popular media usually take into account how many students take AP exams. Some high schools push students to take AP courses whether or not they are prepared, just to satisfy the rankings. But are the AP courses an appropriate measure of high quality?

“A few of the nation’s top private and public high schools have dropped the AP courses, on the belief that their teachers created better courses than the AP. [Click here and here for archives of two New York Times articles].

“A reader responded to an earlier post about the Tucson BASIS charter schools by questioning the value of AP courses and tests: ‘Here is the essence of what Tim Steller wrote about BASIS-Tuscon: ‘the Basis schools require students to take eight AP courses before graduation, take six AP tests and pass at least one…That naturally helps Basis place high in the U.S. News rankings…’ Steller adds this important point in his article about BASIS, made by an education consultant: ‘AP has pulled the wool over people’s eyes across the nation…’

“‘Actually, it’s the College Board that has ‘pulled the wool over people’s eyes.’ About AP, to be sure. But also about the SAT and PSAT, and Accuplacer, the placement test used by more than 60 percent of community colleges. They’re all mostly worthless, more hype than reality…

“A 2002 National Research Council study of AP courses and tests found them to be a ‘mile wide and an inch deep’ and inconsistent with research-based principles of learning. A 2004 study by Geiser and Santelices found that ‘the best predictor of both first- and second-year college grades’ is un-weighted high school grade point average, and a high school grade point average ‘weighted with a full bonus point for AP…is invariably the worst predictor of college performance.’

“A 2005 study (Klopfenstein and Thomas) found AP students ‘…generally no more likely than non-AP students to return to school for a second year or to have higher first semester grades.’ Moreover, the authors wrote that ‘close inspection of the [College Board] studies cited reveals that the existing evidence regarding the benefits of AP experience is questionable,’ and ‘AP courses are not a necessary component of a rigorous curriculum.’

“A 2006 MIT faculty report noted ‘there is a growing body of research that students who earn top AP scores and place out of institute introductory courses end up having ‘difficulty’ when taking the next course.’

“The 2010 book ‘AP: A Critical Examination’ noted that ‘Students see AP courses on their transcripts as the ticket ensuring entry into the college of their choice,’ yet, ‘there is a shortage of evidence about the efficacy, cost, and value of these programs.’ And this: AP has become ‘the juggernaut of American high school education,’ but ‘the research evidence on its value is minimal.’

“As [Saul] Geiser* (2007) notes, ‘systematic differences in student motivation, academic preparation, family background and high-school quality account for much of the observed difference in college outcomes between AP and non-AP students...’

“Klopfenstein and Thomas (2010) find that when these demographic characteristics are controlled for, the claims made for AP disappear. Yet, the myths –– especially about AP, the SAT and PSAT –– endure.

“Meanwhile, the College Board is promoting the Common Core and says it has ‘aligned’ (cough, wink) its products with it. And people believe it. Stopping corporate-style ‘reform and the Common Core is easier said than done. Parents, students and educators are going to have to remove the wool from over their eyes. And that means abandoning blind belief in the College Board and the products it peddles.’”

Quotations are from What Is the Value of AP Courses and Tests? (Diane Ravitch's Blog)

*“[In Geiser’s and Veronica Santelice’s 2004 study that] examine[d] the role of Advanced Placement (AP) and other honors-level courses as a criterion for admission at… the University of California, the number of AP and honors courses taken in high school bears little or no relationship to students’ later performance in college. AP is increasingly emphasized as a factor in admissions, particularly at selective colleges and universities. But while student performance on AP examinations is strongly related to college performance, merely taking AP or other honors-level courses in high school is not a valid indicator of the likelihood that students will perform well in college. These findings suggest that institutions may need to reconsider the use of AP as a criterion in admissions, particularly given the marked disparity in access to AP and honors courses among disadvantaged and underrepresented minority students” (The Role Of Advanced Placement And Honors Courses In College Admissions)].


I was recently criticized on Facebook for re-posting this opinion article in 2018 and for not updating my sources. Though most of what I have stated needs no updates, here is a succinct update:

Though taking a rigorous AP class can be a positive academic experience, many AP classes are not a true measure of high quality, and there is simply no way to determine the value of the high-stakes test scores.  Many students come from high schools that do not have competent and challenging programs. These students are entering colleges and universities without time management, study and note-taking skills and aptitudes for critical thinking, writing and analysis. To make matters worse, high schools across the nation are allowing more and more students - who are often apathetic and unprepared - to enroll in these AP classes for the wrong reasons as well: to assuage parental demands, to save college tuition, to avoid taking essential Freshman courses, and to impress college admissions.
Furthermore, “Questions about the A.P. program’s purpose [and their monopoly for granting college level credits] are complicated further by the fact that it provides a not-insignificant amount of revenue for the College Board. Of the College Board’s total $916 million in revenue in 2015, $408 million came from fees for the test and instructional materials. [This year, the test fee will be $94.]…” (Tugend). Consider the College Board is also “a billion-dollar-a-year corporation which uses its excess revenue—and they are substantial over its cost—to build fancy buildings down on Wall Street and to pay its executives high six figure, if not seven figure salaries’” (Dwyer).