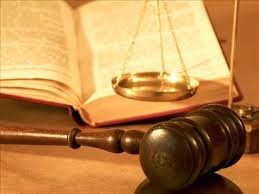 …12.       a. “Illinois has both atypically large debts and structural budgetary imbalances that will, unless addressed by the General Assembly, lead to even greater and rapidly growing debts and deficits. Already, Illinois has the lowest credit rating of any state, and it faces the prospect of future credit downgrades that will further increase the high cost of borrowing.”

b. “The State has taken significant action to address these fiscal troubles, including, but not limited to, increasing the income tax and reducing benefits for future employees. Further, the State has enacted a series of budgets over the last several years that resulted in deep cuts to important discretionary programs that are essential to the people of Illinois.”

d. “[W]ithout significant pension reform, the unfunded liability and the State’s pension contribution will continue to grow, and further burden the fiscal stability of both the State and its retirement systems.”

13.          “These legislative finding are reasonable and justified. They confirm and establish that the Act represents a reasonable and necessary means by the General Assembly to achieve an important public purpose.”

14.          “The Act is presumed constitutional. The Act’s presumption of constitutionality includes the reasonableness and necessity for it provisions in light of the circumstances face by the State and the General Assembly when it was enacted.”

15.          “In light of the magnitude of the pension problem and all of the other efforts the State has made to date, the Act represents a valid exercise of the State’s reserved sovereign powers to modify contractual rights and obligations, including contractual obligations of the State established under Article 1, Section 16 and Article XII [sic], Section 5 of the Illinois Constitution” (from Lisa Madigan’s and Joshua Ratz's “Answer and Defenses”…)

16. Senate Bill 1 is a foul, insensitive attack on public employees’ and retirees’ rights to constitutionally-guaranteed benefits. An unconscionable challenge of those rights and benefits is a serious threat, not only to current public employees and retirees and their families but, to every Illinois citizen. A pension is a contract. Breaking a contract can never be legally or morally justified… (link: Illinois Senate Bill 1, the So-called“Pension Reform” Bill…)

17. "The power of changing the relative situation of debtor and creditor, of interfering with contracts, a power which comes home to every man, touches the interest of all, and controls the conduct of every individual in those things which he supposes to be proper for his own exclusive management, had been used to such an excess by the state legislatures, as to break in upon the ordinary intercourse of society, and destroy all confidence between man and man…” (Chief Justice Marshall)... (link: On Breaking a Contract or So-called Illinois “Pension Reform” and Giving the Money to Corporations)

18. We already know that legislators can rewrite or undo any bill they pass. A conversation with any representative will verify this incongruous reality; consequently, any "Quid Pro Quo" (one thing in return for another) guaranteed by legislators can also become a "Failure of Consideration" (link: The Concept of “Consideration” in Illinois Senate Bill 1)

19. “[Pension reform] constitutes a unilateral attempt to modify public employees’ employment agreements with the State, even with respect to those employees who have already retired… A unilateral reduction of pension rights is unconstitutional, even if coupled with an equally unilateral [precarious] benefit that the [Illinois] General Assembly [and We Are One Coalition] imagines retired and active public employees might theoretically find desirable…” (Gino L. DiVito, John M. Fitzgerald, and Katherine M. O’Brien of Tabet, DiVito & Rothstein LLC (2013) Memorandum to Illinois Retired Teachers Association) (link: Constitutional Issues Concerning…).

20. The Reasons for the State’s “Fiscal Troubles,” “Cuts to Important Programs,” “Unfunded Actuarially Accrued Liabilities of Approximately $100 Billion” and Increases in State Contributions that House Speaker Madigan Did Not Acknowledge: Since 1953, Illinois policymakers have consistently failed to make the annual required contributions to the state’s pension systems, primarily because they could then pay for services and their “pet projects” without raising taxes; moreover, they created a flawed re-funding schedule ("Pension Ramp" Public Act 88-0593 in 1995), and they have refused to correctly re-amortize the pension systems’ unfunded liabilities (link: Illinois Senate Bill 1, the Preamble: Madigan’s [and on May 15th the Attorney General's] Attempt to Justify the Diminishment of a Constitutional Contract through Eminent Domain Powers).

21. “Pension benefits are under siege for two reasons: opportunity and political motives… [Legislators] frame [the] larger discussion of whether the law provides states with a means to achieve a particular objective: the unilateral reduction of public pension benefits to avoid painful tax increases, service cuts, or both… For decades, states have treated pension systems as a credit card to pay for government services and avoid tax increases or service cuts…” (Eric M. Madiar, Chief Legal Counsel to Illinois Senate President John J. Cullerton and Parliamentarian of the Illinois Senate (2012), Public Pension Benefits under Siege: Does State Law Facilitate or Block Recent Efforts to Cut the Pension Benefits of Public Servants?).

“[Moreover, any] attempt to denigrate the validity of decades of judicial precedents about the binding nature of legislation establishing pension commitments to government employees and to motivate state courts to overturn long-settled premises about these commitments would impose its own, unjustifiable costs. The states and their instrumentalities have promised pension benefits to their employees; those employees have relied on those long-standing promises; and as a result the citizens of the states have benefited from the services provided by those employees…” (Douglas L. Greenfield and Lahne, Susan G. (2012), How Much Can States Change Existing Retirement Policy? In Defense of State Judicial Decisions Protecting Public Employees’ Pensions) (link for quotations: Defending and Protecting Public Employees’ Pensions against the Legislative Siege).

22. “The Pension Clause’s plain language reveals that an employee’s contractual rights exist and are legally secured at the time of membership, and those rights cannot be unilaterally reduced or voided thereafter. Nowhere does the Pension Clause limit protection… to only ‘benefits that were previously earned.’ To reach [another] conclusion, the provision would need to add the word ‘earned’ or ‘accrued’ before the word ‘benefits’…” (Madiar (2011), Is Welching on Public Pension Promises an Option for Illinois? An Analysis of Article XIII, Section 5 of the Illinois Constitution) (link: A Trifecta of Political Opportunists).

23. “A plain language reading of the Pension Clause’s text makes clear that governmental entities may not reduce or eliminate a public employee’s pension payments and other membership entitlements once the employee becomes a pension system member. At the same time, the plain language also indicates that an employee’s pension payments and other membership entitlements are ‘contractual’ rights that may be presumably altered through mutual assent via contract principles. [Note: the Cullerton and Coalition agreement did not have approbation of thousands of retirees and non-union members]. Further, the Clause’s prohibitory language against the diminishment or impairment of pension benefits is cast in absolute terms and lacks any exceptions…” (Madiar (2011), Is Welching on Public Pension Promises an Option for Illinois? An Analysis of Article XIII, Section 5 of the Illinois Constitution) (link: Illinois Pension Clause’s Convention Debates, Text and Historical Background).

24. “Illinois courts have concluded that the Pension Clause affords legislature no police reserved power” to impair a constitutional guarantee (Madiar (2011), Is Welching on Public Pension Promises an Option for Illinois? An Analysis of Article XIII, Section 5 of the Illinois Constitution) (link: What happens if the Illinois public pension funds are “on the verge of bankruptcy?”).

25. “One might assume the government of Illinois would not want to prove that its promises are worthless, especially when the most basic purposes of the impairment [of the contract] clause [Article XIII, Section 5] as well as notions of fairness that transcend the clause itself, point to a simple constitutional principle: government must keep its word” (Laurence H. Tribe, American Constitutional Law) (link: A Discussion We Do Not Want to Have).

26. What is at stake right now is not a potential adjudication of claims that public employees will have against policymakers who want changes to retirees’ and public employees’ earned compensation and rights, but to respect the retirees’ and public employees’ contractual and constitutional promises because they are legitimate rights and moral concerns not only for public employees, but for every citizen in Illinois: for any unwarranted acts of stealing a person’s guaranteed rights and earned compensation will violate interests in morality and ethics and the basic principles of both the State and United States Constitutions that protect every one of us (link: Illinois Pension Reform Is Without Legal and Moral Justification).

27. Many legislators of the Illinois General Assembly are controlling the focus and conversation regarding the state's pension debt, while ignoring the causes of the state's budget deficits. No matter what pension reform bill is passed, it will never be enough to address the serious underlying problems that exist. These legislators will attack public employees' pensions again because they were able to make retirees and public employees the scapegoats for the problems they have caused. Public employees across the country are also victims for much greater problems… (link: Why Any Illinois "Pension Reform" Is a Devious Ruse).

28. Illinois legislators ignore the fact that the state “suffers from structural deficits or from failure of revenues to grow quickly as the cost of services…, [and that] structural deficits stem largely from out-of-date tax systems, coupled with costs that rise faster than the economy… Fixing these structural problems would help [Illinois] balance [its] operating budgets without resorting to [a reckless and radical “pension reform” instigated and propagandized by the Civic Committee, Civic Federation, Chicago Tribune and the legislators they influence]” (The Center on Budget and Policy Priorities) (link: Understanding Illinois’ Budget Deficit and Solutions).

29. To let the courts decide again is a reckless disregard of a senator’s and representative’s duty to uphold the State of Illinois and the United States Constitutions. Besides the datum that a State cannot pass any law “impairing the obligations of contracts” (Article I, Section 10, of the Constitution of the United States), “[any] attempt to denigrate the validity of decades of judicial precedents about the binding nature of legislation establishing pension commitments to government employees and to motivate state courts to overturn long-settled premises about these commitments would impose its own, unjustifiable costs (link: Challenging Public Employees’ Earned Constitutionally-Guaranteed Benefits: Antedated Illinois Court Cases).

30. "…The guarantee on which so many relied has been violated. On December 3, 2013, the General Assembly passed, and on December 5, 2013, Governor Pat Quinn signed into law, a 'reform' of the Illinois pension system. That legislation was known as Senate Bill 1 and now is Public Act 98-0599. It is not true reform. It is an unapologetic violation of the Pension Protection Clause of the Illinois Constitution. Public Act 98-0599 directly diminishes and impairs the benefits of membership in a retirement system of the State…” (link: COLA: a Guarantee for Illinois Judges (What about Public Employees?).