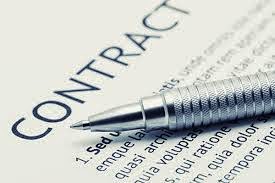 [Of Special Note: New Hampshire's legal basis for protection of past and present public pension rights (or accruals) is through contract. In Illinois, the guarantee is stated explicitly in its State Constitution].

“Higher employee contributions are unconstitutional, according to unions:

“Four public employees’ unions are taking the state to the Supreme Court, seeking reversal of 2011 increases to the amounts they pay toward their pensions, as well as refunds for increased pension payments they made during the last three years.

“The Supreme Court decision could mean a loss of $25 million to $50 million a year in employee pension contributions, and refunds of $75 million to $150 million, according to Marty Karlon, spokesman for the New Hampshire Retirement System.

“The unions seeking to overturn that so-called pension reform are members of the Professional Fire Fighters of New Hampshire, New Hampshire Police Association, the National Education Association and State Employees Association of New Hampshire. They are represented by attorney Andru Volinsky, who successfully secured cash refunds for municipalities that overpaid for health and liability insurance through the municipal insurer formerly known as the Local Government Center.

“Volinsky said the 2011 increases to employees' pension contributions that were mandated by the Legislature are unconstitutional under ‘contract clause,’ because they were imposed upon employees ‘already in the system.’ Those employees made contractual agreements with their public employers to pay a specific portion of their earnings toward their pensions and those agreements cannot be changed during their careers, he said…

“‘Changing employment terms, after both sides agreed to them, said Volinsky, is like telling a plow driver he'll be paid $50 an hour to clear roads, then telling him in the middle of a snowstorm he'll be paid less.’

“Representing the state, Associate Attorney General Richard Head cites case law saying that a law such as the one that increased the employees' pension contributions ‘is not intended to create private contractual or vested rights, but merely declares a policy to be pursued until the Legislature shall ordain otherwise.’

“All public employees have been paying these increased pension contributions since the law took effect July 1, 2011, according to the state.

“Volinsky said public employees took their jobs knowing they're paid less than their private counterparts and the lower pay was offset with ‘richer’ pensions. ‘Part of the deal is a dependable pension,’ he said. ‘Then, all of a sudden, the 2011 Legislature says, you know that pension we promised you? You can't rely on that.' And if that's true, he argues, ‘What's to prevent increases of 50 percent or 80 percent? The state is held to its contracts.’

“Head argues that many public employees took their jobs because there's nothing comparable in the private sector and he doubts the Supreme Court will be interested in that debate. The associate attorney general said employees' pension contributions are comparable to their health insurance contributions that are also a benefit with no guarantee that employees ‘will never pay a dime more.’ There's nothing in the law saying that once the pension contribution is set at 5 percent, it can never be raised or lowered, he said.

“According to Head, state law does not use ‘unmistakable language,’ as required, to guarantee set pension contribution rates. Volinsky counters that, ‘If they can change this, they can change the amount of the payout and the number of years’ an employee has to work before being eligible to start drawing a pension. ‘How is that fair?’ he asked.

“Head said the law does state that employee pension contributions cannot exceed contributions made by their municipal employers. In other words, the most public employees could be mandated to contribute would be 50 percent of his or her pay. The state also argues that language in pension law allows future legislatures to evaluate pension contributions and adjust them up or down.

“In his brief to the Supreme Court, Volinsky outlines the history of how the state pension system became underfunded, including the state's ‘raiding’ of the fund and its history of failing to fully contribute to it. He also reminds that the state recently ceased paying a portion of the pension contributions.

“Now, he said, the state wants public workers to make up the difference, when it's new employees and municipalities that should fill the funding gap.

“Volinsky said the only changes that can be made to employee contracts are through quid pro quo, when they receive something in exchange. ‘They were induced to work for the government’ with specific pension promises, he said.

“Head argues that, like health insurance, as pension plans are adjusted, employee contributions are legally allowed to be adjusted accordingly. ‘We say there's nothing special in the retirement package that says nothing will ever change,’ he said.

“According to Head, the New Hampshire Municipal Association, the Association of Counties and the School Board Association have filed briefs in support of the state's position.

“If the Supreme Court affirms a Superior Court decision that says vesting occurs for employees after 10 years, Karlon said, ‘future contributions for those members who had 10 years of service would be adjusted to the contribution rates that were in place prior to July 1, 2011. This would result in a decrease of about $25 million in contributions annually to the system.’  If refunds to those employees are ordered, ‘there would be about 25,000 affected individuals and $75 million in refunds,’ Karlon said.

“If the Supreme Court rules all full-time employees are to be considered vested, that would result in a decrease of about $50 million in annual member contributions to the pension fund, according to Karlon. If refunds are ordered under that scenario, ‘there would be about 49,000 affected individuals and $150 million in refunds to be made by or through employers,’ according to the NHRS. In either case, he said, ‘this means that employer contribution rates would have to increase to offset the loss of revenue to the system.’

“The New Hampshire Retirement System is ‘discussing scenarios for several possible outcomes,’ he said. ‘Any outcome that includes changes to member contribution rates or individual member accounts will require significant modifications to the pension database.’

“Volinsky said, ‘Overpayments should be refunded, yes. The retirement system should not be allowed to keep that if it's unconstitutional. That part is easy.’ Volinsky wrote to the Supreme Court that the NHRS ‘paints a drastic picture that mass logistical calamity will erupt should (the unions) succeed and seek an equitable refund of their excess contributions.’ If the unions win, he wrote to the court, they will ‘work cooperatively’ with the NHRS ‘to determine an appropriate, efficient and practical manner in which to credit (union members) for their excess contributions. Thus, Volinsky tells the Supreme Court, ‘the court should not be tempted by the NHRS's doom and gloom contentions.’

“Oral arguments from both sides are scheduled to be presented to the Supreme Court on May 15.”