A Letter from the Inside: an Illinois Teacher Describes another So-called Panacea from Ed Reformers 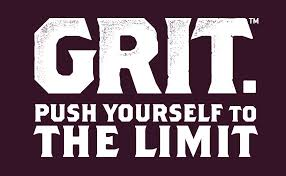 "What’s the best predictor of success in a person’s life, including when it comes to goals in education? 'Grit,'" says psychologist Dr. Angela Lee Duckworth.


Hey Kid!  Pull Yourself up by Your Bootstraps and Get Some True Grit!

by H.D. Worth, Teacher in the Trenches

What’s the first thing that comes to mind when you hear the word grit? Grit, as in hard abrasive particles of sand, stone or gravel?  Grits, as in the Southern breakfast delicacy?  True Grit, as in John Wayne wearing an eye patch? G.R.I.T., as in “God, Really, It’s Terrible.”

The educational buzzword and current fad of the day is “grit.”  According to corporate reformers, “grit” is now the most important indicator in determining academic success.   In the educational world, it’s the personality trait of students who don’t give up on a task, whatever it may be, and are resilient in the face of failure over a long period of time.

“Grit” means that kids just need to learn how to tough things out, no matter how miserable the task at hand.  It means kids need plenty of opportunities to fail and then attempt to rebound.   Even if a student has a learning disability, lack of background knowledge, or lack of basic skills, copious amounts of “grit” are all that are needed.

If a kid is poor?  He or she just needs more “grit.”  If poverty is a problem in the community?  “Grit” is the solution.

“Grit” completely ignores the fact that poverty leads to adverse effects on learning due to a higher rate of homelessness, poor nutrition, lack of health care, substandard living conditions, inadequately funded schools, abuse and neglect, behavioral and socio-emotional issues, and developmental delays.  I guess kids are expected to “grit” their way through hunger and pain; there is no need to take care of them.

Why is the “grit” fad spreading so quickly?  Common Core proponents, like Arnie Duncan and Bill Gates, know that their business plan is in trouble.   Now they can blame kids for not having enough “grit” to conquer material that isn’t developmentally appropriate.  They can say kids just need to “grit” it out on standardized tests, like the PARCC, which are tedious and poorly constructed.  They will tell you kids need more “grit” to fit into their one-size-fits-all reform box.

And by the way, the oligarchs couldn’t be happier now that they have another excuse to completely dismantle the social safety net.  So pick yourself up by your bootstraps, kid, and get yourself some “grit.”

For further reading:
Does Teaching Kids to Get “Gritty” Help Them Get Ahead?
Alfie Kohn on Grit and Its Misuses
Ten Concerns about the “Let’s Teach Them Grit” Fad
The Effects of Poverty, Hunger and Homelessness on Children and Youth